Joshua vs Ruiz Jr: Anthony Joshua against Deontay Wilder is 'only fight' to make next, says Eddie Hearn

By Richard Damerell and Jake Meskell

Anthony Joshua against Deontay Wilder is the "only fight" to make next for both world heavyweight champions at the end of the year, says promoter Eddie Hearn.

Britain's unified champion makes his US debut against Andy Ruiz Jr at Madison Square Garden on June 1, live on Sky Sports Box Office, just a fortnight after WBC champion Wilder battles Dominic Breazeale in the same city on May 18, live on Sky Sports.

Matchroom Boxing boss Hearn still wants to agree terms for a blockbuster bout between Joshua and Wilder, with all the world titles at stake, although he questioned whether the fight is such a pressing priority for the American.

"Josh is fighting June 1 and then he'll go in November-December, and that's when we want the Wilder fight.

"It's the only fight to make next for both guys, but everything we're hearing out of their camp is not really giving us much encouragement that this is the fight that is going to happen."

With Joshua's next career move to be decided, Hearn insists a number of other opponents could force themselves into his plans.

Oleksandr Usyk remains in contention for a WBO mandatory title fight, despite his heavyweight debut being delayed by injury, while British rivals Dillian Whyte and Tyson Fury could also be considered.

"It's frustrating because Joshua wants all the big fights, but what can you do? You can just keep winning," Hearn added.

"We saw Usyk got injured yesterday and he's out of May 25th, but he will be the mandatory and that's a fight that could happen in December. 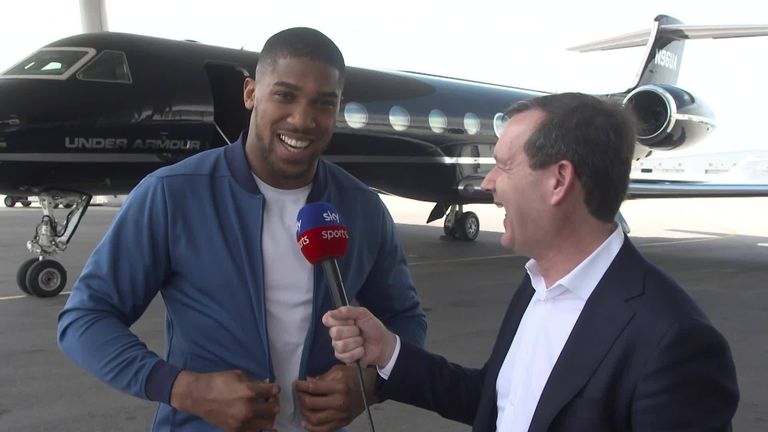 "Maybe Josh fights Tyson Fury, maybe he takes the IBF mandatory in Pulev. Anything can happen. Really the most important thing for those four heavyweights is to just to win their next fights, because in this division anything can happen.

"It's all very well talking about future fights. If someone slips up, it's over."