Floyd Mayweather is making a mistake in his choice of cornerman for his showdown with pound-for-pound rival Manny Pacquiao, says the Filipino fighter’s trainer Freddie Roach.

Mayweather plans to have his father Floyd senior in his corner when he puts his WBC and WBA welterweight titles on the line against WBO champion Pacquiao at the MGM Grand in Las Vegas on May 2.

However, Roach believes the American would have a better chance of extending his record of 47 professional wins by placing his faith in his uncle Roger Mayweather.

"My whole thing is, Floyd's not going to have his best cornerman in his corner because there's no question in my mind that Roger is the better trainer," Roach told Yahoo Sports.

"Floyd got 90 per cent of his wins with Roger working with him. Roger is way better. I think Floyd Sr is a terrible cornerman, I really do. 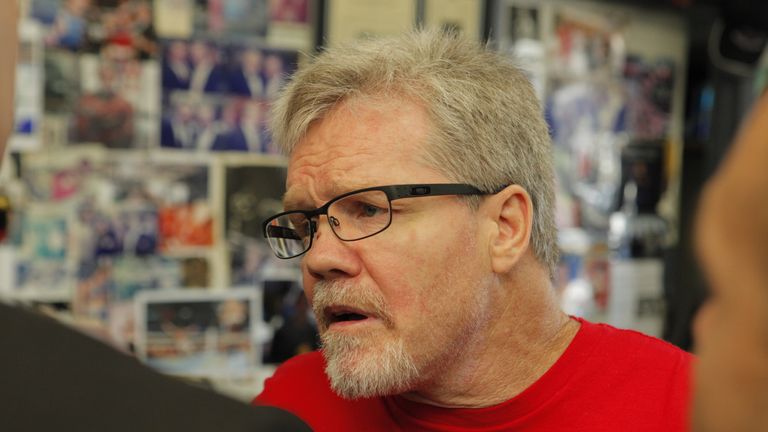 Floyd got 90 percent of his wins with Roger working with him. Roger is way better. I think Floyd Sr. is a terrible cornerman, I really do.

“That's going to work to our advantage on fight night because in the corner, I'm not going to be nervous and I'll be able to calmly talk to Manny and make whatever adjustments we have to make.

"But Floyd Sr can't get his message out in that minute period. He gets so excited and worked up and he starts to stutter so he can't give his fighter any useful information."

Former welterweight Floyd Sr is credited with honing his son’s defensive skills but Roach is not convinced and believes Mayweather Jr became one of the best boxers in the history of the sport largely by himself.

"Look, Floyd was in the gym when he was five and the guy was born to fight," added Roach.

"Everyone who has been around this sport knows that. You have to give him a ton of credit. He has great talent, but he's extremely smart in the ring and he knows what he's doing. He's training himself now. I know that. He's a self-made guy.

"He'll get himself prepared for this fight because he always has done that. But in a fight like this, where it's a tighter fight and he's not such a huge favourite, he could use a little advice or suggestion from his corner.

“But he's not going to get that from his father, so that's another advantage for us."