Amir Khan vs Canelo: Carl Froch thinks Khan can spring another surprise and beat the Mexican

Carl Froch was surprised as anyone to learn Amir Khan is taking on Saul 'Canelo' Alvarez, but believes Khan has the attributes to beat the WBC middleweight champion...

Out of the comfort zone

You've got to give Amir Khan credit for taking such a dangerous, dangerous fight.

I was as surprised as everyone when on Tuesday night I found out that he'd be taking on Saul Alvarez but the more I think about it, he can definitely pull off an even bigger shock and win. 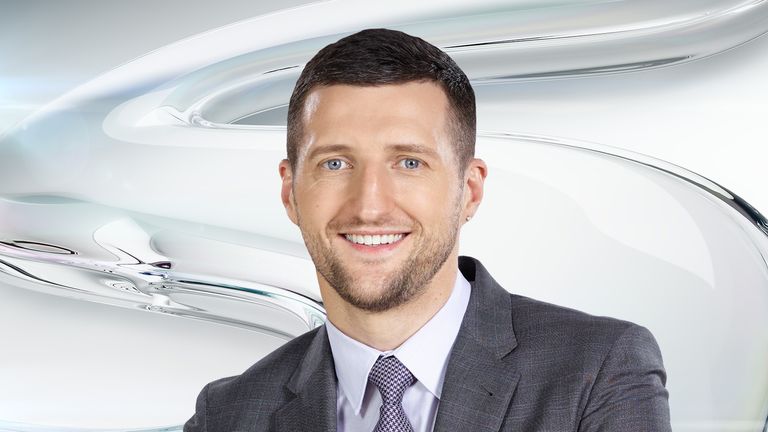 To take Canelo on deserves the utmost respect and for the fans it will be a great fight. For Khan it will be a huge risk but I honestly think he can do this.

To take Canelo on - up at least 10lbs in weight - deserves the utmost respect and for the fans it will be a great fight. For Khan, it will be a huge risk but I honestly think he can win this.

If Khan uses his speed and his range and stays on his toes for the full 12 rounds, he has a real chance. He has great boxing ability - we know that.

If he does get caught on the way in, you've got to say he's in trouble. He is moving up another weight division and Canelo is a big puncher as well, so it is massively dangerous.

But Amir has got some courage, that's for sure.

In the past I had been very critical of Khan not having a chin but I remember that fight he had with Marcos Maidana a few years ago and he took some proper heavy shots in that one and came through it.

I might be one of the few that is giving Khan a chance but you have got to respect him. He didn't have to take it, did he?

It is disappointing that the fight with Kell Brook won't happen this summer, but that happens in boxing. Maybe Khan and his team priced themselves out, I don't know.

Kell is the established world champion who needs a little bit more respect but if I am honest, Khan is probably the bigger name. It could well happen down the line but none of us will really know why it won't happen this summer.

One thing you can't argue is that taking on Canelo is a massive, brave gamble. But there is also a chance that Khan could surprise us all again and actually win.