Juan Manuel Marquez has revealed that he could return to the ring to take on Miguel Cotto later this year.

The 42-year-old Mexican has not boxed since a May 2014 victory over Mike Alvarado at welterweight but, after battling injury, has no plans to call time on a storied career that has brought him seven world titles in four weight classes.

Marquez (56-7-1-KO40) said he would end his two-year absence from the ring with a warm-up fight before taking on 35-year-old Puerto Rican Cotto (40-5-KO33), himself a world champion at four weights. 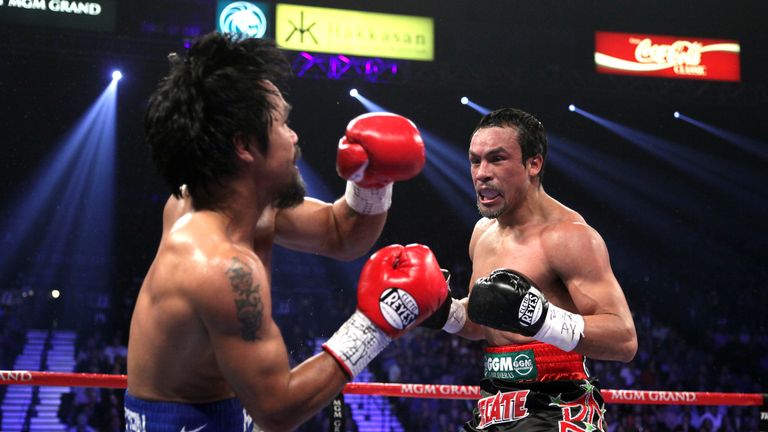 I have to get on pace with a fight in May and then why not consider a fight with Cotto in September or October?

"I talked to Cotto's people and told them about my situation and what I want," he said in a press conference report from boxingscene.com.

"It appears that Cotto wants to fight in June and I want to fight in May because two years of inactivity is a very important factor.

"I have to get on pace with a fight in May and then why not consider a fight with Cotto in September or October?"

Marquez is best known for a stunning four-fight series against Manny Pacquiao, finally winning by vicious knockout in their final bout after two defeats and a draw.

He has also shared the ring with Floyd Mayweather and defeated compatriot Marco Antonio Barrera.

Cotto last fought in November and was outpointed by Saul 'Canelo' Alvarez.