Dillian Whyte and Hughie Fury have been ordered to fight for the vacant British heavyweight title.

The British Boxing Board of Control have called for Whyte and Fury to fight for the Lonsdale belt, which was vacated by Anthony Joshua.

Whyte challenged Joshua for the vacant title back in December and was halted in the seventh round by his bitter rival at The O2, but could receive a second shot at the belt later this year.

Robert Smith, the chairman of the British Boxing Board of Control, told Sky Sports: "The purse bids are due in June, to take place by the end of September.

"The purse bids are due on June 8, however, they have between now and June 8 to negotiate the private deal if they wish."

The board have also ordered two eliminators for the British title, with Dave Allen to challenge Sam Sexton for the vacant English belt, and Gary Cornish to fight Ian Lewison.

Allen has welcomed the opportunity to claim the English title, but would happily accept an immediate shot at the British belt, if either Whyte or Fury turn down the requested fight.

"That could turn into a British title shot for me, if one of Whyte or Hughie don't want the fight," Allen told Sky Sports. 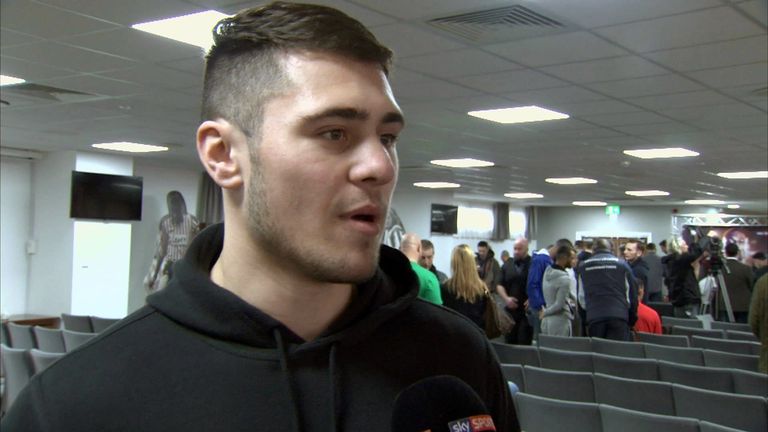 I'll happily fight anyone in Britain for the British title. It doesn't matter who it is, as I've said before.

"I'll happily fight anyone in Britain for the British title. It doesn't matter who it is, as I've said before.

"I'm a young, hungry heavyweight, who is coming off two wins on Matchroom shows, so I don't see why it shouldn't be me. I'm ready and willing to do that whenever I get the call.

"(Promoter) Eddie Hearn is the main man in British boxing and he knows something good when he sees it. I'm a good fighter. I'm young, I'm very charismatic. I bring a bit of character to heavyweight boxing, I bring the talk, and I'm also a devilishly handsome man. I doesn't hurt, does it."