The WBC has ruled to support an 'ultimate heavyweight fight' between Anthony Joshua and the winner of Deontay Wilder's WBC title clash with Tyson Fury.

WBC champion Wilder opted to fight Fury in Los Angeles on December 1 after he was unable to agree a blockbuster bout against Joshua, the WBA 'super', IBF and WBO title holder.

A Wilder-Fury rematch could potentially delay the Joshua fight even further, but WBC president Mauricio Sulaiman still wants a WBC champion to battle for the right to become the undisputed king of the top division.

"Absolutely, that's a fight the world wants to see," Sulaiman told Sky Sports. "That's a fight the WBC has just ruled to support. During our convention, a ruling of the mandatory status included the provision of trying to make the winner of Fury-Wilder against Joshua.

"I'm not certain about any contract. That's a private agreement, but the WBC is of course the one that orders the fights, so our position is that we want to see the ultimate heavyweight fight, which involves Joshua and involves the WBC champion." 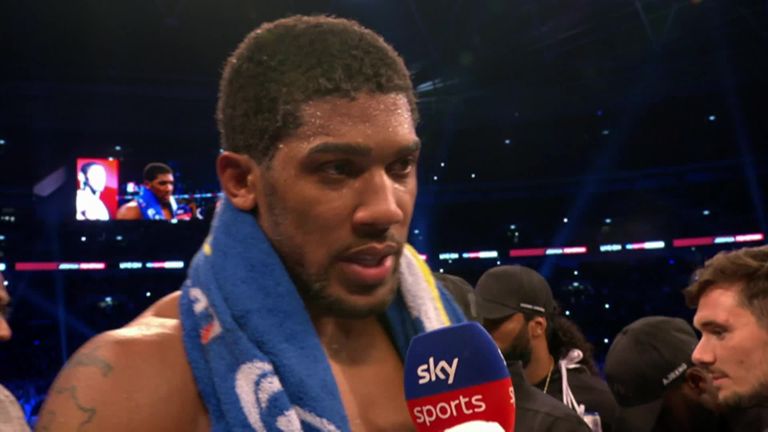 Joshua's promoter Eddie Hearn has expressed his frustration at the breakdown in talks with Wilder's team as he wants to reach an agreement before the end of the year for the fight to be staged at Wembley on April 13.

Sulaiman has welcomed the prospect of another stadium fight following Joshua's recent world title victory over Alexander Povetkin in front of a huge attendance.

He said: "To see boxing with 90,000 fans, regardless which country you're in, has to be a great motivation which shows the moment that is being lived in the UK, in England, with Joshua.

"I much rather see fights in stadiums than in casinos. I like to see the fans at the arenas."