Amir Khan and Kell Brook are now in active negotiations for a long-awaited battle and promoter Eddie Hearn is excited that "a special moment for British boxing" is drawing closer.

Khan recently told Sky Sports that "nothing can stop" a showdown finally taking place after claiming his rival has agreed to come down to the 147lbs welterweight limit.

Hearn, the mediator between both teams, echoes that confidence and confirmed that active negotiations are now firmly underway between Khan and Brook, with a fight in early 2019 looking increasingly likely. 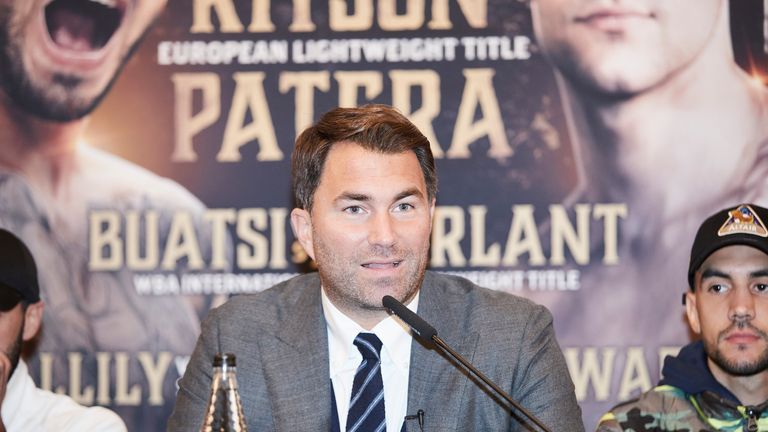 It's the first time where we've probably actively negotiated and it has never happened before.

"We are (edging closer) actually," the Matchroom Boxing boss said.

"It's the first time where we've probably actively negotiated and it has never happened before.

"Probably in five years trying to make this fight we've never been at a stage where we are actually going back and forth with information, planning dates, and things like that.

"There is a long way to go, but I do believe now that both guys have got it in their head that that fight will happen in February or March next year.

"Kell will probably box in Sheffield on December 8. He hasn't boxed since March, Amir obviously just boxed and I am hopeful and excited that this fight, that has eluded us for so long, could be close to happening."

Khan has suggested that his Sheffield counterpart has agreed to a 10 pounds rehydration clause but Hearn says no such ruling has yet been confirmed.

The promoter hopes the pair will eventually come to a deal though and, in doing so, set up a "very special moment for British boxing."

"Kell would like to fight at 150lbs but Amir has got a point: 'I am a welterweight, if you want this fight, come to my weight' - and Kell can make 147," Hearn said.

"He's already in camp and has been for a long time because he knows he can't afford to make any mistakes if he's going to make 147.

"He can make it, there is talk of a rehydration clause but nothing is confirmed on that.

"It's not going to be easy, both guys are going to want their advantages going into this fight, but I just want to get it made.

"When those two come face to face and we announce that fight it's going to be a very special moment for British boxing, so fingers crossed we can get it over the line."