By Andy Clarke and Richard Damerell 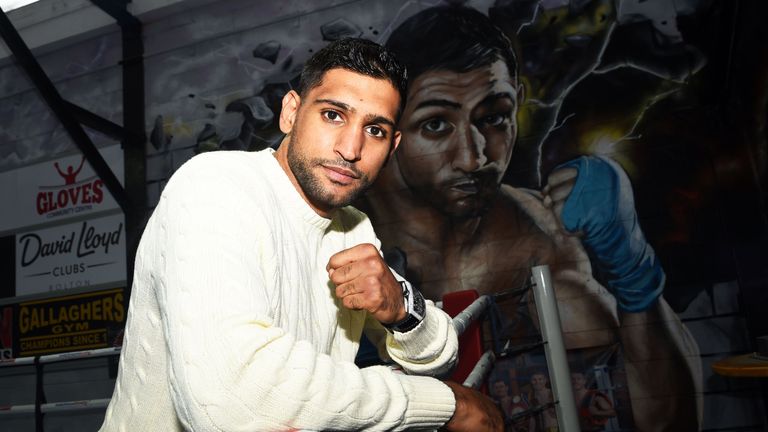 Amir Khan says "nothing can stop" his fight with Kell Brook as they have agreed a weight 'clause' for the long-awaited British battle in 2019.

Promoter Eddie Hearn has been mediating between both teams, with Brook willing to take the fight at 147lbs, and Khan suggests his rival will not pack on more than 10 pounds on the day of the bout.

The two fighters had been linked with a potential fight against Manny Pacquiao, which had threatened to derail the domestic clash, but they could be finally edging close to a deal.

"Obviously me and Brook are with Eddie Hearn," said Khan. "I've left that to Eddie to do all the negotiations, to speak to both parties, to speak to his trainer, his manager, himself.

Nothing can stop it. He's agreed to be 147, and also have a rehydration clause of 10 pounds. I'm happy with that.

"But look, it's a fight I would love to have, and I think it would make a lot of money financially for both fighters, but at the same time it would be a massive fight in the UK. It's a fight that the fans want. Why not make it happen?

"Nothing can stop it. He's agreed to be 147, and also have a rehydration clause of 10 pounds. I'm happy with that.

"If he's happy to take that, so am I. That fight can happen then 147 it is, and we're with the same promotional team, so that makes the fight even easier. Let's see what happens."

Hearn had been hoping to stage the bout at a stadium in December, but Khan has revealed he wants to push it back to 2019 to allow for a longer promotional campaign, and training camp.

"This year, I think will be difficult," said Khan. "It will be probably next year, because we are coming towards the end and obviously we would want to promote that fight to be a mega fight.

"We want to make it the biggest fight probably in Britain for a long time. The way we do that is by promoting it the right way, and having a good training camp, so that way, there are no excuses."

You can hear more of our exclusive interview with Amir Khan on this week's Ringside Toe 2 Toe podcast.