Jarrell 'Big Baby' Miller is closing in on a WBA 'regular' title fight this year and Anthony Joshua would be welcome to watch from ringside, says promoter Dmitry Salita.

The unbeaten New Yorker cemented his lofty position in the heavyweight rankings with a second-round stoppage win over Tomasz Adamek in Chicago earlier this month.

Miller could make a swift return to challenge for the WBA belt, with Puerto Rican Fres Oquendo and fellow American Trevor Bryan thought to be potential opponents for a vacant title clash after champion Manuel Charr failed a drug test.

"That should be Jarrell's next fight," Salita told Sky Sports. "We're working on it pretty intensely and hopefully that will come together in the next couple of days. We're working on a fight before the end of the year, which could be confirmed very soon.

"There are several possibilities that we are exploring that can work in the appropriate time frame, and it's purely up to the WBA of who they deem appropriate to fight for that belt." 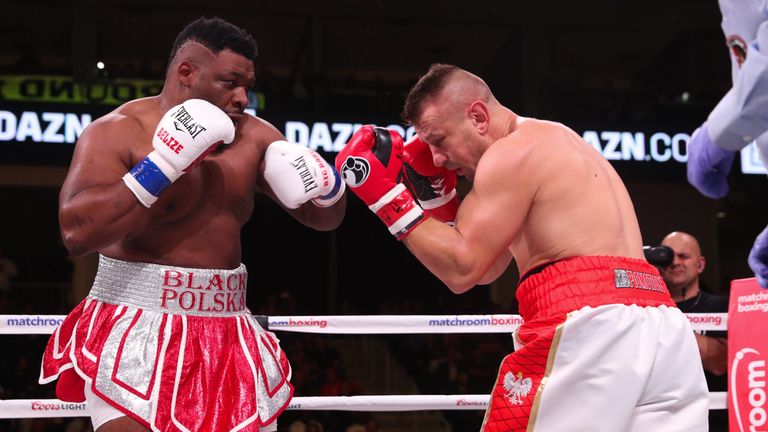 Joshua's promoter Eddie Hearn confirmed that Miller remains a possible opponent "towards the end of 2019", and Salita says his fighter would travel to face the unified champion in front of a huge British crowd.

Asked if Joshua should attend Miller's next fight, Salita said: "Yes, I think that would be great.

"I was at Joshua's fight versus Povetkin in September, and it was really a phenomenal atmosphere.

"If this clash happens in England, I think that Jarrell will take it. He'll use that energy of 80-90, maybe for that fight there will be 100,000 people to inspire him.

From the day that fight is announced, until the fight happens, will be tremendous for boxing fans around the whole world.

"He's had a tremendous amount of experience back from his kickboxing days, travelling to the hometown of the guy that he was fighting, and winning, or maybe it's Joshua's first fight in the United States.