Lee Selby will return to fight at lightweight and is targeting a domestic showdown with either Anthony Crolla or Ricky Burns.

'The Welsh Mayweather' has not fought since his May defeat to 'Leeds Warrior' Josh Warrington at Elland Road, in which he lost his IBF featherweight crown.

Lee Selby looks to kick-start his second chapter in boxing.

Selby believes he had outgrown the division long before that points defeat and is now intent on making up for lost time as he looks to become a two-weight world champion.

Speaking exclusively to Sky Sports, Selby said: "It was a massive struggle for me to get my big frame down to the 9st featherweight limit. 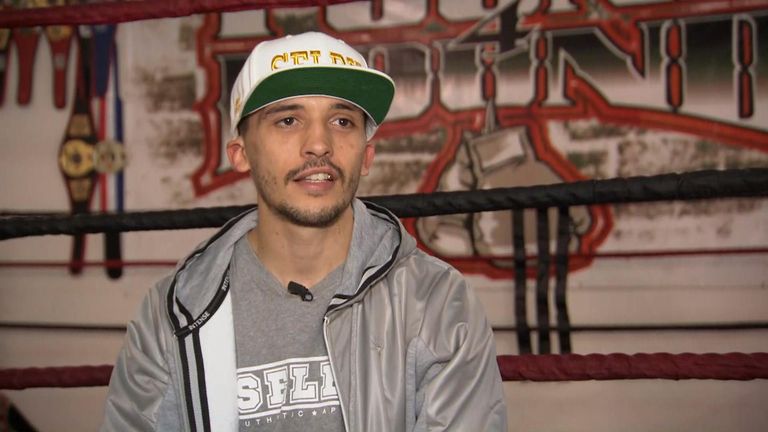 People say 'I'd be too small and lack power at 135lbs', but I've been in with top lightweights and have even been the bigger man.

"Even super-feather was only a 4lbs difference and I didn't think that gain would benefit me too much. Lightweight is my natural weight and I am ready to show just that.

"When I'm at the gym, sparring at my natural weight, I'm known as a big puncher. As soon as I start losing the weight and go below 10st, the power decreases. Now, I will show my power.

"I had to stay at 126lbs to defend my title. I'd never vacate a title after working so hard to get it, that would just feel like quitting.

"Really I should have moved up as far back as 2012 after I won the British outright, that's when the stoppages stopped, I had outgrown the division and had no power. I didn't complain and just carried on making weight."

Selby is ready to kick-start a fresh, new, chapter in his boxing career and will begin his stint at 135lbs in December.

The Barry slickster joins a pulsating division, both domestically and internationally, and is ready to mix it with the very best.

"I want to be in with the top fighters. The biggest names we have in the UK at lightweight are Crolla, maybe Burns and [Luke] Campbell. I'd love to get straight in the mix with them now.

"I sparred with Burns before his [Terence] Crawford defence, it was great, and Crolla would be perfect. I had feedback that I'd be too small and lack power, but I've been in with these guys sparring and I'm the bigger man.

"I just want big fights, either domestic or internationally. I'm ready to get straight in there.

"I'm waiting on my manager to confirm details but I will be returning in December. I'd like any title shot or an eliminator.

"[Vasyl] Lomachenko and [Mikey] Garcia have the belts tied up at the minute and I'd happily take them on, of course I would. If you're not willing to be in with the best then you shouldn't be fighting."

Watch the action from Boston with Demetrius Andrade vs Walter Kautondokwa, Katie Taylor vs Cindy Serrano, Tevin Farmer vs James Tennyson, with Kid Galahad, Tommy Coyle and Scott Quigg on Sunday morning, from 12am, live on Sky Sports Action.