Derek Chisora has promised to “take out” Dillian Whyte without the need for the judges when they fight again.

Chisora was on the wrong end of a split decision two years ago but, on Saturday live on Sky Sports Box Office, does not plan to rely on the ringside officials.

Asked if the split decision in the first fight still annoyed him, Chisora said: "No. I am going to take him out."

Asked in what round, he replied: "I don't know, but I will take him out.

"The first fight was special. This one is going to be amazing. 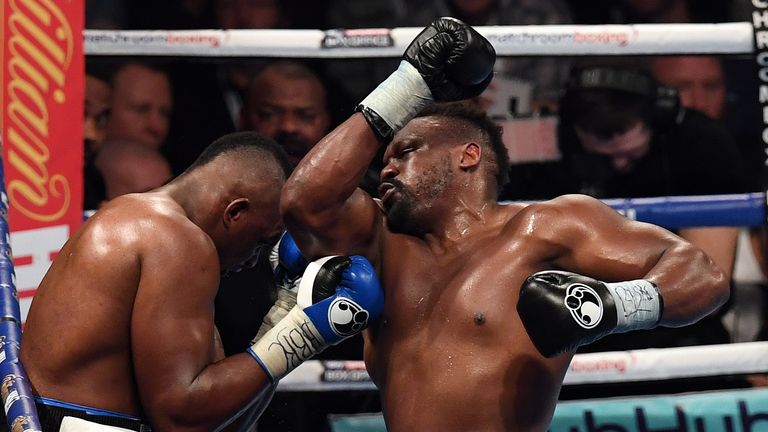 By the time the bell goes 'ding ding ding' I am going to come after him.

"It's going to be so amazing that you aren't going to want to sit down. That's how much confidence I have in myself.

"By the time the bell goes 'ding ding ding' I am going to come after him.

Since losing to Whyte in December 2016, Chisora slumped to a disappointing defeat to Agit Kabayel but then produced a career-best knockout against Carlos Takam.

He has also added David Haye, a former bitter rival to whom he lost in 2012, as his manager overseeing his training camp.

"Sometimes you need a bit of change. Change is good for everybody. Certain things have changed in my life, and this was one of the changes.

"David has sorted the programme out and said: 'this is how hard you have to work, to get what you want'."

Chisora's trainer Don Charles had his jaw broken by Haye in the notorious brawl in Germany six years ago that kicked off their feud but the hatchet has been buried.

"[Chisora] has listened to Haye, his manager," Charles said. "Collectively we have taken on board [what Haye has brought], he as a fighter and me as a trainer. We have worked harmoniously."

Chisora has received the notable backing of Anthony Joshua, who he once shared an amateur gym with.

"I think Derek is going to whoop Dillian. I want him to," Joshua told Sky Sports.

"I want Chisora to win. I don't want too much good for Dillian because he's an enemy of mine. But I want Dillian to win as well, so we can have our rematch."