"We know how hard he punches, we know the combinations he puts together."

As Anthony Joshua considers his options for his rematch with Andy Ruiz Jr, we asked for tactical advice from the men who plotted the Mexican's sole professional defeat.

Joshua is expected to make a decision next week on where his second fight with Ruiz Jr will be staged after he suffered a shocking defeat on his US debut at Madison Square Garden earlier this month.

Joseph Parker watched the fight with trainer Kevin Barry at the New York venue and the pair have offered reasons for Joshua's first defeat and ways to gain revenge, as the New Zealander remains the only fighter to defeat Ruiz Jr in the pro ranks.

Did Ruiz Jr's victory surprise you?

He did a great job and his team did a great job in getting that victory. It was good to see how hungry he was for it and he's now made history for Mexico and his family.

Kevin Barry: I think everybody was surprised, but we knew what Andy was capable of. Andy has always had enormous talent and potential. His biggest problem has always been his inactivity, and obviously his weight fluctuation.

For him to come out and do that was a shock for everyone, but less of a shock for Joe and I because Joe had also sparred a lot if rounds with Andy, early in his career, prior to fighting him for the world title. We know how hard he punches, we know the combinations he puts together, we know the deceptive hand speed he has and I also knew the skill level of Andy Ruiz.

Where did it go wrong for Joshua?

Joseph Parker: Firstly, in the beginning, we didn't think that he looked right. I think a lot of people picked up on some of the stuff he was doing in the corner, getting his neck massaged and this and that. The good thing is he didn't make any excuses and he just accepted the loss.

When we saw him trading, we thought it wasn't really the best game-plan to be trading with someone shorter and more compact. Obviously we saw that when he did come in for the kill, Andy ducked down and caught him with a left hook. A lot of people didn't really know of Andy and the fights he's had, but he's had some pretty good fights in his career. 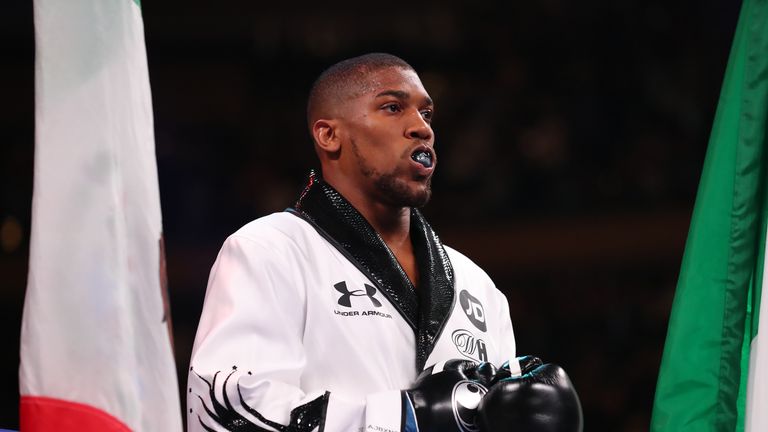 That was a little red flag and then his body language walking to the ring that concerned me. His body language once entering the ring when the anthems were being played, chomping on his mouth guard. He just doesn't look the same positive, confident guy that usually enters the ring.

What could AJ do differently?

Joseph Parker: I think the movement that I presented in that fight caused him [Ruiz Jr] a lot of trouble, and caused him to miss a lot of shots. A lot of the shots, there wasn't really any big flush shots that landed. A lot of them were grazing shots and a lot of them were shots that I was able to manoeuvre and move back with them. Even though they were hitting me, it wasn't getting the same impact as it was on Joshua.

AJ's style, when we see him fighting, he moves back, but a lot of the fights, he likes to come forward. I guess this is sort of a first experience of fighting someone who just continuously puts pressure on.

AJ threw nice shots and connected with Andy, but Andy is a fighter who takes two to three punches to throw three, four, five, six back. I guess I'm able to move, because I'm a little bit smaller. With AJ's size, it might have been a bit hard for him to move around and jump around with all that muscle that he has.

Kevin Barry: We all knew what he had to do to win the fight. He had to use his big, imposing 6'6" frame and 82 inch reach to keep Andy Ruiz on the outside and most people thought he would be able to do that, but he never looked to have any authority in his jab.

After meetings with AJ, Rob Mc and the management team in NY, we have today triggered the contracted rematch clause with Andy Ruiz Jnr. The fight will take place in Nov/Dec at a venue to be confirmed shortly.

When he finally did land a nice combination, a right uppercut-left hook in the third, he put Andy on his pants, probably for the first time in his career. Rather than get back to business in a professional fashion, he ran in recklessly with no respect at all for the power of Andy Ruiz and got clipped.

I know he would love a redo because, if he had taken his time, who knows? Maybe the fight would have been over then. But what he did, he allowed Andy to get back into the fight, they both stood there at close quarters, swinging from the floor. As a heavyweight, you can't do that.

Watch Joseph Parker against Alex Leapai and Kal Yafai's WBA title defence on the Demetrius Andrade-Maciej Sulecki bill in Providence, from 2am on Sunday, live on Sky Sports.