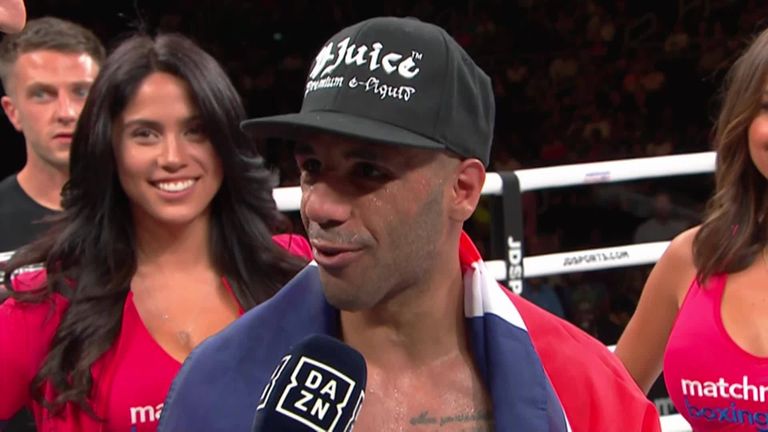 Kal Yafai made the fifth defence of his WBA super-flyweight world title after a decision win against Norbelto Jimenez in Providence.

It was a routine night's work for Yafai, Britain's longest reigning current world champion, despite things never really catching alight as scores of 119-107, 118-108 and 117-109 saw him retain his belt.

Having dealt with his mandatory obligation, Yafai afterwards revealed his intention to now have a major fight in the 115lb-division.

There had been plenty of needle in the build-up to the stateside clash and, after a grudging touch of the gloves, the pair were finally able to let their fists do the talking in Rhode Island and it was the champion who ravenously went on the front foot.

Forcing the pace, Yafai stalked his challenger and his more potent output, albeit nothing spectacular, got the better of a sloppy opener before a handful of flash combinations maintained his authority for the following three minutes.

The Dominican man, despite his brash pre-fight hyperbole, never seemed to have the power to deter the WBA king, falling in short in the third, out-hooked on the inside.

A flash, sharp, right kicked off another Yafai round in the fourth, the 30-year old titleholder starting to sink in left hands to the body, the challenger evidently uncomfortable every time his elbow defence was breached.

The fifth saw a head clash draw blood from the Brit's forehead and it did briefly spur on his Central American foe who, having earlier been deducted a point for holding, doubled and tripled up his jab to counter the unbeaten champion's sustained body assault.

That attack downstairs continued in the next few, the West Midland's star cutting down the ring and tenderising his foe, the action never really exploding into life though, the regular in-between round taunting suggesting things might improve.

Although the eighth saw the challenger wincing on the canvas after two thudding blows caught him well below the belt, he did start to find some success, scoring the better single punches, the champion seemingly lacking a change in gear.

Yafai delivered a timely response with a big left in the ninth but again was dragged into a scrappy, close-up, affair in the closing periods, Jimenez rallying to match his work-rate.

The Dominican was bundled over in the last and given the referee's count to all but settle proceedings.