Joseph Parker would still relish a rematch with Dillian Whyte or a grudge fight with Derek Chisora after talks for his New Zealand clash with Junior Fa broke down.

The Kiwi's manager David Higgins suggested Fa, a former amateur rival, had made a 'stratospheric' financial demand which had stalled negotiations for a fight in New Zealand.

But Parker remains open to a return bout with Whyte after enduring a hard-fought points defeat in the summer of 2018, while he suffered a suspected spider bite which forced him to withdraw from a scheduled fight with Chisora last year. 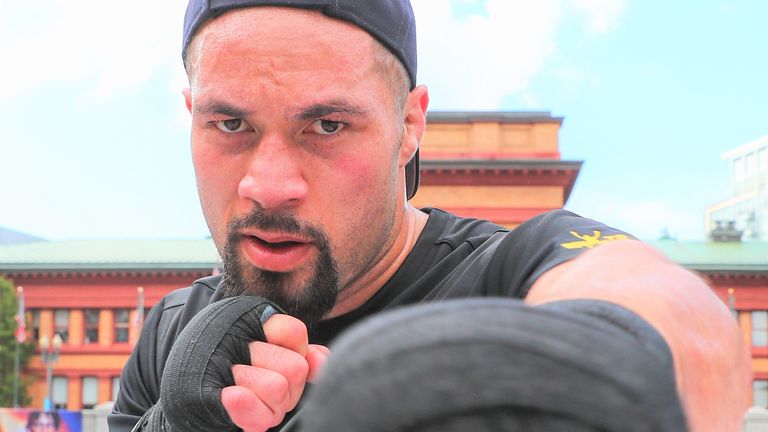 I still want the rematch with Dillian Whyte, I want to fight Derek Chisora. There's a lot of fights there that I think we can be involved with.

Asked about his future ambitions, Parker told Sky Sports News: "There's Eddie Hearn, my management team and myself. If that's [Junior Fa] the fight they want to make for me, I'm keen to fight anyone.

"At the moment, the negotiations have stopped. I think they have asked for a lot of money, so I'm not quite sure how that's going. I just said to the team, 'you guys look for the fights and deal with it, and once it's done, let me know.'

"I think it [Derek Chisora] can still happen. I'm keen for it. It wasn't his fault, or my fault that the fight was cancelled, so I think it's still a possibility we can do it in the future."

Whyte is currently preparing to face Alexander Povetkin in Manchester on July 4, live on Sky Sports Box Office, while Chisora is waiting for a rescheduled date for his showdown with Oleksandr Usyk at The O2.

"For me, I would still love to see the fight with you and Derek Chisora," said Hearn on a Facetime live with Parker. "Obviously he's going to fight Usyk. Was May 23, that's now postponed.

"For me, I want to move you towards a world championship shot and I think, you look at the division right now, I love the fight with you and Luis Ortiz, I love the rematch with Dillian Whyte, I even like the Andy Ruiz rematch, to be honest with you.

"You've got (Filip) Hrgovic is up there, making moves, you've got Michael Hunter. You and Povetkin is a great fight, as well, we'll see what happens with Whyte."