Sean 'Masher' Dodd ahead of BOXXER Series: 'I lost everything - my confidence comes from suffering'

The BOXXER Series is a one-night tournament, live on Sky Sports on Saturday, pitting eight super-lightweights into the lion's den. Three rounds of three minutes, the winner must come through three fights. It is the salvation that Sean 'Masher' Dodd needed... 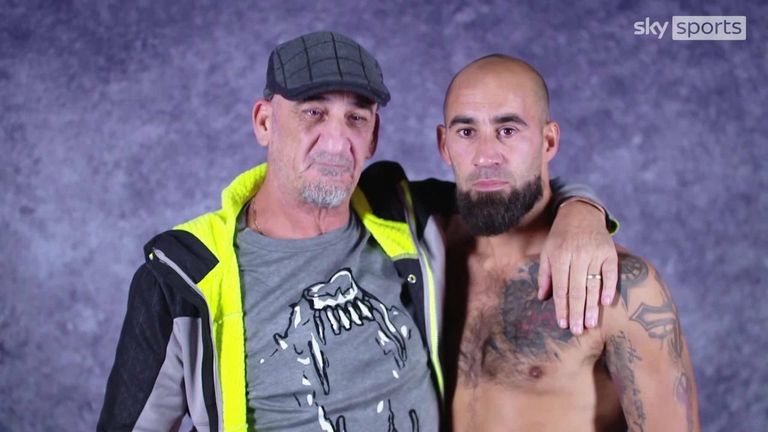 What follows is a heart-breaking outpouring from one of British boxing's most lovable souls about how, since he was last in a ring, life "got the better of me - it stripped me".

It will be a completely different Dodd that enters Saturday night's BOXXER Series, a one-night eight-man tournament live on Sky Sports.

To understand why is to hear his pained voice explain the desperation of the past two years, a period where he says only his father was checking on his wellbeing. At his lowest, Dodd would reject offers to top up his central heating and would continue sitting in the cold.

"It's been a long, hard journey since lockdown hit," he tells Sky Sports through teary eyes.

"I had a fight cancelled in April 2020, seven days before we went into the first lockdown. I didn't think much of it, like everybody. It went on for far too long.

"I lost everything - my missus, the kids, boxing, career, car. You name it, I lost it.

"I picked myself up, I dug deep and I've worked really hard to get to where I'm at now."

"I want to make them proud so they can live a life. So they don't have to do what I had to do. I don't want them going through what I've had to go through. I will work hard to give them an opportunity. I want them to enjoy life - to discover, to explore, without feeling like they have to achieve anything."

Dodd knows he is fortunate to have emerged out the other side.

There is a motivational speaker called Wim Hof, nicknamed 'the Iceman', who attributes his ability to withstand freezing temperatures to breathing techniques and meditation. He has become a source of inspiration for Dodd.

"I have been practising his method of cold water exposure," he says. "I put those three pillars together. Now my body can be put into any stressful situation and I will see the opportunity.

"I know a lot know about the biochemical side of the body and how it works. I have researched. I feel like my body is at its optimum. I have enhanced my body.

He also swears by the art of visualisation to manifest his goals into reality.

"My mum got me a book which turned my life around," he says excitedly. "I started using imagery and visualisation each night before bed. I pictured myself underneath those bright lights. I used my imagery throughout lockdown to see a greener world where people live more economically, not stressing, not working as hard, just being happy. I visualised that. I don't know where that world is.

"It will be like a Garden of Eden. That's my kind of world."

The Birkenhead fighter has been a mainstay of the domestic scene for years - he has won and then lost the Commonwealth championship in Liverpool.

He has already beaten Lee Appleyard and Tom Farrell, who will reappear as rivals in Saturday's BOXXER Series. 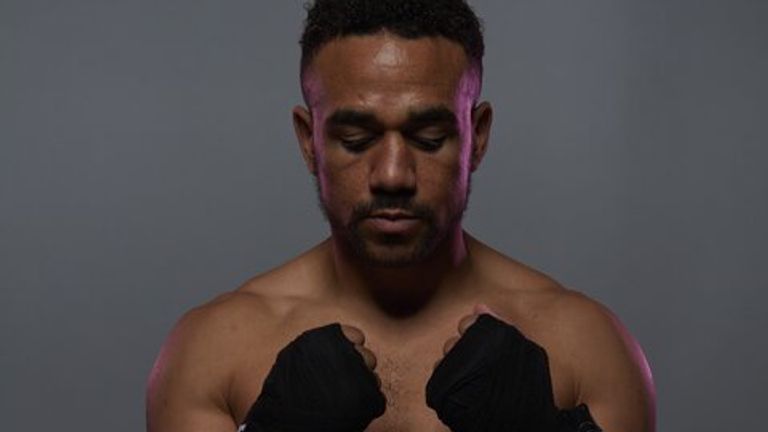 After overcoming drug addiction and a prison sentence, boxer Ben Fields is now working with young people to help them avoid the same mistakes he made. (Warning: video contains content that some users may find distressing)

With 17 wins in 23, Dodd is the favourite despite his travails since he last boxed.

"My confidence comes from suffering," he says. "When you go to a point in your life where you've suffered so much that it feels like nothing else can harm you or hurt you, everything else is winnable. Especially when you have knowledge and information.

"I'm at a point where nobody can hurt me.

"It feels like I have died and come back to life. This is my chance to live life properly - to enjoy and appreciate it.

"This is an opportunity I never thought I'd get. I thought it would be a ticket through the post to California or Hawaii, to be away in the jungle. I am barefoot now. Stick me anywhere, without anything, and I will thrive.

He said about the seven other fighters in the tournament: "They are just a spirit in a human vessel. They have a voice, a personality, their own problem-solving brain.

"I believe it's about what every human knows. If every human knows what their true purpose is, what we each potentially have inside of us, if we can tap into that then we will understand that anything is achievable.

"Nothing can stop you.

"I'm afraid of nothing. No human being is going to scare me. No way.

"Nothing will get in my way. I'll either go through them, over them, under them, around them. I will get to that destination.

Dodd has become far more philosophical than he used to be.

He speaks about "giving everything away" and says "I have no bills" to pay. If he wins the prize money on Saturday? His only lavish treat will be a new tyre for his bicycle, the mode of transport he now relies on.

"Boxing teaches you how to manage life," he says valiantly. "It is just like life - it has ups and downs, it's tough but enjoyable as well. It's very rewarding, it's very honest. You are fed no lies in boxing, in the sense that you must find the truth. Don't believe everything you hear or see, just like life."