Amir Khan and Kell Brook will collide in a huge British battle at AO Arena in Manchester on February 19, live on Sky Sports Box Office, as the bitter rivals finally settle their long-running dispute 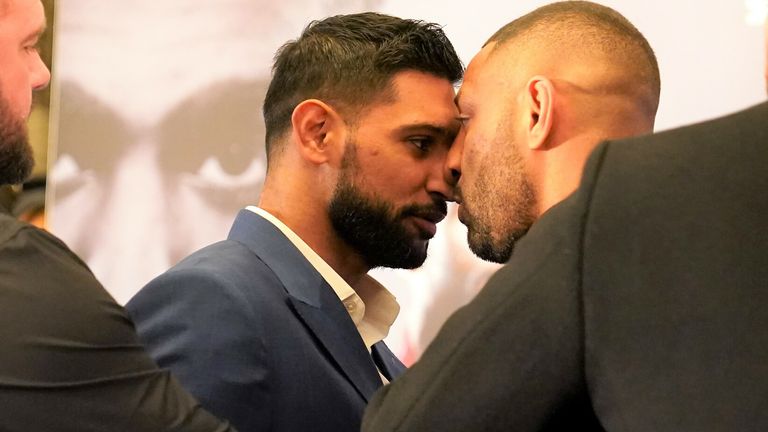 Kell Brook has revealed a 'rematch clause' was included in the agreement for next month's grudge fight against British rival Amir Khan.

The Sheffield fighter will finally settle his feud with Khan in Manchester on February 19, live on Sky Sports Box Office, and Brook confirmed that a clause for a second fight was part of the contract.

"I believe there is a rematch clause and I'm not sure that he'll want to take that rematch clause or not with what I want to do to him in this fight," Brook told Sky Sports News.

Speaking later in a virtual press conference, Brook appeared to indicate that Khan had requested the inclusion of a guarantee for a rematch, if he suffers defeat at AO Arena.

"I leave it to my manager, my dad and to my team," Brook said. "All I'm interested in is this fight. I do know that there's going to be a rematch if Amir Khan wants that. If Amir Khan wants another beatdown he can have one."

Khan is training for the fight in Colorado Springs and he hit back in his own virtual press conference. He said: "I think the beating that Kell's going to take, I don't think he'll want to have a rematch to be honest with you. 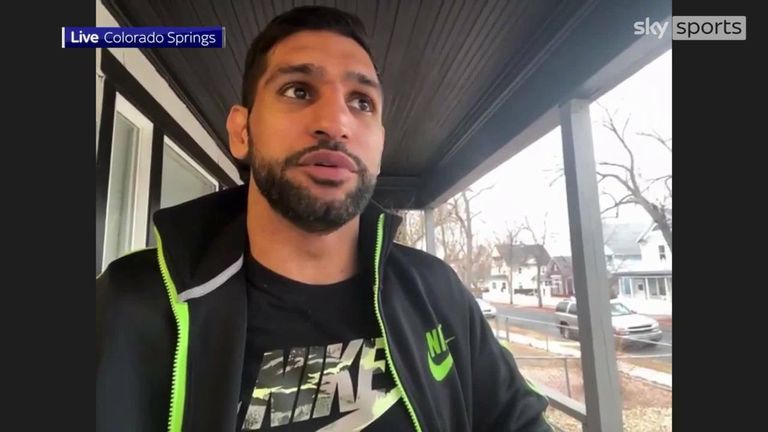 "Look, it is there. As both fighters, we looked at this fight and thought if it's such a good fight, the last thing we want is having issues with doing a rematch, so why not put it in there?

Brook has been in a winter training camp in Fuerteventura since December 20, with the 35-year-old more motivated than ever for this eagerly-awaited contest against his long-time rival.

"For this one, it has been so easy [to stay motivated] because I've got that grudge match," Brook added. "I'm experienced, I know what to expect in training, so I've seen my body take shape and improve.

"I'm enjoying the sport, I really am. I know I'm 35 and not a spring chicken in the boxing game, but I just think that I feel in myself that I've done it many times before and the world has been wanting this fight for many years.

"I've been in with the best fighters in the world and gone overseas and won world titles, but this fight is giving it back to fans. The fans have been after this fight and I've been after giving them this fight for years.

"This is a real grudge match, there's no love lost in this fight and we both don't like each other. The fans and the pundits can't split us and that shows how even this fight is going to be." 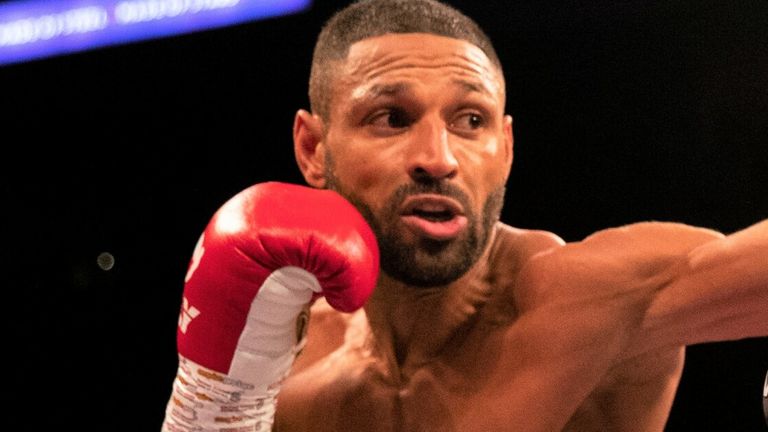 'Khan to go on his face or his back!'

"He [Khan] has got really fast hands and I'm expecting those fast hands on fight night," Brooks added. "I'm preparing myself for the best Amir Khan possible and if you'd seen what I'm putting myself through in the training camp, you'd have nightmares!

"You have to turn up and get involved in this one because it's going to go one of two ways; Amir's either going to go on his face or on his back in my eyes!"