Haye has not fought since stopping Dereck Chisora at Upton Park almost three years ago but as he nears a return from shoulder surgery, the 34-year-old has revealed he is unfazed by the prospect of facing Olympic champion Joshua.

Haye, who won the WBA title by beating Nikolay Valuev in 2009, told The Sun: "I definitely think an all-British contest will be there for us.

"Whether it happens or not depends on a lot of stuff. I've got to get back in the ring and he's got to keep winning.

"If we fight each other there would be no other location than Wembley. We're both from London - he's from north and I'm from south and it would be a massive, massive affair." 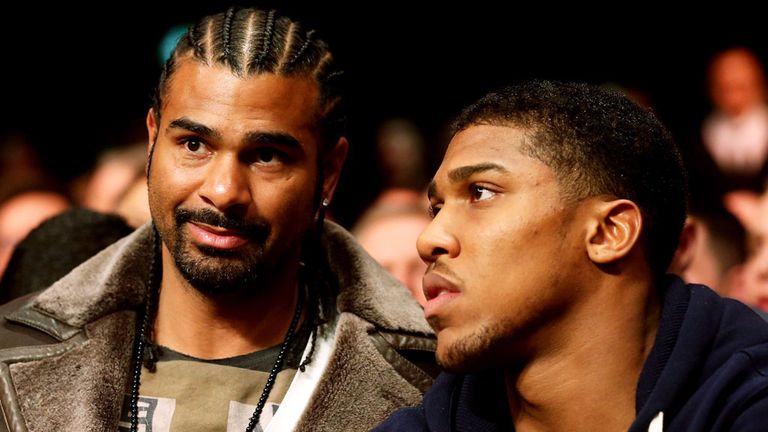 We're both from London - he's from north and I'm from south and it would be a massive, massive affair.

Joshua, 25, has stopped all 13 of his professional opponents inside three rounds, most recently blasting out and retiring former world title challenger Kevin Johnson inside two last month - and Haye admits he has been impressed.

He said: "His progress has been fantastic. Eddie Hearn and Matchroom have done a fantastic job manoeuvring his career in just the right way.

"They haven't rushed him, they haven't taken him too slowly. It seems like his progression is perfect. As long as he keeps doing what he's doing and increasing the level of opposition the way he has done, he'll have a big future.

"For me and him, it depends when the time is right. If he continues on this path, he's probably only five or six fights away from fighting a Deontay Wilder. He might even get there before me because he's fighting so regularly.

"I wouldn't be surprised if he got to Wilder or Klitschko before me."

Before any clash with Haye would take place, Joshua seems set to face two other domestic rivals - Liverpool's David Price and Dillian Whyte.