"I haven't signed a contract, I haven't seen a contract. So as it stands, stop listening until it comes from me"; Anthony Joshua has reacted to reports that he will step aside to allow Tyson Fury vs Oleksandr Usyk

Anthony Joshua says he hasn't "seen a contract" and will "make calculated decisions" amid reports that he agreed a step-aside deal to allow Tyson Fury vs Oleksandr Usyk.

Joshua had activated a rematch clause to fight Usyk again for the WBA, IBF and WBO heavyweight belts, but The Daily Telegraph reported on Sunday that the British star could agree a £15m deal which would allow the Ukrainian to face WBC king Fury instead in an undisputed world title fight.

Fury is yet to agree a mandatory defence of his WBC title against Dillian Whyte, with purse bids set to be scheduled on Wednesday if the two fighters cannot finalise terms.

Promoter Eddie Hearn told Sky Sports he would discuss "a number of proposals and options" on Tuesday with Joshua, who issued his own response to the reports in a social media video.

"You know what's mad about all these interviews I see," he said. "I see certain interviews that quote what I said and I think to myself 'I haven't done any interviews.'

"Where did this person get this information from? I'm hearing people say 'AJ accepts £15m to step aside.' I haven't signed a contract, I haven't seen a contract. So as it stands, stop listening until it comes from me.

"I'm the man in control of my destiny, I'm the man that handles my business, I'm a smart individual and I make calculated decisions every step of the way.

"Don't listen to other sources... if I tell you something then you know it's real."

Hearn had earlier told Sky Sports: "I'm meeting with AJ and 258 management [on Tuesday] to go through plans for his next fight.

"We have a number of proposals and options to discuss.

"The goal remains the same of course - to re-capture the world heavyweight crown."

Usyk's promoter Alexander Krassyuk has told Sky Sports that he is still awaiting confirmation of the Fury fight, or a rematch with Joshua.

"We are in talks regarding Fury fight since November," Krassyuk told Sky Sports. 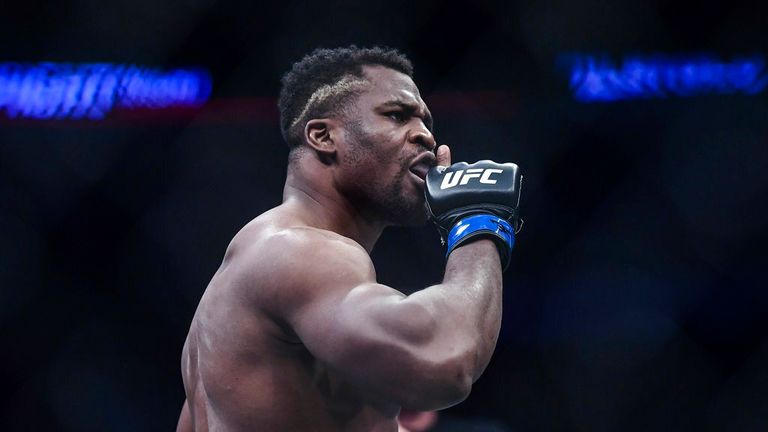 "And though AJ gave his consent (according to The Telegraph) we still have not reached the final point in negotiations. And unless we get it - AJ rematch remains the basic option for us."

Usyk became the new unified world champion in September after a points victory over Joshua at Tottenham Hotspur Stadium.