Macklin puts Lomachenko a level above the rest but has 'Mikey' above American compatriot Crawford...

The boxing 'season' is over so we have asked some of our Panel to pick their pound-for-pound list. There is no Floyd Mayweather and no Andre Ward anymore, so with an open field, see who Matthew Macklin has put top of the pile...

He could possibly be the most gifted boxer we've ever seen. Lomachenko is just sensational. He is just on a different level than the rest and although we are talking miniscule amounts, his skill, his class, everything about him stands out. 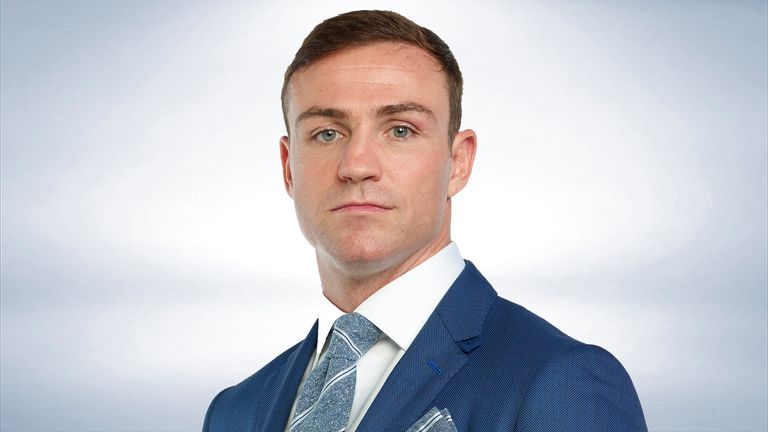 He could possibly be the most gifted boxer we've ever seen

He is coming to his peak now. I think he is crying out for that signature fight, but it could well have to come against Lomachenko or Crawford. But until then, he has everything.

He's been a top fighter for a while but he is right on top of his game. They're just aren't any weaknesses to 'Bud'. He is clever, he hits hard, he's strong, wiry. He just has it all.

'The Cobra' is the latest to call his P4P best, with some surprising names on the list...

I don't think he is the fighter he was, but of course 'GGG' is still top drawer. He has had a hectic schedule over the last five years - three or four fights a year - but is slipping back a bit.

I was reluctant to put him in here but we are talking about talent and success. I do think he lost to Golovkin but the fact is, any highlight reel of that fight will be on him. He is still fresh and fast.

One of the stand-out amateurs that has really stood up. Watching him make the World Boxing Super Series look relatively easy was unbelievable. He's only had 15 fights but already looks top drawer.

You could say he hasn't had to prove himself against the best yet, but in time he looks like he will do just that. Technically he is superb. Great jab, good body shots, good feet, distance and timing.

The Charlo twins are both full of belief and have that nasty streak, but Jermall is the one I think will go on and establish himself as a big name in boxing. He could well take over the middleweight division.

Jamie McDonnell might have been very tight at the weight, but 'The Monster' just blitzed him - and he's done that to plenty of people. Four weight divisions, three world titles, just something very special.

We saw his heart when he got up off the canvas to beat Wladimir Klitschko but we have now seen his patience, sticking to a gameplan and controlling things behind that jab. He is still going to get better, so takes the final place from Keith Thurman, who hasn't boxed for 17 months.