ECB CEO Tom Harrison: "If we are to safeguard cricket's long-term future...it is clear the ECB will need to become a leaner and more agile organisation"

The ECB has announced 62 redundancies and predicted it could suffer a £200m deficit due to the coronavirus pandemic.

The game's governing body believes the health crisis has already cost the wider game £100m, with the absence of fans inside grounds leading to a loss of key revenue.

It is estimated that figure could more than double if restrictions continue having an effect next season.

As a result, the ECB board has approved a 20 per cent reduction in its workforce budget, which equates to 62 positions.

ECB CEO Tom Harrison had already warned coronavirus could cost the England and Wales Cricket Board £380m in a worst-case scenario when he gave evidence to the Digital, Culture, Media and Sport committee in May.

Many of the 62 jobs to go will be existing staff being let go following a period of consultation, with a small number accounted for by ceasing recruitment for vacant roles.

The ECB instigated a series of pay cuts back in April, with Harrison leading the way with a 25 per cent reduction and other employees on a sliding scale between 20 and 10 per cent. Those measures have remained in place until the end of October.

"Getting cricket back on this summer - at a recreational, domestic and international level, for both men and women - has been a remarkable achievement by everyone across the game," Tom Harrison, England and Wales Cricket Board CEO said in a statement.

"It has been the result of true partnership in action; across our first class counties and recreational game, from our broadcast and commercial partners and with government and local public health agencies.

"When the crisis first hit, the ECB put in place a range of measures to save money in the short term including furloughing staff and significant pay reductions across the organisation, in addition to a recruitment freeze.

"I am very proud of the work that has been done by my colleagues across the business and the sacrifices made at a time when we asked them to work harder than ever before, while managing their own personal experiences of COVID.

"It is now an irrefutable fact however, that the impact of this pandemic is significant and will be long-lasting. There is also deep uncertainty about the future, and it is vital we take more steps now to ensure the future financial sustainability of cricket in England and Wales.

"The entire cricket network has pulled together to get us through this challenge so far and overcoming it will mean continuing to work in partnership and continuing to make tough decisions as we have done this year.

"We must reduce the cost base across the game - and that requires the ECB to lead the way by reducing its own cost base.

"Given this new reality, if we are to safeguard cricket's long-term future and still deliver on the growth ambitions of our Inspiring Generations strategy, it is clear the ECB will need to become a leaner and more agile organisation. 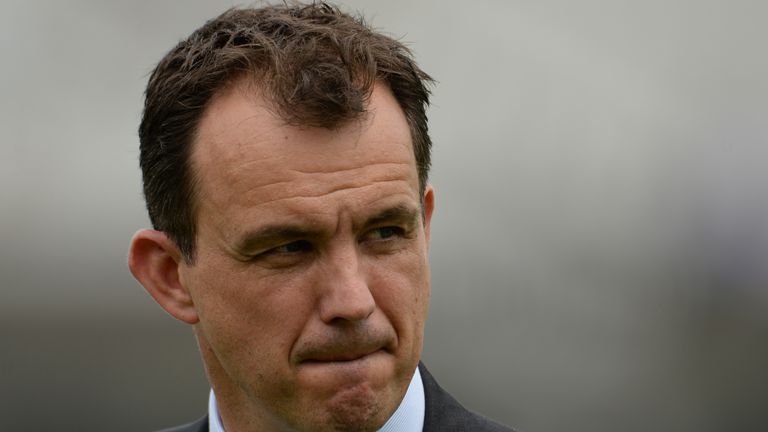 It is now an irrefutable fact that the impact of this pandemic is significant and will be long-lasting. There is also deep uncertainty about the future, and it is vital we take more steps now to ensure the future financial sustainability of cricket in England and Wales.

"Over recent weeks we have thoroughly reviewed the ECB's structures and budgets in order to reduce central costs without compromising on our ambitions.

"We have now shared with colleagues our board-approved proposals, which will generate significant savings. Every part of the ECB is affected by these changes, and these savings will only be possible by reducing our headcount.

"These proposals include a 20 per cent reduction in our workforce budget, which will equate to the removal of 62 roles from our structure - a number which is largely made up of existing headcount and a small number of vacant positions.

"Additionally, we are also proposing further cost savings by changing a number of current posts into flexible working roles. ECB staff have been informed and a collective consultation will begin imminently."

The ECB are due to announce the latest central contracts for England players in the next few weeks and all-rounder Chris Woakes says the players need to know more about their own situations before any discussions over pay cuts or donations.

"It's incredibly sad news, really," said Woakes of the job losses. "There are a lot of people behind the scenes at the ECB who work incredibly hard and are important cogs in the wheel.

"It does resonate with the players and we feel that impact."

On the potential for pay cuts or further donations, he added: "Potentially. There is nothing that I've heard as of yet. Since the pandemic struck, there was obviously that donation made by the players at the beginning of the summer that hasn't really been discussed since, we've not been spoken to by the hierarchy at the ECB.

"But in the current climate with contracts around the corner, I think you just have to expect anything. As players, I'm not going to sit here and say we are exempt from it.

"It's a situation like at the beginning of the summer where the ECB were impacted massively and there were those numbers showing that if there was no cricket played, they could have lost over £300m or something.

"But I think it is a situation where we have to sit down as players and see what happens with these contracts coming up. We'll obviously know more in the next few weeks and then we reassess at that point.

"At this moment in time, it is hard for me to sit here and say 'we're going to take X cuts' or that there are going to be donations left, right and centre. Until we've seen what happens and what happens from above… then we'll get more of a feel for it but I certainly wouldn't rule that out."