England have won their opening two matches handsomely ahead of Saturday's showdown with Australia, live on Sky Sports from 2.30pm; Jordan says impromptu attack will keep searching for areas to improve as the tournament continues

Chris Jordan says the chemistry in England's bowling attack has helped Eoin Morgan's side find the winning formula at the start of the ICC T20 World Cup.

England have convincingly won their opening two matches despite having to juggle their line-up before the tournament because of the absence of Jofra Archer, Ben Stokes and Sam Curran.

Their plans have been further complicated by niggling injuries to Mark Wood and Tom Curran recently, leaving pace bowler Jordan and leg-spinner Adil Rashid as the only remnants of an attack that featured in a five-match T20 series against India earlier this year.

But Moeen Ali and Chris Woakes have impressed in the powerplay on their comebacks to the side, while Tymal Mills has also made an impact after four injury-plagued years away in England's wins over the West Indies and Bangladesh. 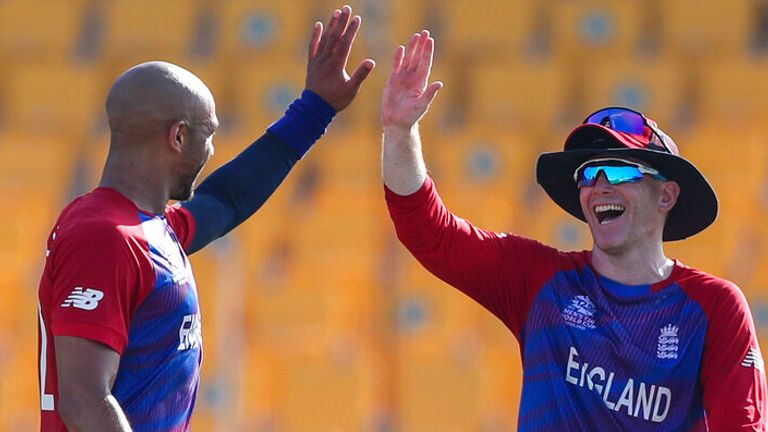 Jordan said: "A few players have missed out through injury and stuff, but the chemistry between the boys and the way everyone has taken on each and every role they've been given has been tremendous.

"We had two warm-up games where we were searching for that intensity and going into that first game that was a big focus for us to bring our level of intensity and let everything else take care of itself from there.

"Everyone is obviously juggled around and any time someone's entered the game they've hit their straps and backed what guys have done previously. Long may that continue, it's obviously just two games.

"We want to continue building on it, searching for areas we can improve and keep building as the tournament goes along."

The responsibility of opening the bowling has fallen to Moeen, who has responded with a combined 4-35 from seven overs so far, and Woakes - who has proven extraordinarily economical since his return to the side. 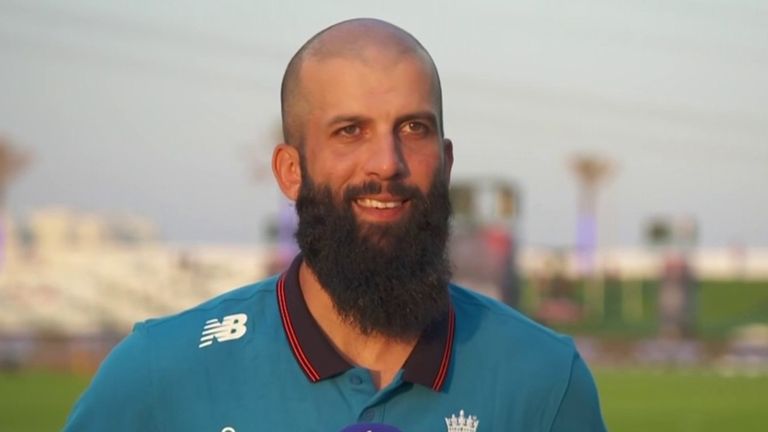 Having been overlooked since 2015, Woakes made a surprise return to the T20 international format earlier this year and in the four matches he has played, the seamer's economy rate is 3.61 and he is yet to concede 15 runs in a match.

Mills showed his prowess at the death against Bangladesh and finished with 3-27 in his second international since 2017, while part-timer Liam Livingstone chipped in with a couple of useful wickets against the Tigers.

England blew the Windies away for 55 before restricting Bangladesh to 124-9, totals easily overhauled with six and eight wickets to spare respectively, and next take on Australia in Dubai on Saturday.

"The guys who have come in have definitely come in with good form," Jordan added. "T (Mills) has stretched together quite a few performances from the summer and leading into the tournament, he's full of confidence.

"Mo and Woakes have really set the tone with the ball and everyone has come in and done their bit in trying to back that up. Woakes is a player that you just know what you are going to get from him on any given day.

"Obviously it's been a good start in our first two games. We've had good concentration, we've done some decent homework on the opposition, and most importantly we have brought that intensity right from ball one."

England's next Super 12 match takes place on Saturday, when they take on Australia - live on Sky Sports Cricket from 2.30pm.