Yorkshire County Cricket Club has appointed Lord Kamlesh Patel of Bradford as their new chair, replacing Roger Hutton who resigned over the club's response to the Azeem Rafiq racism scandal.

Hutton departed ahead of Friday's emergency meeting and called on other board members to consider their positions and stand down.

That call was heeded, with the club confirming non-executive directors Hanif Malik and Stephen Willis had also quit.

Vice-chair Neil Hartley will remain on the board to ensure a smooth transition to new leadership, but also intends to step down in the near future - Sky Sports News has learnt.

Discussing his new appointment, Lord Patel said: "I'm looking forward to taking this club forward and driving the change that is needed.

"The club needs to learn from its past errors, regain trust and rebuild relationships with our communities.

"There is much work to do, including reading the panel's report, so we can begin the process of learning from our past mistakes.

"Yorkshire is lucky to have a vast talent pool of cricketers, and passionate supporters, from all of our communities and we must re-engage with everyone to make a better Yorkshire County Cricket Club for everyone."

The resignations followed an investigation which found Rafiq was a victim of racial harassment and bullying - with the club stating it would take no disciplinary action.

The ECB said it was "clear" Yorkshire's handling of the issue was "wholly unacceptable and is causing serious damage to the reputation of the game".

Former chairman Hutton - who joined the club's board in 2020 - released a statement earlier on Friday confirming his decision to step down and suggested senior members of the Yorkshire executive did not take Rafiq's experiences seriously enough.

"I have never met Azeem and was not at the club during the period he was employed. I know however, that when someone makes claims as serious as his, they need to be investigated and changes need to be made," Hutton said.

"I would like to take this opportunity to apologise unreservedly to Azeem. The club should have recognised at the time the serious allegations of racism.

"I am sorry that we could not persuade executive members of the board to recognise the gravity of the situation and show care and contrition.

"I remain disappointed that legal restrictions, including an ongoing employment tribunal, have prevented the investigation report from being published and look forward to the time that everyone can see its recommendations. I hope for it to be published as soon as possible.

"I want to be clear that when I was made aware of Azeem Rafiq's allegations, I immediately reached out to the ECB to ask for their help and intervention to support a robust inquiry.

"I was saddened when they declined to help as I felt it was a matter of great importance for the game as a whole."

'ECB did not act; Yorkshire were reluctant to change'

Refuting the ECB's claims that Yorkshire's handling of the case fell well below the standards expected, Hutton even accused the national governing body of displaying an unwillingness to act on the allegations.

"It is a matter of record that I have continually expressed my frustration at the ECB's reluctance to act," Hutton added.

"There has been a constant unwillingness from the executive members of the board and senior management at the club to apologise, and to accept that there was racism, and to look forward. 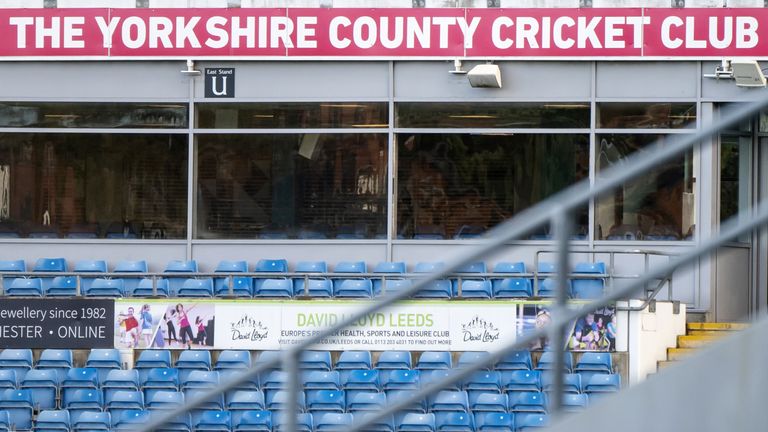 "For much of my time at the club, I experienced a culture that refuses to accept change or challenge.

"During my time as chairman, I take responsibility for failing to persuade them to take appropriate and timely action. This frustration has been shared by all of the non-executive members of the board, some of whom have also now resigned.

"I now call for those executive members of the board to resign, to make way for a new path for the club I love so much.

"I will of course continue to fully cooperate with the ECB and the invitation to give evidence to the House of Commons Select Committee.

"The club has some brilliant people and has done much to be proud of, particularly the Yorkshire Cricket Foundation, and I want to see more grassroots education in the game to put an end to racism for good.

"I look forward to the time when Yorkshire County Cricket Club is a great club again and will always support those who share my love for the club and wish our supporters and team well."

In response to Hutton's statement, an ECB spokesperson said: "Yorkshire CCC did reach out to us at the beginning of the investigation with a request that we partner with them on exploring Azeem's allegations of racism and bullying against the club.

"Our role is to operate as a regulator across the entire game. We must act independently of any club investigations, should we ever be required to intervene as regulator - either during or after.

"The reason why our governance is structured in this manner, is perfectly demonstrated in the way that these issues have played-out at Yorkshire County Cricket Club."

Rafiq, reacting to the news on Twitter, reiterated his claim that were was, and remains, an unwillingness on the part of Yorkshire to accept responsibility and to apologise.

'Rafiq shamed the game into acting; the system failed him' 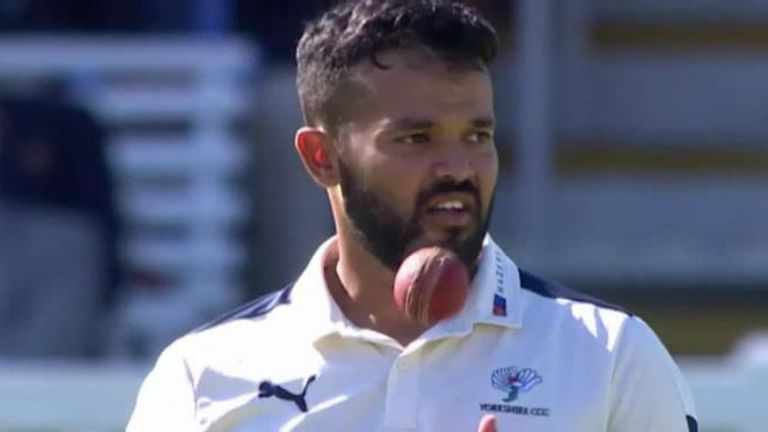 That view is shared by ESPNcricinfo correspondent George Dobell who told Sky Sports News that Yorkshire did not do enough and it is a "textbook case of institutional racism".

Dobell said: "Cricket reflects society, but I do think that at Yorkshire it is worse than anywhere else I have experienced in cricket. The difference that I see is that other clubs probably accept that they have an issue and they want to improve.

"I am afraid that acknowledging the fault is the first step towards a remedy. I don't think it is about individuals, although several will be embarrassed or ashamed in the coming days.

"He shamed the game into acting, and it shouldn't be that way. The system has failed him.

"I think it is an absolutely textbook case of institutional racism and I think the people at Yorkshire, at the club, have shown they are incapable of dealing with it. They have had a long time and their time is up."