Tom Harrison said Yorkshire's response to an independent report into Azeem Rafiq's allegations of racial slurs "speaks to institutional racism"; Harrison: "What we've struggled with is getting our first-class game to wake up. If we're not in an emergency, we're approaching one."

Harrison was quizzed by the Digital, Culture, Media and Sport Committee on Tuesday shortly after former Yorkshire player Azeem Rafiq's harrowing account of racial slurs at the club which had left him feeling "isolated and humiliated".

Yorkshire's response to an independent report into Rafiq's allegations attracted widespread criticism and led the ECB to suspend Yorkshire as a host for international games while the club also lost key sponsors.

Brave testimony from Azeem Rafiq. I commend him for speaking out.

There is no excuse for racism anywhere in society and we expect @EnglandCricket and @YorkshireCCC to take immediate action in response to these allegations. https://t.co/otvysu75c9

The prime minister commended the "brave testimony" of Rafiq in a post on Twitter and added: "There is no excuse for racism anywhere in society and we expect England Cricket and Yorkshire to take immediate action in response to these allegations."

Harrison told the panel the handling of the report "speaks to institutional racism."

"We've been aware of the importance of this agenda - not just racism, but diversity and equity," said Harrison.

"What we've struggled with is getting our first-class game to wake up.

"If we're not in an emergency, we're approaching one." 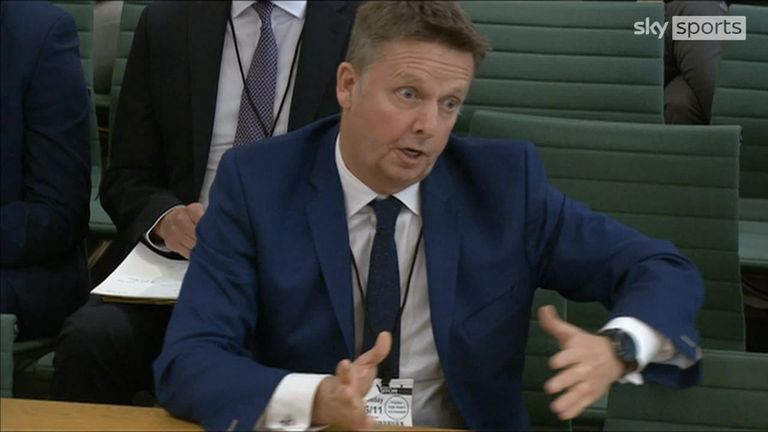 Harrison commended Rafiq's "bravery" in speaking out about his treatment at Yorkshire.

"We need to start to look at dressing room culture throughout the country," he said. "There's a huge effort on this from the ECB but it takes time to trickle through."

Rafiq, who was born in Pakistan but raised in Barnsley and captained England's under-19 side, earlier told panel members he would not want his son "anywhere near cricket" after his own experiences of racism.

Asked about the perception of English cricket and the damage the allegations of racism caused, Harrison said: "I'd say please understand that we're really sorry for the experiences you may have been through trying to experience cricket in this country.

"We know we may have let you down. We'll fix it fast. We know the survival of our sport depends on it. We'll transform this game very quickly."

Hutton: ECB should have led investigation into Rafiq allegations 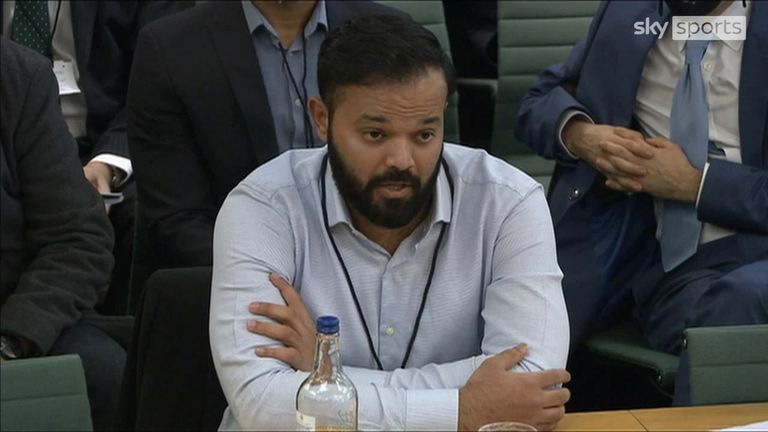 Former Yorkshire chair Roger Hutton said he had been blocked from removing former chief executive Mark Arthur and director of cricket Martyn Moxon from the board because the Colin Graves Trust vetoed it.

Rafiq described how Moxon, who is currently signed off sick with a stress-related illness, "got me in a room and literally ripped shreds off me" on his return to the club after the stillbirth of his son.

Later, he said an official complaint about bullying in 2017 directly led to his subsequent release, for fear that he may continue to raise issues around his treatment. Rafiq also revisited longstanding grievances against Arthur, and Hutton said he wanted to remove the pair "as a consequence of the failure to understand the gravity of the situation [regarding Rafiq] and failing to apologise, and particularly for their failings and to move on the recommendations".

He said it was "wrong" that a major creditor like the Trust should have the power to veto board decisions.

Hutton welcomed the involvement of the DCMS committee in the situation at Yorkshire, and added: "I do worry what would have happened if it hadn't."

Hutton said in his view the ECB could and should have led the investigation into Rafiq's allegations, rather than leave it to Yorkshire. 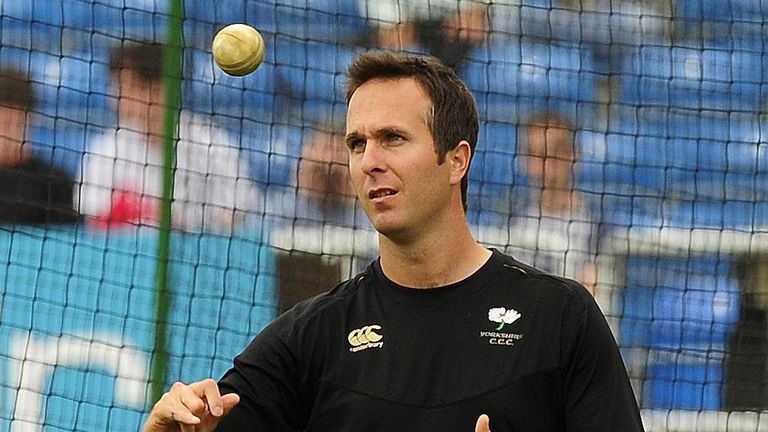 "In my view the ECB did have the discretion to investigate," he said.

"Any member of the ECB could have started that complaint, as they have just done with Essex at the moment. I think the investigation would have been far more satisfactory."

However, Harrison appeared to refute Hutton's suggestion, saying Yorkshire "were very clear they wanted to run this investigation themselves".

Meena Botros, director of legal and integrity at the ECB, said Yorkshire had only asked the ECB if it would like to put someone on the panel which would assess the investigation team's findings.

Harrison said: "The reason why Yorkshire were allowed to undergo this investigation is because - up to that point - it was fairly normal practice for first-class counties to run their own regulatory process.

"We have learned lessons through this process."

Lord Patel vows to 'right the wrongs of the past'

Yorkshire chairman Lord Patel praised Rafiq's courage following his testimony at the DCMS Select Committee hearing and vowed to "right the wrongs of the past" to make the club an "an inclusive home for aspiring players of the future".

In a statement, Lord Patel said it is "an incredibly difficult day for all associated with Yorkshire County Cricket Club" and apologised to Rafiq again for the treatment he had to endure.

"It is becoming ever clearer since I joined this Club that what happened with the investigation into Azeem's allegations was fundamentally flawed and unacceptable," the statement read. "The processes and subsequent actions taken by the Club have rightly been criticised.

"There is no quick fix to the clear problems which have been identified, and the issues are complex, not least the charge of institutional racism which must be addressed head on. Azeem noted that this is not about individuals, but rather the structure and processes of the Club, and we need to tackle this.

"It is clear that we have good people at Yorkshire County Cricket Club and that gives me hope that we can. I am struck by the concept of 'White Rose' values and what that means: I want to say firmly that our values at this Club cannot be in any way rooted in racism, discrimination or abuse of any kind.

"I agree with Azeem that we are only at the start of a journey, which will take time. At the heart of this is listening, and going through our past - including the Fletcher Report - as well as examining our culture and taking positive steps to build to a better future, such as the progression from grass roots to the professional game. We need to own the issues collectively as a Club, and cannot hide from what has been spotlighted.

"As well as the set-up of the independent whistleblowing hotline, we are committed to taking further action in response, and will communicate these steps transparently.

"In his testimony, Azeem said that, despite the treatment he received, 'Yorkshire is still my club'. I want to make this Cricket Club a source of pride once again, righting the wrongs of the past and making sure that we are an inclusive home for aspiring players of the future."