"I'll be in the minority, but I believe the answer can't just be to leave the ball better and block the life out of it"; Rob Key has called on England to maintain a positive approach with the bat in their second innings following another batting slump in the third Ashes Test

Rob Key has urged England's under-fire batters to come out fighting and play positively despite a poor start to the third Ashes Test.

Joe Root's side were skittled for 185 on day one of the Boxing Day Test in Melbourne before Australia breezed to 61-1 at stumps as England's already slim hopes of regaining the urn were cut further.

The manner of the dismissals from some of the more senior players, including Root, Ben Stokes and Jos Buttler, also drew criticism but Key believes they need to maintain a positive looking-to-score mindset going into their second innings.

"It's a really tough one for England," he told Sky Sports. "Joe Root is a great player because he is positive and the answer always seems to be 'you can leave better' but, at the end of the day, if you get a start, you just have to go on and get a big score.

"He'll know that more than anyone and no one will be more disappointed that he didn't do that than him.

"I'll be in the minority, but I believe the answer can't just be to leave the ball better and block the life out of it. I think the England set-up need to be pretty strong with that.

"They have to do it better but if you think you can go to Australia and win or get back into an Ashes series by defending your way to it, I'm sorry but it's just going to be a slow death. 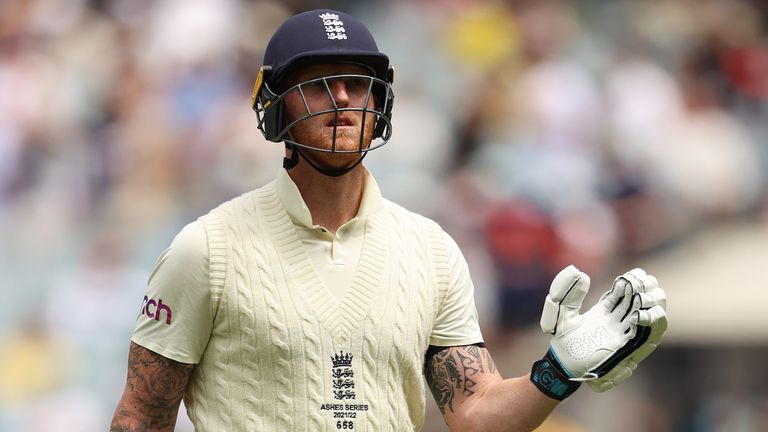 "Lots of people got carried away when Jos batted for 200 balls thinking that that is great Test cricket. Really? He got 20 and lost. Losing is losing whether you do it with one ball to spare or a day.

"Go out there and try to be great. Courage is actually risking failure, looking bad and facing scrutiny to try and do something extraordinary."

Another miserable day for England started with Root losing the toss and Australia opting to bowl first on a green-tinged surface at the MCG, a decision that only served to highlight the tourists' error at the toss in the series opener.

That meant the recalled Zak Crawley, some three months on from his last competitive appearance, having to face up to the returning Pat Cummins, the No 1 ranked Test bowler in the world, with conditions at their toughest.

"The first thing is that you knew there was nothing surer than the fact that England were going to lose that toss - you could've put your life against a jam donut on it," said Key.

"So, they got sent in with Zak Crawley, who has played very little cricket over the last few months, and Haseeb Hameed against Pat Cummins and the writing was on the wall.

"It is a side lacking in confidence against a side brimming with it, which is not a recipe for a good day.

"There is a big difference going from the nets straight into a Test match at the MCG, one of the iconic Test venues in world cricket. It was always going to be tough.

"I believe people like Zak Crawley and Dan Lawrence wanted to play in the Lions game, but England management missed their opportunity to get them game time and it has not made it easier for someone like Zak.

"When you look back, it doesn't say you haven't played for three months, runs are your only currency. It is very similar to a situation I had years ago, I played in the summer for England, then got left out and then had to come out to bat in the New Year's Test at Cape Town when I hadn't batted in a proper game for six months.

"It's very tough but nobody comes up to me 20-odd years later and says 'you were a bit hard done by.' Ultimately, you've got to go out and try to score runs. I'm sure Zak will be better for spending half an hour at the crease than if he hadn't."