England have been drawn alongside hosts Australia, and New Zealand, in the Super 12 stage of the men's 2022 T20 World Cup.

The rescheduled tournament, which was pushed back a year due to the coronavirus pandemic, begins on October 16, with the final scheduled for November 13 at the Melbourne Cricket Ground.

Super 12 Group 1 will see England, Australia, New Zealand and Afghanistan joined by two qualifiers, which could include Sri Lanka, West Indies and Scotland.

The preliminary first round of the competition gets underway with Sri Lanka facing Namibia on October 16, while Australia take on New Zealand, in a repeat of last year's final, on October 22 in the first Super 12 match.

England begin their campaign later on October 22 against Afghanistan in Perth. They will then take on a qualifier on October 26 at the MCG, before facing Australia at the same venue two days later. A rematch of their 2021 semi-final defeat to New Zealand follows on November 1 in Brisbane, before they round off the group stage in Sydney on November 5 against another qualifier.

In the undoubted highlight of the Group 2 fixtures, India face Pakistan on October 23 at the MCG 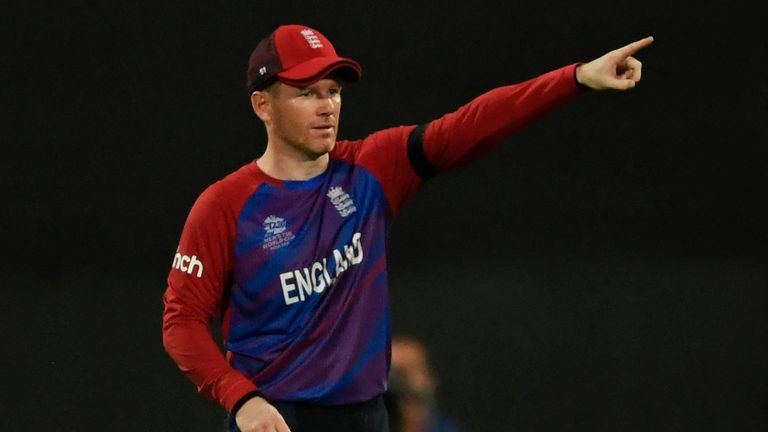 The tournament will begin less than a year after Australia's November 2021 triumph in the United Arab Emirates.

However, the pandemic saw both the tournaments pushed back a year and hosting rights switched so that India would host in 2021 and Australia 2022. India was eventually unable to host the 2021 tournament, with it ultimately being played in the UAE.

(all times in GMT)