Southern Brave (109 from 69 balls) beat Welsh Fire (107 from 100 balls) in the opening game of The Hundred 2022; James Vince (71 off 41 balls) excels with the bat after being dropped on four as defending champions start campaign with nine-wicket victory at The Ageas Bowl 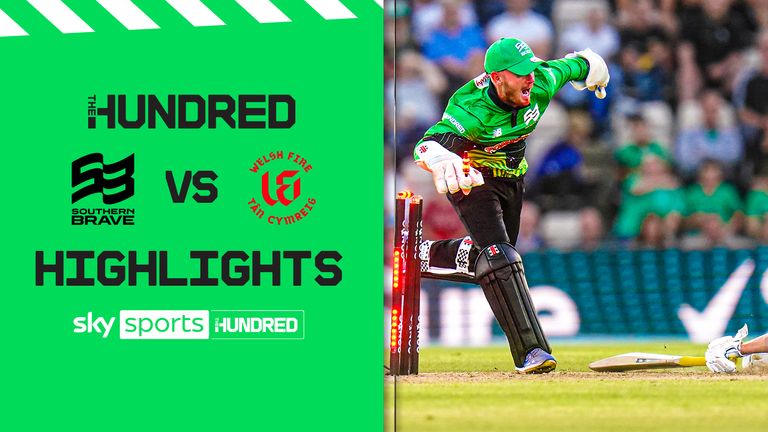 James Vince led the way with 71 from 41 balls as defending Hundred champions Southern Brave eased to a nine-wicket victory over Welsh Fire in the 2022 opener...

The opening contest of the campaign was largely a no-contest as Brave limited Fire to 107-7 from their 100 balls in Southampton and then coasted past that total in just 69 balls as skipper Vince starred.

Fire were limp with the bat - Ben Duckett (40 off 31 balls) the only player to pass 11 - as they were squeezed by a Brave bowling attack containing 17-year-old-leg-spinner Rehan Ahmed, who conceded only 14 runs from the 15 balls he bowled on his Hundred debut.

England seamers Craig Overton and Chris Jordan picked up two wickets apiece for Brave - Overton sent down 11 dot balls out of the 20 deliveries he bowled and cleaned up Ollie Pope (10) on the reverse scoop, while Jordan was the man to dismiss Fire top-scorer Duckett.

Fire were not helped by the farcical run out of captain Josh Cobb after a mix-up with Duckett - and another sloppy moment came early in Brave's chase with Ryan Higgins dropping Vince on four at square leg. 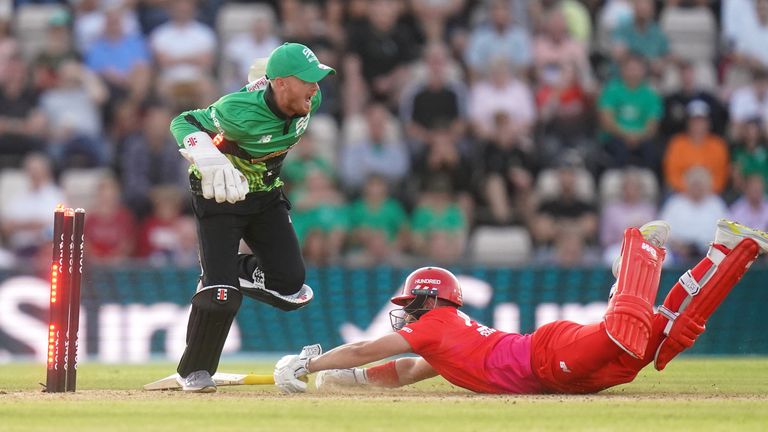 Vince duly punished Fire, hitting eight fours and a six as his side - victorious over Birmingham Phoenix in last year's Hundred final - lost only one wicket, that of Alex Davies (26 off 21 balls).

Fire finished second bottom of the table in 2021 and on this evidence, 2022 could also be a struggle, with the Cardiff-based team to be without England's Jonny Bairstow for the whole of the campaign as he manages his workload. 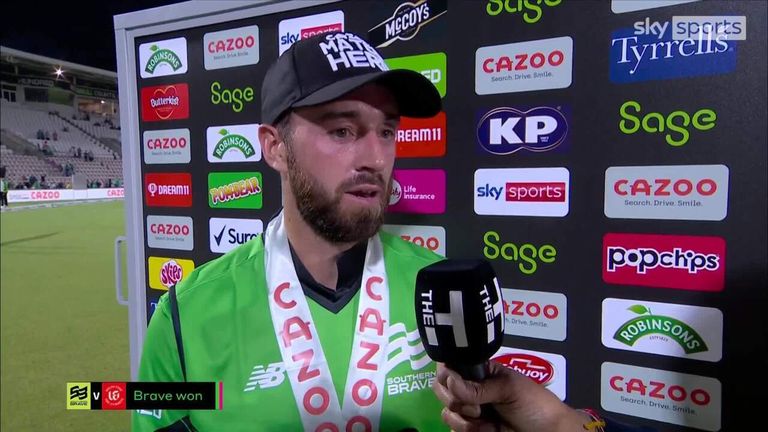 Kevin Pietersen said: "Vince is a quality player. I think he should have played a lot more international cricket with the way he plays and sets up. He plays the back-foot punch through the off-side so beautifully, plays spinners of the back foot. He looks to have so much time but he can then power hit. He has everything and can make batting look easy."

James Vince said: "I thought the bowlers did a great job to restrict them and then the game-plan was very simple. I thought the only way we would let them in was to lose early wickets.

"There wasn't a huge amount of scoreboard pressure and when they searched for wickets we picked off some boundaries and stayed in control the whole time. It was a pretty complete performance. It's only one game but it's nice to get off to a winning start."

What they said - 'Brave look a phenomenal outfit'

Sky Sports Cricket's Nasser Hussain: "Brave are well led, with a great coach in Mahela Jayawardene. They've got pace, mystery spin and some top batters. They look a phenomenal outfit. They're a very good side but, let's be honest, the Welsh Fire were poor. They need a spark and to get winning." 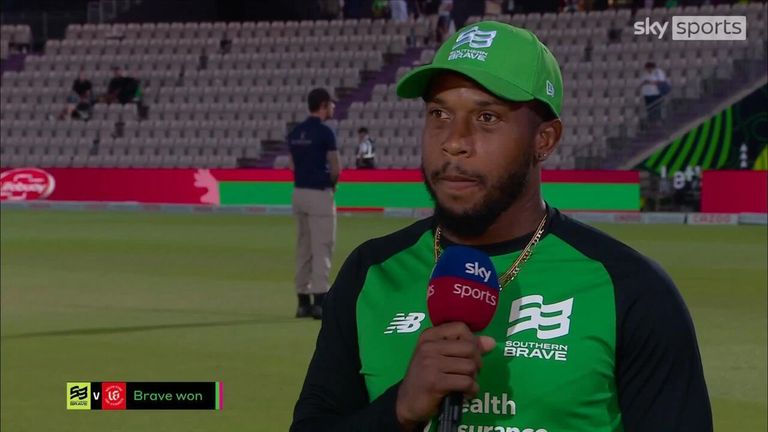 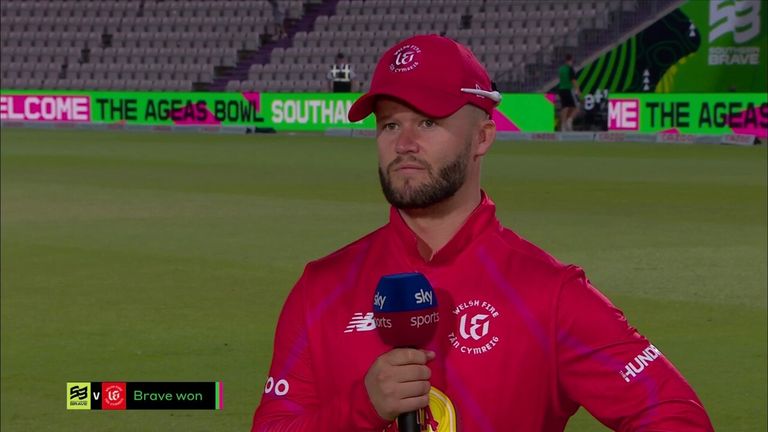 Thursday's game is a London derby between Oval Invincibles and London Spirit at The Kia Oval. Build up on Sky Sports The Hundred, Sky Sports Mix and Sky Sports Main Event begins at 6pm ahead of the first ball at 6.30pm. You can also watch the match via our a free live stream on skysports.com, the Sky Sports App and the Sky Sports Cricket YouTube channel.

Sam Billings' Invincibles finished fourth last season with four wins and four defeats from eight games, while Eoin Morgan's Spirit ended up bottom of the table after six defeats, a no result and just the solitary victory.

Invincibles batter Jason Roy will be hoping a change of kit brings about a change of fortunes, with the 32-year-old struggling for runs in England's T20 strip of late during games against India and South Africa.

As for Fire and Brave, they are back in action at the weekend and next Wednesday respectively. Fire welcome Invincibles to Cardiff on Saturday (2pm start), while Brave travel to Edgbaston to play Phoenix three days later (6.30pm start) in a repeat of last year's Hundred final.