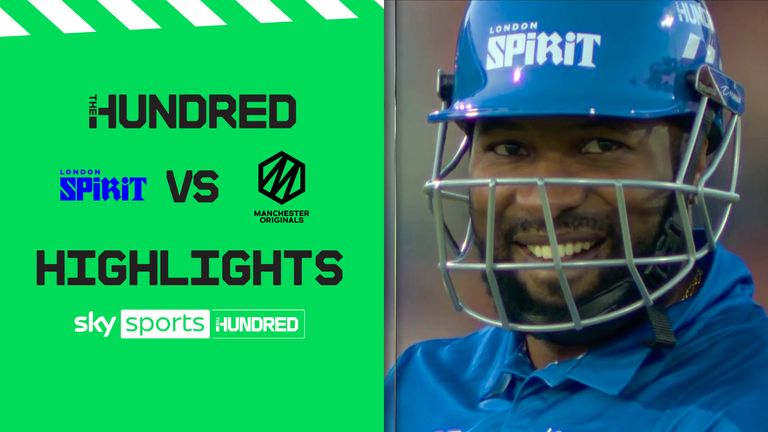 Seamer Thompson, who took two wickets on his tournament debut at The Oval last week, followed that up with a remarkable four from 20 balls to steamroller the Originals for just 108 at Lord's.

He was ably backed up by the rest of the Spirit attack to ensure a second successive defeat for the Manchester outfit as the home side's total of 160, with Zak Crawley top-scoring on 41 from 34, proved to be more than enough. 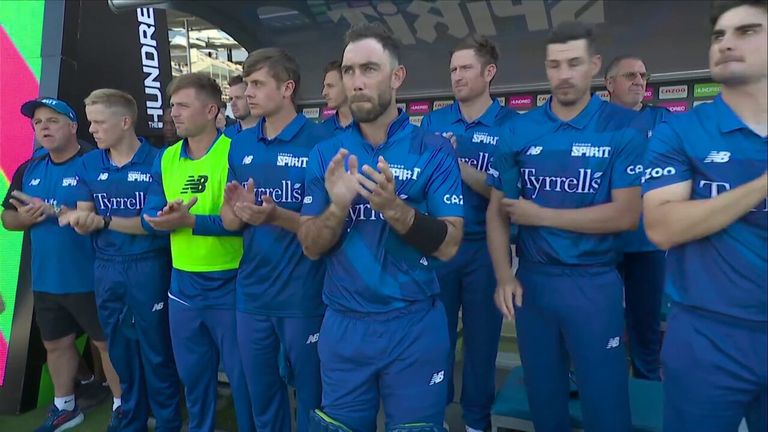 Having opted to bat, Spirit soon lost Adam Rossington to a first-ball duck, leg before to Sean Abbott and they struggled for momentum despite some powerful blows to the boundary by Crawley.

His partnership of 54 from 33 with Morgan raised the home side's prospects of a sizeable score, with the skipper walloping both Tom Hartley and Matt Parkinson over the fence to reach 37 from 26.

However, the batting side could make little of Paul Walter's nagging line and changes of pace - the Originals' left-armer finishing with miserly figures of two for 18 from his 20 deliveries. With Morgan eventually mistiming a drive off Walter that sailed into the hands of long on, another two quick wickets left Spirit wobbling slightly at 120 for five.

They were revived by a belligerent cameo from Kieron Pollard, who smashed 34 from just 11 deliveries - including two brutal sixes off Fred Klaassen's final set - to propel his side up to the 160 mark.

The Originals were counting on an explosive start from Jos Buttler - but England's white-ball captain departed for just six, skying Thompson and Mason Crane raced from point to grab a difficult diving catch in the vicinity of third man. 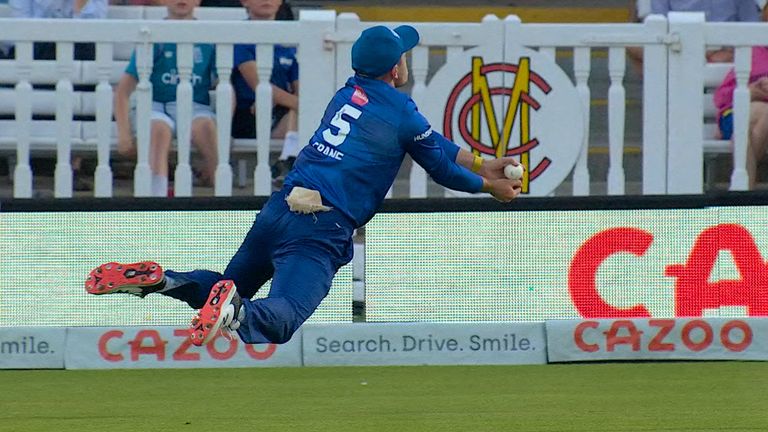 Spirit's seamers ensured boundaries were few and far between in the early stages, with only three registered from the first 37 balls and the visitors continued to shed wickets at regular intervals.

Thompson foxed Wayne Madsen with a slower delivery and then had Walter caught at point, while the most eye-catching dismissal was that of Andre Russell, run out at the bowler's end by Liam Dawson's direct hit from point.

Viewing the carnage from the other end, Phil Salt (36 from 34) did his best to hold the Originals' innings together - but, when he was bowled by Dawson, any faint hopes of a recovery evaporated. 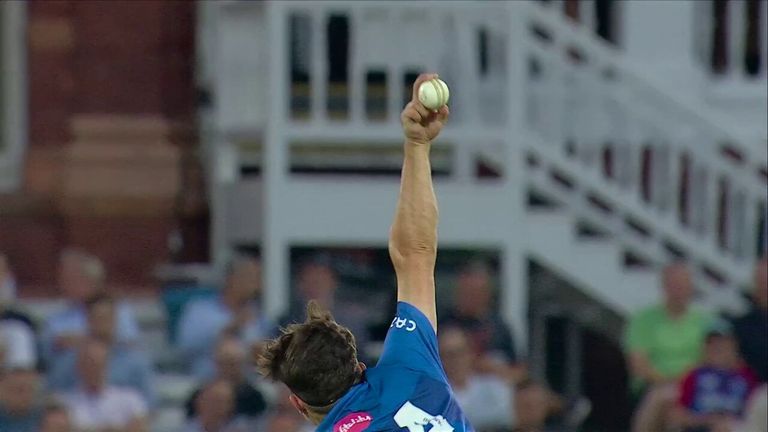 Jordan Thompson said: "It's obviously a great night for us. The lads batted really well to get us to that score, we bowled well the other night and we carried on tonight as well. So, it's a good win. It's just about changing length and changing pace and using it well. It's good to come down to London and start off with two wins and hopefully we can continue that."

What they said - 'Spirit were fantastic' 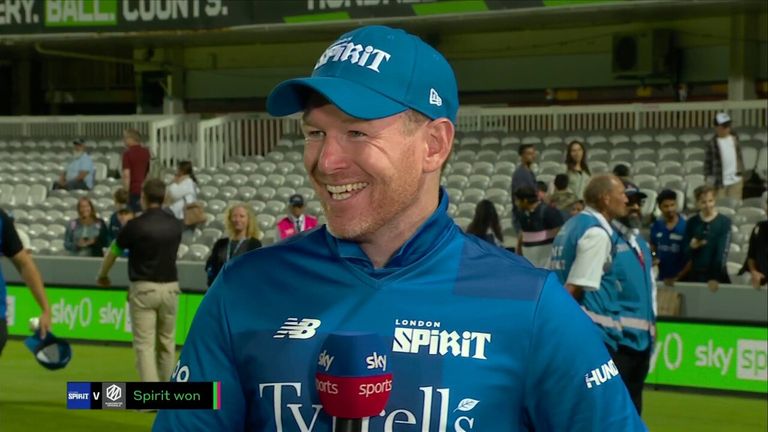 Sky Sports Cricket's Kumar Sangakkara: "London Spirit were fantastic. They read the conditions really well, batted really well and picked the right bowlers and the right areas to attack. They didn't get too carried away and too focused on just the short side.

"Manchester Originals had probably a very, very poor batting strategy, they should have gone in and had a chat about how to chase it down and which bowlers to take on. They got too focused on the short boundary and they couldn't really get into sync and rhythm with the conditions of the day.

Eoin Morgan: "You've got to win the toss when Harry Kane tosses the coin, you've got to bat don't you?! We tried to hit them off it as much as we could and then tried to replicate that with the ball. We rotated the seamers from one end because they predominately had right-handers and we bowled spin the other."

Tuesday's fixture is between Northern Superchargers and Trent Rockets at Headingley. Build up on Sky Sports The Hundred, Sky Sports Mix and Sky Sports Main Event begins at 6pm ahead of the first ball at 6.30pm. You can also watch the match via our a free live stream on skysports.com, the Sky Sports App and the Sky Sports Cricket YouTube channel.