For only the fifth time in history, England and Australia have drawn an Ashes series.

In the spirit of equality, we asked former captains Nasser Hussain and Ricky Ponting for their reflections on the key points in a titanic tussle.

NASSER: Losing Jimmy Anderson on day one at Edgbaston was a massive blow - not just for the Test but the series. Don't forget that despite that, though, Australia were 122-8 in their first innings but England couldn't grasp their chance.

It would have been great to have seen Anderson - England's best bowler against right-handers - go head-to-head with Steve Smith. The pitches did a bit during the series, Smith was in phenomenal form, and it would have been a great battle. 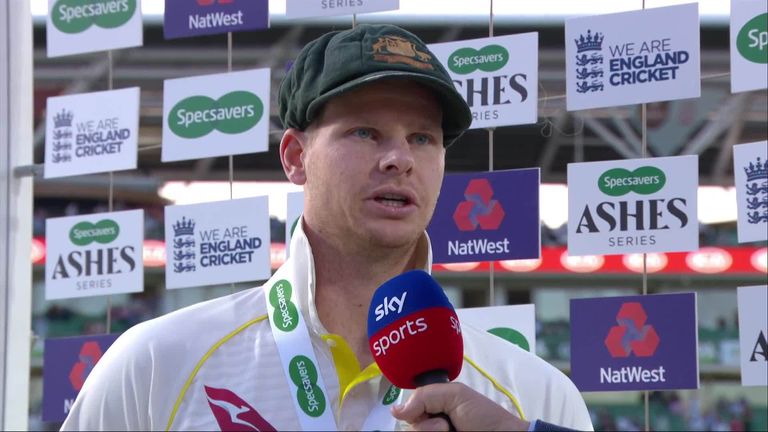 Stuart Broad was brilliant in the series, by the way, in particular to left-handers, and his hold over David Warner made sure Australia began on the back foot every innings.

RICKY: Australia put on 162 for the last two wickets in that opening Test, with Peter Siddle and Nathan Lyon providing superb support for Smith. Those were crucial stands in the series. 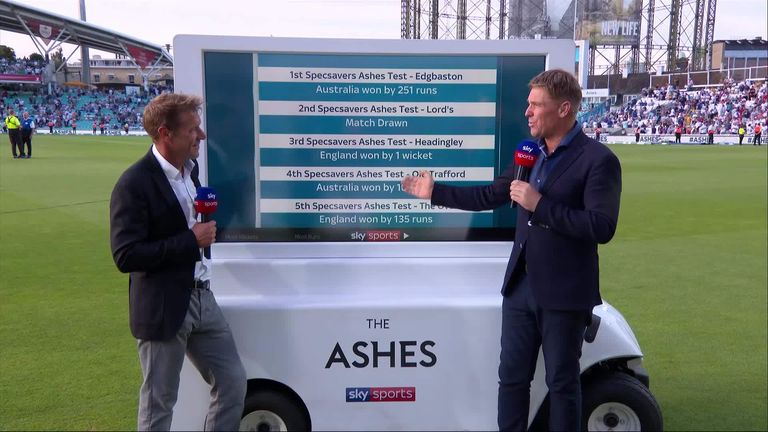 I remember sitting at home and checking the scores, thinking it was going to be a long way back into the game for Australia, but those two partnerships really turned the tide and Australia ended up going on to win that Test match by 250 runs.

If Anderson had played the whole series then I feel the attacks would have evened each other out.

NASSER: The top-order wasn't a complete disaster, thanks largely to the way that Rory Burns and Joe Denly adapted, but the story of the middle-order pulling England out of trouble isn't a new one.

Australia, with the ball, were relentless. The only real time that England got out of jail was Ben Stokes' brilliant innings at Headingley.

RICKY: Relentless is the word, Nas. If England's batsmen got through a spell from Josh Hazlewood, then Pat Cummins came on, if they got through Cummins, then Lyon came on. Conditions suited Siddle in the first two Tests and then there was the young bull, James Pattinson. Class bowlers everywhere.

That starts with selection, where England confused white-ball and red-ball cricket; they opened with Jason Roy, then at Old Trafford they left Chris Woakes out - a bowler who averages 22 with the Dukes ball in England. Craig Overton came in, showed some fight, but then was jettisoned.

NASSER: You sit in the commentary box and think 'these guys are doing things I can only dream of'; it has been proper Test match cricket. The standout player in Test cricket, Smith, against a new kid on the block in Jofra Archer.

We wanted to know if all the fuss and hype around him was justified, and I think Archer showed that it is. He challenged Smith - even knocking him over at Lord's - but Smith came back after missing the third Test and got a double hundred. Brilliant. 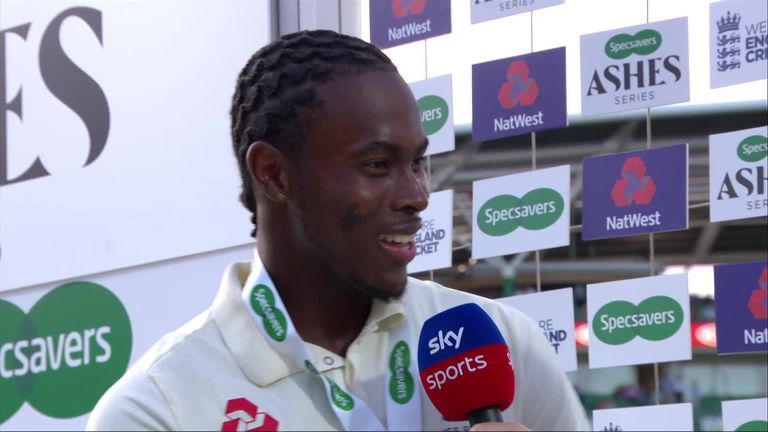 Looking back at the couple of spells after that one at Lord's, we all just expected that he was going to come in and bowl 94mph all the time. He's not going to be able to do that and, if he does, he'll be out of the game quicker than he came in. You just don't last that long bowling that quick all the time.

They are going to have to manage him and map out a very clear plan for what they want to do with him in short-form cricket and how much Test cricket they want him to play in the next four or five years because he won't be able to play all of it.

NASSER: Root has made mistakes, but I don't buy into this talk that captaincy is affecting his batting. I tell you what did affect his batting, the bowlers from Australia.

Archer is a test for Root's captaincy as well. It's quite easy captaining Anderson and Broad, to a degree, they know what they're doing, they'll buy into certain things - Root has been brilliant with Broad, getting him to bowl fuller - but Archer feels that he wants to do it his way. 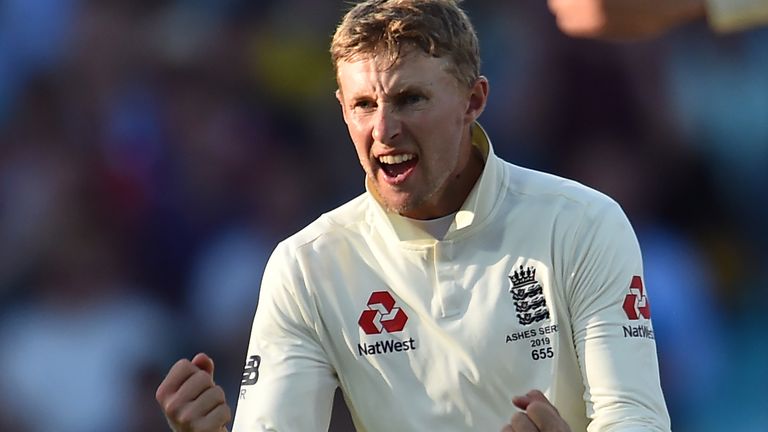 I like people like that, with that character, but he is going to be a test for Root because he believes that he is doing the right thing. He's fairly laid back, he's fairly relaxed, you've got to buy into that but just occasionally nudge him and say 'I want a spell now, I've given you what you want, give me a spell now'. 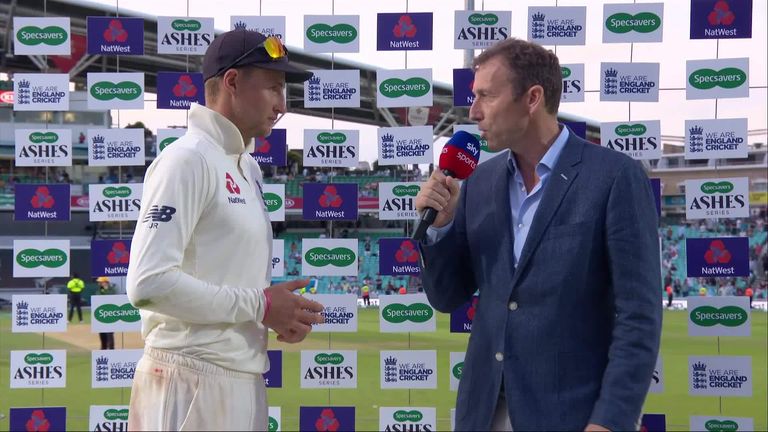 RICKY: I think Tim Paine would look at it [retaining the Ashes] as being no more important to him as captain than it is to the rest of the playing group and all of Cricket Australia.

It's a huge moment for the team on the back of what has been a pretty turbulent 18 months, it's fair to say. A couple of our best players out for 12 months, Bancroft a nine-month ban; a lot of our administrators back home in Australia are no longer in the roles they were in. It was a pretty tumultuous time, which Justin Langer has had to steer the team through. 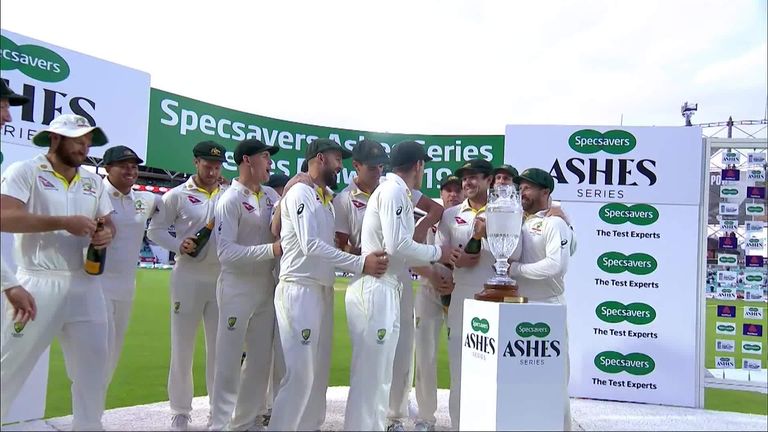 The World Cup was a success. You could argue that at the halfway mark of that tournament, Australia were probably playing the best out of anybody, so the one-day stuff has turned around. Then, in England, to retain the Ashes is a great achievement.

I think Tim has handled himself exceptionally well right the way through. He presents himself well, speaks really well, has been leading the team exceptionally - on and off the field - and he is starting to get some of the rewards for that.

NASSER: I think 2-2 is a fair result. I don't think either side were quite good enough to win the series. Australia had the most periods of sustained pressure but, in the last Test, they just made too many mistakes. With the toss, with selection, with dropped catches, their reviews etc. England are a good side and if you make that many mistakes against them, they'll take the opportunity and they did.

I know the people in and around that Australian team, Ricky being one of them, Justin Langer, Steve Waugh. They had the opportunity to win a series in England for the first time since 2001 and they fluffed their lines. I could see it on particularly Langer's face at the end, that he will see it as an opportunity missed. 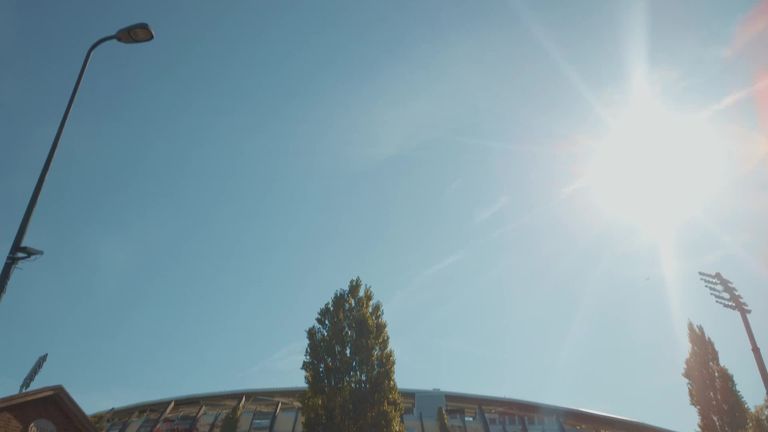 But, you also have to put that into some kind of context of where Australian cricket was at. The hospital pass that Paine was given after 'Sandpapergate' and everything. To come and retain the Ashes, Paine deserves a lot of credit for that, having to deal with all of the off-field stuff that came with it. From where they were, Ashes retained is a pretty good job for him and his team.

RICKY: I'm sure there are mixed emotions around the whole group. They would've loved more than anything to win the final Test match, win the series. I'm sure the coaching staff would be a little disappointed with the level of cricket played this week - I think we would all agree that Australia were a little sloppy the first couple days. 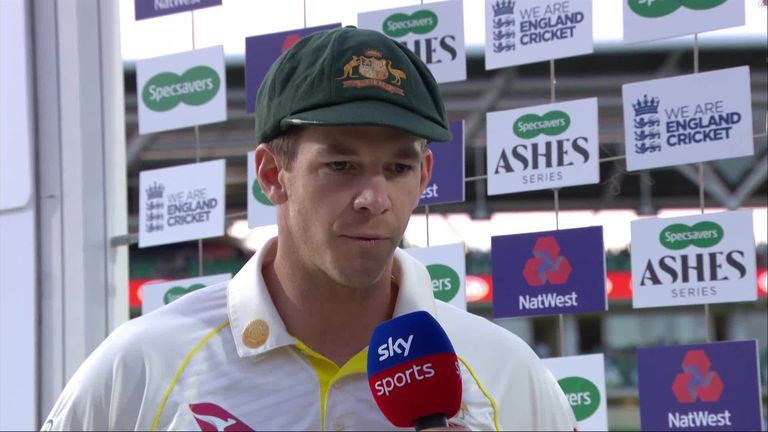 But overall I think it has been a really good campaign for Australia. A 2-2 tie and retain the urn - that's probably a reasonably fair reflection of the cricket that has been played.

What I would say now is that things are starting to regenerate in terms of Australian cricket. There is more positive talk around the team than there was.

What now for the two teams?

NASSER: The first thing needed is some of those cricketers need a serious rest! Time completely away from the game, time with the family. The lads that have played all formats this summer - the likes of Root, Stokes, Jos Buttler, Jonny Bairstow - I can only guess at how mentally exhausted they must be.

Giles and the like at the ECB now need to bring the focus on Test match cricket and make some serious decisions with the selectors. There's also going to be a new coach coming in; does he want to split the coaches? 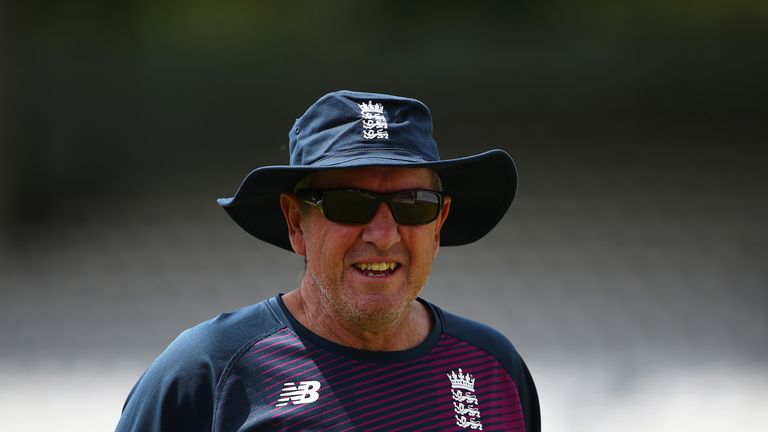 If he does, I would say England need a technical coach in Test cricket. Trevor Bayliss has been a more white-ball focused coach and so now perhaps they need someone a little bit more hands-on in Test match cricket. When Roy is going hard at the ball, when Root's trigger movements aren't quite right, when Denly keeps flirting outside off stump, just to take them to one side and say 'let's work on this', 'let's look at this'.

Also, the fundamentals of the team need working out. Is Buttler going to bat at No 7, and should he keep? Bairstow, the same? Also, how do you get Sam Curran and Stokes into the same side? And they need to nurture this new, emerging crop of fast bowlers so that when they do go to Australia in two years time, they don't have a very one-dimensional, medium-fast attack like they did last time. They need Archer, Saqib Mahmood, Olly Stone, Mark Wood. 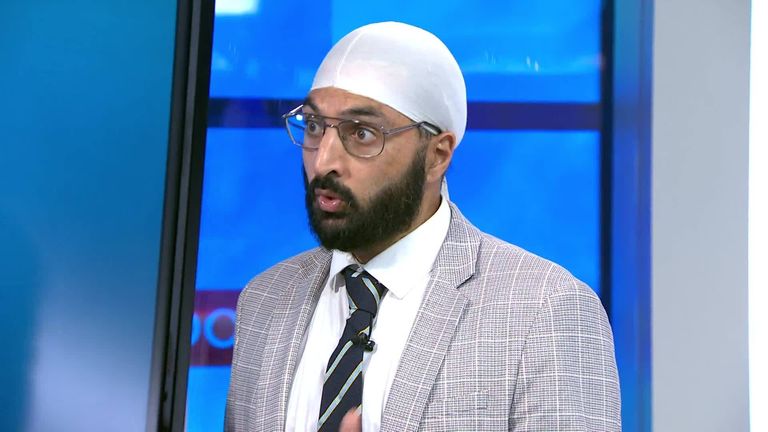 RICKY: Heading into the Australian summer, the locks as far as the team are concerned are Warner - even though he has had a really poor series - Marnus Labuschagne, Smith, definitely. Matthew Wade, off the back of what he did at The Oval, is probably also now a lock.

The bowlers then pick themselves. I think Siddle probably won't be in the team for the first Test against Pakistan. I'd go back to Mitchell Starc or Pattinson, with Cummins and Hazlewood.

Beyond that, there are a few little gaps there that the selectors need to talk about and work out. I'm not convinced Marcus Harris will start the summer, and what do they do with Mitchell Marsh? Do they want an allrounder for that No 6 role, or a Travis Head?