Stuart Broad on Ben Stokes: "He has a really good cricket brain. He's someone who has grown and matured incredibly over the last three or four years"

Ben Stokes is set to captain England for the first time in the first Test against West Indies with Joe Root poised to miss the game due to the birth of his second child.

Root's wife Carrie is due in early July and he will have to self-isolate at home for seven days after the birth before he can rejoin the England team.

Vice-captain Stokes will step up to lead the side in Root's absence in the series opener at a bio-secure Ageas Bowl from July 8 and has been backed to do an excellent job by seamer Stuart Broad.

Broad told reporters on Sunday: "I have no doubts that Stokesy will be brilliant at captaining England for this one-off Test match or two Tests - we don't know how long it will be.

"To come in and captain one game, I think he'll find very easy. I don't think there'll be much stress or pressure on him or that he'll struggle in any aspect, to be honest.

"He has a really good cricket brain. He's someone who has grown and matured incredibly over the last three or four years.

"One thing we'll have to encourage him, as players, is to make sure he uses his own ability as a player. 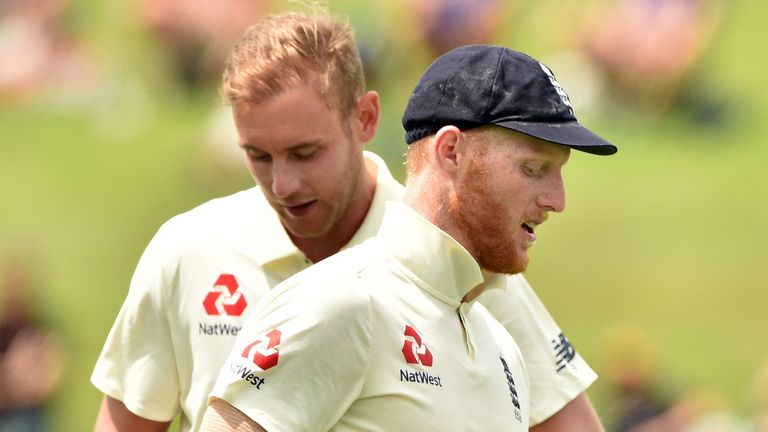 The pressures arise when the job is full time and there are a lot of other meetings that go on, and the planning. That's when the captaincy becomes very tough. Stokesy won't have to get too involved in that.

"Sometimes, captains can be quite shy of bringing themselves on to bowl or, with other things going on, they don't want to take responsibility of that part of the game.

"As players we will just need to say, 'Stokesy, it's your time to come on with the ball and make an impact'."

Root's absence would end a run of 77 consecutive Tests for the batsman.