Jonny Bairstow and Moeen Ali to link up with England white-ball bubble after Test omission, says Ed Smith, who explains why Joe Denly keeps his place in top four

National selector Ed Smith says "no doors are closed" on Jonny Bairstow after the wicketkeeper-batsman was left out of England's squad for the first #raisethebat Test against West Indies.

Smith announced Bairstow and spin-bowling all-rounder Moeen Ali will link up with a "white-ball bubble" - full details of which will be released in due course - after being omitted from both England's 13-man squad to face West Indies at The Ageas Bowl from Wednesday and a list of nine reserves.

Bairstow, 30, has played just one Test since the Ashes - that coming as a replacement for the ill Ollie Pope in South Africa in December - with Jos Buttler now embedded as Test gloveman and Ben Foakes his deputy.

"No one doubts he is a very good cricketer across all formats and no doors are closed for him. We are fully aware of what he can do in Test cricket," Smith said of Bairstow, who averaged just 18.55 in 10 Tests in 2019.

"But it is also the case that we are where we were before coronavirus caused a suspension - Jos Buttler is the man in possession and Ben Foakes was the deputy on that tour to Sri Lanka.

"I wouldn't make any presumptions in terms of anything being blocked for Jonny. There is a wide understanding of how good he is at his best.

"He is a very talented player and has played some very fine innings for England across the formats. That is not going to be forgotten.

"Jonny has had an exceptional spell of form in white-ball cricket and there is cricket to be played there, so it seemed the best arrangement for Jonny to move across to the white-ball bubble.

"With Moeen and Jonny, part of the calculation is that they have been very good performers in white-ball cricket."

Moeen has made himself available again for Test cricket after a self-imposed break after the Ashes but Dom Bess has been selected as England's spinner for the series opener, with Jack Leach in reserve.

"We are very glad Moeen is available - he is a trusted and valued cricketer and his availability is good news for the spin department," added Smith.

"Dom Bess did very well in South Africa and Jack Leach has had spells in recent months where he has been England's spinner and been unfortunate with illness and injury, so there is no change."

Joe Denly, meanwhile, has retained his place and is set to join Rory Burns, Dom Sibley and Zak Crawley in England's top four with captain Joe Root missing the match in order to attend the birth of his second child.

Denly, 34, averages 30 from 14 Tests with no centuries and his spot looked a little precarious after the uncapped James Bracey and Dan Lawrence - both named as reserves for the first Test in Southampton - hit half-centuries in England's internal warm-up fixtures last week.

However, Smith pointed to the Kent man playing his part in England winning three Test matches in a row - they rallied from 1-0 down to beat South Africa 3-1 this winter - and the top-order becoming less brittle. 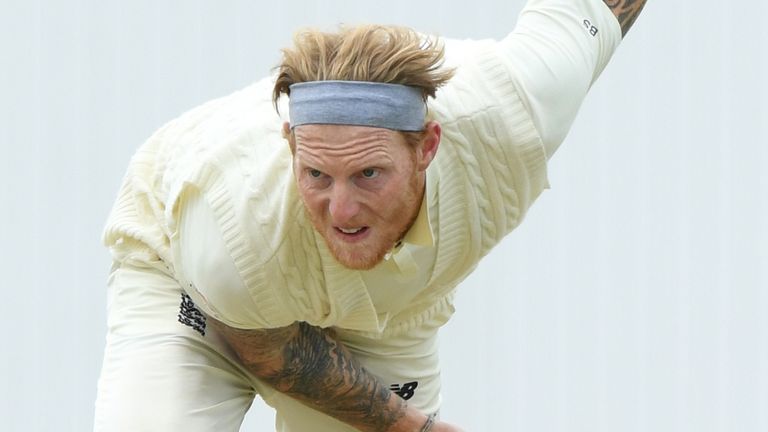 Ben has been both extremely focussed on his own game and also very interested in all the things to do with the team, playing a full and active part in all discussions about planning for the upcoming game. He is really looking forward to the challenge.

Root's likely return for the second Test at Emirates Old Trafford, though, means one of Burns, Sibley, Crawley and Denly could lose their spot.

"England have come off the back of three consecutive Test victories and there is clearly an emerging Test plan from coach Chris Silverwood and Joe Root, supported by the selectors, about how they are setting up the team," said Smith, who expects Denly to bat at No 3 next week with Burns and Sibley opening and Crawley filling in for Root at No 4.

"There has been a real emphasis on solidity at the top of the order and getting a bank of first-innings runs so that the bowlers can bowl as a unit and win games of cricket. There has been more solidity this winter and Joe has been a big part of that.

"The standout performances may have come down the order from four, five or six but the platform has been laid by the top order. Joe has made lots of good starts, lots of good contributions.

"Obviously as a top-order batter he would like to convert those starts into hundreds and big hundreds, that goes for any batsman. But it is fully understood that he has contributed to good team batting performances and contributed very well at times.

"You want competition for places and for it to be the case that there are more players you want to select than there are places in the team, like in the World Cup last year. That's the problem, in inverted commas, you want as a selection panel. 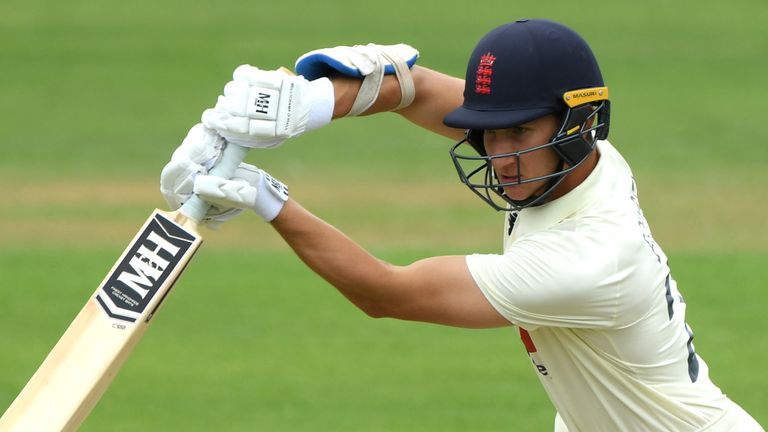 We are very excited to have the depth we have in key positions and the training group was a very useful exercise for all of us. It was an opportunity to see guys who have done well in the Lions - James Bracey, Ollie Robinson - play against and with people in the England side and also practise against those people. That has been the most pleasing thing about this period. We are encouraged about the developing depth.

"I think we are moving to that point in Test cricket now, with a lot of the conversations around 'it's hard to leave that guy out'. That's what we want - positive problems."

Smith also confirmed that there are no injury concerns over seamers James Anderson and Jofra Archer, who were hit by rib and elbow injuries respectively over the winter, and that Sam Curran's recent illness - now known not to be coronavirus - played a part in the all-rounder only being named as a reverse for the first Test.