Azeem Rafiq claims "deep-rooted" racism at Yorkshire left him "close to committing suicide"; Yorkshire say they take these allegations 'extremely seriously' but add that it would be inappropriate to comment further as an independent investigation is still ongoing

Azeem Rafiq has filed a legal claim against Yorkshire County Cricket Club under the Equality Act, following his allegations of institutional racism at the club.

Rafiq spoke out in August, claiming he had experienced "deep-rooted" racism while playing for Yorkshire between 2008 and 2018, which had left him "close to committing suicide".

Yorkshire have since launched an investigation into the allegations and Rafiq has now filed a legal complaint against the club, claiming he suffered "direct discrimination and harassment on the grounds of race, as well as victimisation and detriment as a result of his efforts to address racism at the club".

"Those who have, like me, been on the receiving end of racism and discrimination will understand how hard it is to open up about the pain and suffering it causes," said Rafiq.

"I feel a sense of relief to finally speak about it and that my healing process can now begin.

"I hope this claim will give me the closure I need and that the recommendations from the Tribunal will help bring about change for our future generations in cricket."

The club responded with a statement on Tuesday that said they take the allegations "extremely seriously" but added that it would be "inappropriate" to comment further while proceedings are ongoing.

The Yorkshire statement read: "Racism has no place in our society or in our sport.

"We have taken the allegations made extremely seriously, launching a thorough, independent investigation and now await the results and recommendations from this early next year.

"This is an important investigation for the club and a distressing time for all involved but with this process underway and the investigation team currently conducting interviews, it would be inappropriate for us to go into further detail on any ongoing legal matters at this stage."

Rafiq's claim against Yorkshire alleges he was given a racist nickname by his team-mates and that other racist comments were directed at players from an ethnic minority background, including the term "P***", with the phrase "go back where you came from" also used.

It alleges that Yorkshire failed to respect ethnic beliefs of Pakistani players and players of Pakistani descent, "including the non-provision of Halal food facilities and attempts to enforce the drinking culture of the club on them". 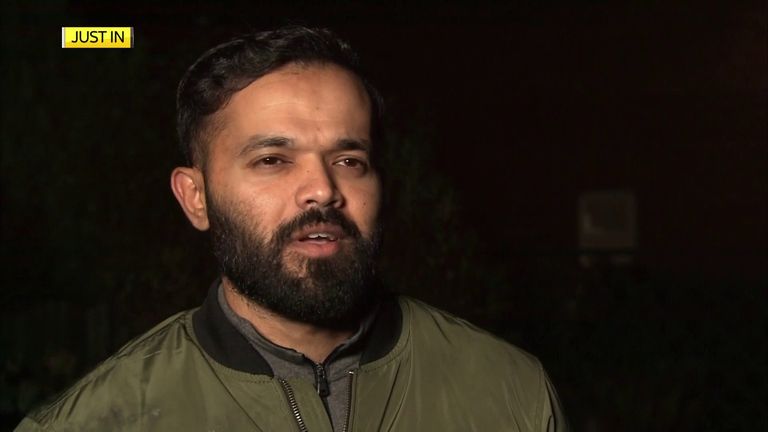 It is alleged that in one incident players and officials laughed in response to alcohol being thrown on a Muslim child at a match.

It is also claimed that a Yorkshire team-mate told a black South African player to "f*** off back to your own country, you Kolpak f*****".

Rafiq claims that he was denied the same professional opportunities as his white British team-mates and that the club repeatedly ignored his concerns about racism and victimisation.

He also claims that he was not provided with pastoral care after his son was stillborn in 2018, shortly before his departure from the club.

"Mr Rafiq's legal claim seeks a declaration that the club acted unlawfully, as well as financial damages for the harm and detriment he suffered," read a statement.

"The claim also makes recommendations to ensure that changes are brought about at the club to ensure it doesn't happen again.

"In particular, Mr Rafiq believes that more must be done to ensure that combating racism in cricket must start with the youngest age groups and continue throughout the junior and senior set-ups."

Rafiq's lawyer, Asma Iqbal, has called on Yorkshire to accept the claim.

"Azeem is a victim of institutional racism who has taken a brave step to whistle blow on an institution which now accepts it needs to embrace change; if only they had recognised this in 2018 when Azeem was crying out for help and support," said Iqbal.

"Crucially, the YCCC can do the right thing and accept this claim, which will allow the action to go ahead. If YCCC is serious about tackling racism, it will do just that."