Mike Atherton on Sri Lanka's collapse on day one of first Test against England: "It was some of the worst Test match batting I have ever seen"; Sri Lanka bowled out for the lowest ever first innings total in a Test at Galle and the Sky Cricket pundits could only despair at their batting 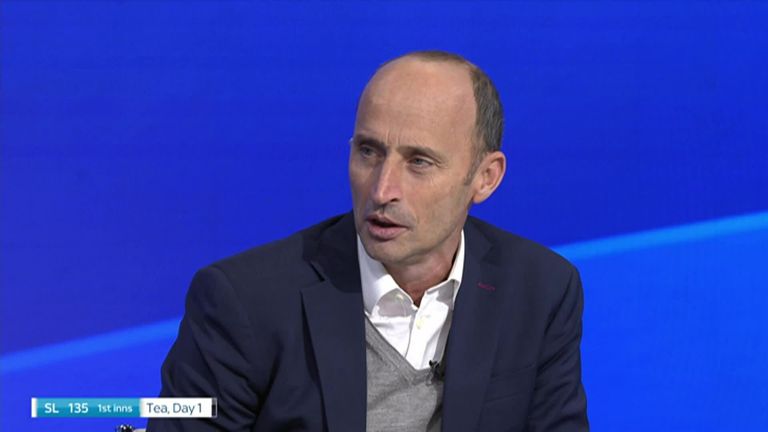 After Sri Lanka were bowled out for 135 before tea on day one of the first Test against England - the lowest ever total for a side batting first in a Test match in Galle - the Sky Sports Cricket pundits did not hold back.

There was some turn on offer for the spinners but few of the batsmen could claim that the pitch or even the quality of the bowling was their undoing. Instead, head coach Mickey Arthur was left to rue a combination of poor shot selection and a failure to learn from the mistakes of others. 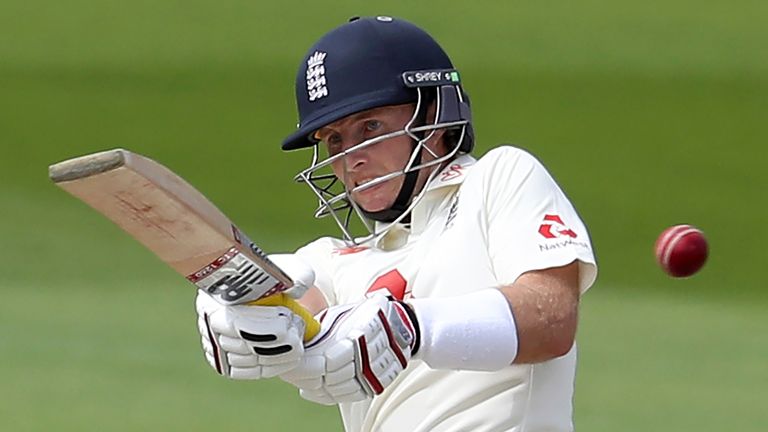 "I think abysmal is being kind - it was absolutely ridiculous," said Nasser Hussain. "You think of some of the greats Sri Lanka have had - what must they be thinking looking at a batting performance like that? It was farcical.

"I'd love to know how many of those Sri Lankan batsmen walked into the dressing room and thought 'I got out to a decent delivery', it was none of them. It was a joke by the end.

"There were people diving in, people reverse-sweeping - that was the most farcical 46 overs of Test cricket I have seen in my life and if Sri Lanka lose this game it's because of how abysmal they have been."

With 12,400 Test runs and an average of 57.40, Kumar Sangakkara is one of those Sri Lankan greats and was less than impressed with what the current crop offered up.

"It was a very, very poor performance," he said. "In any innings, you do have one or two batsmen get out in a very soft manner without any pressure, maybe playing what you might call a silly shot.

"But to have so many making that mistake over and over again through a very important first innings on the first day of a Test match on a very good pitch, it's extremely disappointing.

"The entire Sri Lankan batting line up did not seem at all attuned or ready for Test cricket as they showed us on the field today.

"It's not really that the turn bothered any batsman, other than maybe Dilruwan Perera, who got a beautiful dipping delivery bowled by [Dom] Bess, the rest just did not really have control of their movements or technique.

"I spoke earlier about controlling those hands, the speed of those hands and none of them really had any semblance of control. Then, of course, you had horrendous decision making in really tricky situations which called for calm, smart, cool thinking.

Mike Atherton was similarly bewildered my Sri Lanka's approach with the bat and, while acknowledging a number of mitigating factors, believes they gifted wickets to the England bowlers.

"I think it was some of the worst Test match batting I have ever seen," the former England captain said. "Test cricket is a game of skill, attitude, aptitude and thought and there was very little of any of it from Sri Lanka.

"There may be some excuses in terms of a lack of practice, a lack of match time, a lack of cricket generally in this Covid era. This is Sri Lanka's first home series since the pandemic struck but there the excuses have to stop.

"You might be short of form and confidence but you don't lose your ability to think through a game if you've not played that much cricket.

"It's great for Dom Bess that he's got a five-for but he's never going to get a cheaper one than that because he really didn't bowl all that well, Jack Leach was much the better of the two spinners actually, and I thought Stuart Broad bowled beautifully."

An unbeaten partnership of 110 between Joe Root and Jonny Bairstow ensured England did not suffer the same fate as their hosts having slipped to 17-2, with the pair showing great patience and composure to lead the visitors to 127-2 at stumps.

However, Hussain is concerned that Sri Lanka's display is emblematic of Test batting around the world.

"It wasn't Test match cricket of the highest quality and it does concern me," he added. "I know this is a small sample size of one day, one innings but Test match batting, in particular, around the world at the moment really concerns me.

"Are people preparing mentally in the right way for a Test match innings? Bat long, value your wicket. Even the way people talk about people who do do that, I brought up [Cheteshwar] Pujara on commentary, it's almost like 'that's boring, we don't want that anymore, he blocks it, you've got to show intent' - no, your batsmen set it up.

"You can't win a game on the first morning but you can certainly go a long way towards losing it and that is exactly what Sri Lanka have done."

Watch day two of the first Test between Sri Lanka and England on Sky Sports Cricket and Main Event from 4.15am on Friday.