Sky Sports selects the best batter, bowler, match and moment from the T20 World Cup, as well as the overachievers and underachievers from the past few weeks in the United Arab Emirates; next T20 World Cup takes place in Australia in late 2022, when the hosts will be defending champions...

England star Jos Buttler and Australia duo Adam Zampa and David Warner are among the players praised as Sky Sports Cricket dishes out its awards for the T20 World Cup.

There was drama right to the last in the UAE, with Australia powering past neighbours New Zealand in Sunday's final in Dubai.

Opening batter Warner, tricky leg-spinner Zampa and the likes of Josh Hazlewood came to the fore for Justin Langer's winning side, but there were plenty of bright spots, moments of brilliance and feats worthy of recognition across all the teams and throughout the whole competition.

Sky Sports pored over the World Cup footage, made some tricky decisions, and can now reveal the winners of our awards - let us know what you think on @SkyCricket

Pakistan's fearsome opening pair of Babar Azam and Mohammad Rizwan was probably the fiercest in the tournament, and while Sri Lanka's Charith Asalanka and England's softly-spoken destroyer Jos Buttler impressed, too, we have gone for David Warner.

The 35-year-old smashed 289 runs with a strike rate of 146.70, hit a key 49 in the semi-final win over Pakistan and laid the foundations for victory in the final with a muscular 53 off 38 deliveries, winning him the official Player of the Tournament gong from the ICC. Can he take some of that form into red-ball cricket for The Ashes?

Sure, watching searing pace bowlers like Trent Boult, Josh Hazlewood and Anrich Nortje steam in with nostrils flaring is all well and good.

But the control, variety and wicket-taking ability of the spinners is key, and so it proved again. Shakib Al Hasan was skilful as ever and while top wicket-taker Wanindu Hasaranga (16 at 9.75) was unplayable at times, fellow leggie Adam Zampa was an instrumental part of Australia's side. 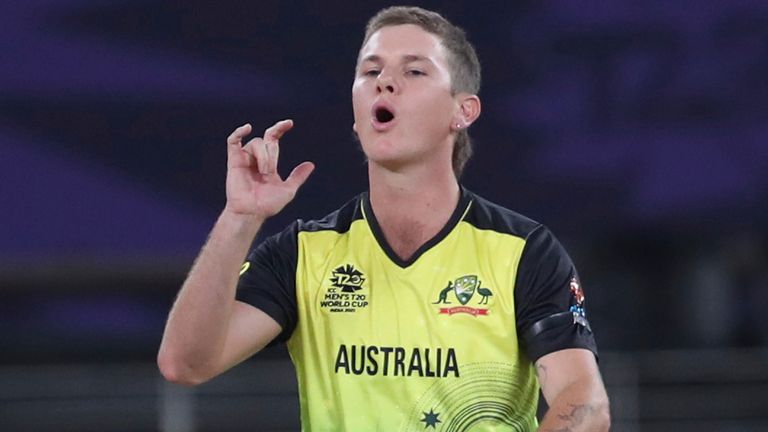 Only 59 cricketers in history have hit a T20I century, and Jos Buttler inscribed his name on that list with a sensational 101 not out off 67 balls against Sri Lanka, the only century of the competition.

On a challenging Sharjah wicket, facing far from the tournament's worst bowling attack, the 31-year-old absorbed pressure during a 46-ball fifty and then accelerated, taking just a further 22 balls to reach three figures.

Thanks to his heroics, England achieved the rare feat of winning a floodlit game batting first in the tournament.

Boult's efforts in the final, taking 2-18 from his four overs, deserve recognition, but Josh Hazlewood's 3-16 in the same game was a masterclass in line, length, aggression and control.

ICC Team of the Tournament

Although the final didn't live up to its top billing, both semi-finals were outstanding in terms of quality.

Elsewhere, there was plenty of late drama as well, with Bangladesh vs West Indies the only game to go down to the last ball, which saw Andre Russell preventing Mahmudullah from hitting the four he needed.

However, South Africa's thrilling win against Sri Lanka, with David Miller's last-gasp maximums outdoing Hasaranga's hat-trick was probably the highlight. Scotland's tight win against Bangladesh before the Super 12s was a cracker, too.

There are too many outstanding fielding feats to mention, but two other moments stand out: Daryl Mitchell's sporting decision not to take a run after judging he impeded Adil Rashid. In an often gladiatorial sport, in the white heat of a semi-final, it was a classy move.

But the best moment has to be Shaheen Shah Afridi dismissing Rohit Sharma for a golden duck. Pakistan against India, arguably the biggest game in cricket, with up to 100 million watching around the world.

The seasoned opener Rohit, 34, against the young pretender Shaheen, 21. Four balls in, the bowler raps his pads and Pakistan go on to win by 10 wickets.

Aaron Finch gets his hands on the trophy as Australia celebrate their maiden T20 crown!

Sure, India almost made the semi-finals. But in their three tough group games, they lost two - and by a sizeable margin, coming up woefully short against Pakistan and New Zealand.

Bangladesh have the talent to do better too, but a much-vaunted West Indies will not want to look back on a tournament record of four losses with one (very narrow) win.

Scotland and Namibia may have struggled at the Super 12s stage, but the Scots made history by making the group stage of the tournament for the first time ever, while Namibia won plenty of fans with their committed and honest style.

Arguably, the real overachievers were Australia. Sure, they're a talented side, but you'd have got fairly long odds of them winning the tournament before it all started.

They snapped Pakistan's five-match winning streak in the semi-finals and then went on to defeat New Zealand in the final game to win the T20 World Cup for the first time.