The DCMS select committee is investigating cricket's governance following Azeem Rafiq's allegations of racial harassment and bullying at Yorkshire; Middlesex chair O'Farrell has apologised for "the misunderstanding" caused by his comments, but says he is not considering resigning 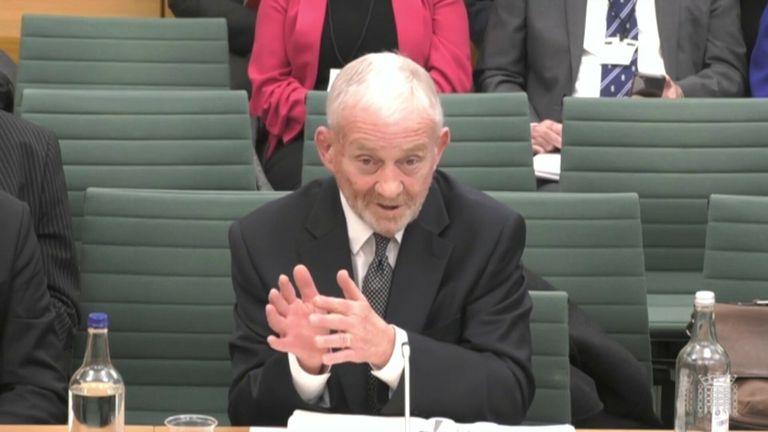 Azeem Rafiq says Middlesex chair Mike O'Farrell's comments around the lack of diversity among young people in cricket confirms an “endemic problem” the sport has with racism.

Rafiq's allegations of racial harassment and bullying during his two spells at Yorkshire between 2008 and 2018 have resulted in the Digital, Culture, Media and Sport (DCMS) select committee investigating the governance of the sport.

The committee, which has previously warned of funding cuts if cricket fails to "clean up its act", held a meeting on Tuesday, during which O'Farrell attempted to defend his county's record on diversity and inclusion.

"The football and rugby world becomes much more attractive to the Afro-Caribbean community," O'Farrell said.

"And in terms of the South Asian community, there is a moment where we're finding that they do not want necessarily to commit the same time that is necessary to go the next step because they prefer, not always saying they do it, they sometimes prefer to go into other educational fields and then cricket becomes secondary, and part of that is because it's a rather more time-consuming sport than some others."

Rafiq, who had moments earlier retweeted a post referencing O'Farrell's comments, then appeared to directly address them himself.

"This has just confirmed what an endemic problem the game has," Rafiq said. "I actually can't believe what I am listening to."

Middlesex chair O'Farrell has apologised for "the misunderstanding" caused by his comments, but says he is not considering resigning.

Speaking to Sky Sports News on Tuesday afternoon, Rafiq directly addressed O'Farrell: "I've got a message for him. We all love cricket. This narrative that we've been hearing for a long time that Asian cricketers want to go and study, that's because we've not been made to feel welcome in our workspaces. If someone does want to do something else, the data out there proves that we have massive representation at grassroots level that just drops off.

"I thought for him to come out and say that the counties don't get enough credit, I thought it was incredibly disrespectful, but it just shows the wider problem."

Rafiq also responded in agreement to a tweet from Guardian journalist Barney Ronay criticising O'Farrell for using the existence of a women's section at the county as an example of diversity.

"Painful listen and just shows how far removed from reality these people are," Rafiq wrote.

The meeting also saw evidence given by Yorkshire chair Lord Kamlesh Patel, Glamorgan chair Gareth Williams and Hampshire chair Rod Bransgrove, who also came under fire from Rafiq for claiming his county were "overachieving" in their efforts to improve diversity.

"In some areas I think we're already there and probably overachieving in some areas," Bransgrove said. "I think that we've identified what the issues are in our particular area and we are addressing them, and we've accelerated that process."

Alongside an angry emoji, Rafiq posted: "Overachieving? Am I hearing this?"

Rafiq later added to Sky Sports News: "I think it shows that clearly maybe the problem lies with the counties a lot more than the ECB.

"Clearly you've got a demographic of county chairs that don't see the problem.

"I found it quite staggering to hear that one of the chairs felt they were actually overachieving in this space."

"Honestly these outdated views in the game are exactly why we are in this position," Rainford-Brent, who is a director at Surrey, wrote.

"Unfortunately the decision-makers hold onto these myths. 'The Black community only like football, and Asian community only interested in education' Seriously the game deserves better."

O'Farrell released a statement on Tuesday afternoon apologising for "the misunderstanding" his comments had caused, and later told Sky Sports News he is not considering resigning.

Asked if he would consider his position, O'Farrell said: "Not at this particular stage because I think what we're doing for Middlesex cricket, and the game generally, is moving it in the right direction.

"I think what we've achieved here, and I'm speaking for Middlesex at the moment, says that we're on the right path. 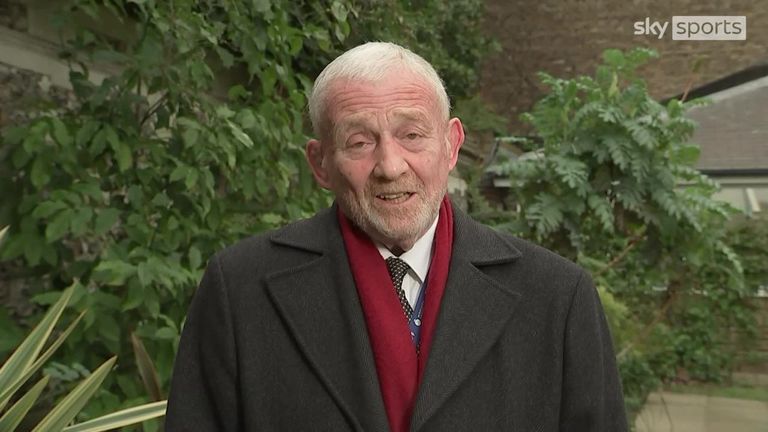 "If the board decide that they think that I should step down, I will do that.

"If the members feel strongly enough, I'm sure they'll tell me."

In a statement released moments before O'Farrell's appearance on Sky Sports News, he said: "First and foremost, I wish to offer my wholehearted apologies for the misunderstanding that my comments made at this morning's DCMS Select Committee hearing have evidently caused.

"I wholly accept that this misunderstanding is entirely down to my own lack of clarity and context in the answers I provided, and I am devastated that my comments have led to the conclusions some have made.

"For the purposes of clarification, I was aiming to make the point that as a game, cricket has failed a generation of young cricketers, in systematically failing to provide them with the same opportunities that other sports and sectors so successfully provide.

"Cricket has to take responsibility for these failings and must learn that until we make the game an attractive proposition for youngsters of all backgrounds to continue through the pathway into the professional game, much like other sports and sectors are doing, the game won't make the progress it needs to.

"We at Middlesex are no different. We have an Academy side that contains in excess of 60% British born Asian and black young cricketers, and we must take responsibility for ensuring that the route into the professional game is as accessible and appealing as other sports or opportunities."

Rafiq: My allegations would have been treated the same at other counties

Rafiq's allegations at Yorkshire led to an upheaval of the county's senior management, and he believes Tuesday's committee meeting was evidence that similar action may be required at other counties.

Rafiq says there was a clear difference between the way Lord Patel, who took charge at Yorkshire in November, answered questions, compared the chairs of the other three counties. 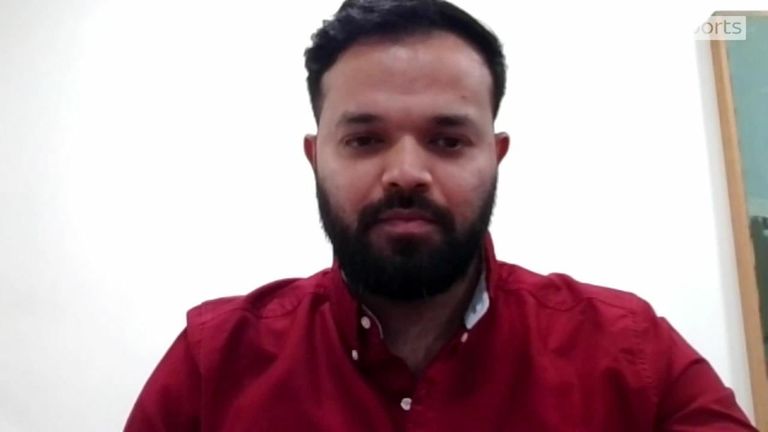 "The one thing that I feel like is, if the same allegations were levelled at any of the others, they would have acted in the same way that Yorkshire did in the past. That was pretty clear. It was the same language, telling us about all the initiatives.

"Today has shown everyone up and down the country where the problem lies and what a long way to go we've got to sort this problem.

"They either need to deal with this properly, look at themselves in the mirror, or they need to let someone else have a go at sorting this out.

"I welcome the fact that there's going to be regular scrutiny on this now because you're seeing what the game has got away with for a very long time."

Kick It Out warns against 'biased and stereotyped' views

The latest DCMS meeting came on the same day that a partnership between the ECB and anti-discrimination charity Kick It Out was announced.

The project, to which Sky have pledged £100,000, is part of a game-wide 12-point plan announced by the ECB in November to tackle discrimination and marks the first time the charity has ventured outside of football.

Following Tuesday's hearing, Kick it Out chief executive Tony Burnett warned that stereotyping is likely to occur when there is a lack of diversity at board level. 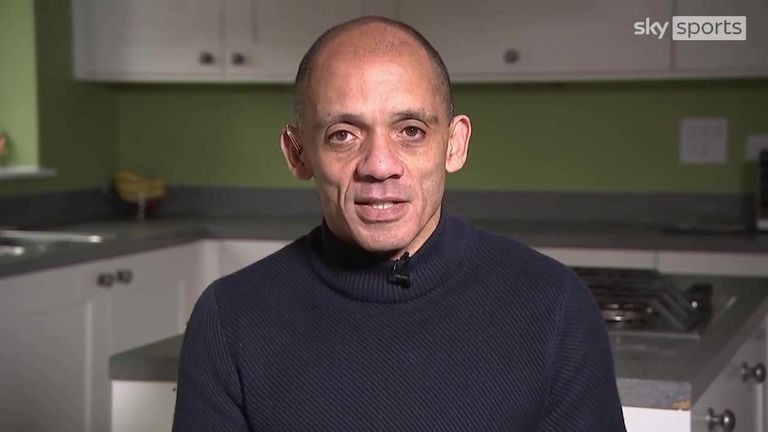 "It's interesting listening to the comments from Azeem and Ebony there," Burnett told Sky Sports News. "We base our decisions and plans on facts and I'd love to see the data that backs up those comments really, to suggest that Black and Asian young people go into different sports for those reasons.

"We need to find the facts and the only way we find facts about why people are not getting into sports is by asking the questions of the relevant communities, not by listening to stereotypes and other ideas that are often drawn out of years of just biased and stereotyped views.

"I think we need to move from a situation, not just in cricket because we've seen this in football, of people who run sports who haven't got any experience of working with different communities and therefore resort to stereotype."

During Tuesday's meeting, the ECB was criticised by the select committee for setting targets that lack ambition and vision.

During an update on the ECB's game-wide 12-point plan to tackle discrimination it published in November, chief executive Tom Harrison told the committee that they have introduced a new target of 30 per cent of girls and boys from ethnically diverse backgrounds playing the game at grassroots level by the end of 2022.

But Julian Knight MP, chair of the select committee, challenged Harrison on the figures, saying it looks like cricket was setting itself challenges that were virtually already achieved.

"That doesn't fill me with confidence," Knight said. "That one of your KPIs (key performance indicators) is an increase of two per cent from 28-30 per cent, when you've already managed a 17 per cent increase in the last three years."

Harrison defended the targets, adding: "I'm not suggesting we are anywhere near where we need to be, we have a huge bond of trust to create with communities right across this country who feel let down.

"We understand the scale of the task that lies ahead of us."

The ECB provided detail on another element of its action plan, confirming that the managing directors of England women's and men's cricket, Clare Connor and Ashley Giles, will lead a review of "dressing room culture".

"The review will commence in February and run across the 2022 season (when dressing rooms are active) with the final report due in September," the ECB said in a statement.

Harrison also confirmed the introduction of a game-wide equality, diversity and inclusion census, revealed a new target of 2000 female South Asian "activators" to increase engagement in the community, and provided updates on the building status of various new urban cricket centres.

ECB deputy chair Martin Darlow also confirmed that Yorkshire could discover next week if their right to stage international matches at Headingley will be restored.

The county had lucrative matches scheduled for this summer removed from them by the ECB in November over their handling of Rafiq's allegations.

Members of Yorkshire's leadership team, including Lord Patel, will make a presentation to the ECB next Tuesday, with club members voting on changes to the county's board structure at an extraordinary general meeting the following day.

Darlow told the DCMS hearing: "Once we're through (the EGM), I anticipate the (ECB) board will be making a decision and considering their options soon after that."

Lord Patel also revealed to the committee that legal documents were being drawn up to remove Yorkshire board veto and observer powers held by the Colin Graves Trust.

Lord Patel's predecessor, Roger Hutton, had told the committee in November that trustees had opposed his plans to remove chief executive Mark Arthur and director of cricket Martyn Moxon from the board over their response to the findings of the Rafiq report.

Committee chair Knight said earlier this month he did not think Yorkshire's right to host internationals should be restored until the role of the Trust was clarified and resolved.