Mark Wood: Who could replace England bowler for second Test against West Indies?

Ollie Robinson could return after missing the first Test with a back spasm if Mark Wood is unable to play in Barbados; uncapped trio Saqib Mahmood, Matthew Fisher and spinner Matt Parkinson other candidates to come into the England side 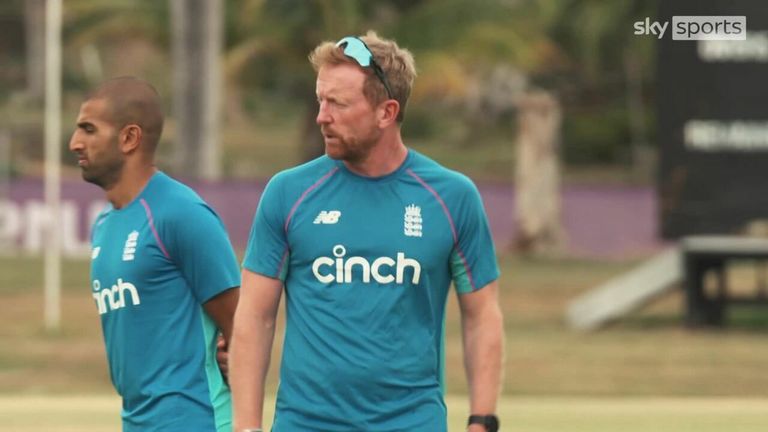 England seamer Mark Wood is "unlikely" to feature in the second Test against West Indies after his elbow injury ruled him out of the final three days in Antigua.

Wood, forced off with a sore right elbow during West Indies' first innings, was unable to play any part in the remainder of the opening Test of the three-match series, which ended in a draw.

The 32-year-old attempted to bowl in the nets before play began on the final day, but he struggled with acute pain and was restricted to a handful of deliveries. 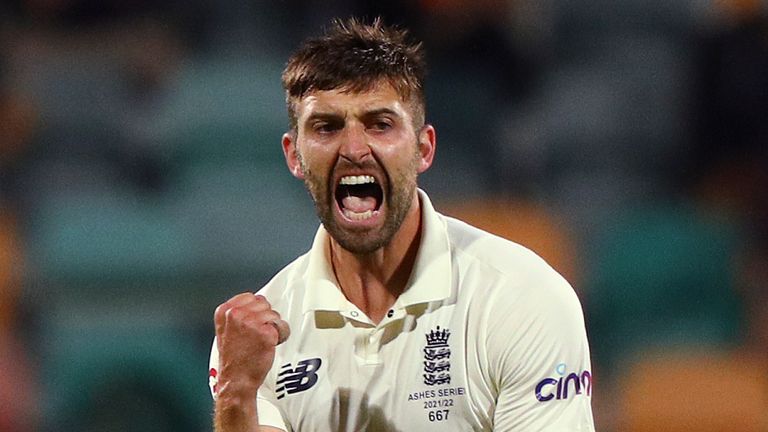 England have decided against summoning a replacement for Wood at this stage, but interim coach Paul Collingwood admitted: "He is sore. We are going to get to Barbados, have a look at him and see what he is going to be like for the rest of the series.

"A scan is the sensible option, there is an impingement there so I'm sure we will have further investigations. But he's not bowled in the second innings so you would say it is unlikely."

Fellow seamer Ollie Robinson missed the Antigua Test due to a back spasm, but could yet return for the second, which gets under way on Wednesday.

"Ollie is looking pretty positive at the moment. His recovery has been excellent," added Collingwood.

"The backroom staff have done a great job on Ollie, he's bowled a couple of spells and is getting the ball through well so that is looking really positive."

Who could replace Wood in England XI?

With the second Test in Barbados due to begin in just four days' time, England's shortage of bowling options poses a potential selection headache.

Warwickshire's Liam Norwell is on standby in case Wood's elbow problem rules him out of the tour - but who is most likely to be the immediate beneficiary at Kensington Oval?

Robinson - who could be seen bowling during the lunch interval on the fifth day in Antigua - will certainly be first in line if he is deemed fully fit.

A successful series against India last summer, where he was England's leading wicket-taker with 21, secured his place on the Ashes tour and, after just nine Tests, he looks comfortably established.

After Wood, the uncapped Lancashire seamer offers England's best source of pace as well as swing and he was the odd man out of the 12 in Antigua as the tourists opted to go with the spin of Jack Leach instead.

Mahmood, who initially caught the selectors' eye after his late call-up for the ODI series against Pakistan last year, was also considered unlucky not to be handed an opportunity in Australia.

Another uncapped member of the squad, Fisher's height enables him to hit the deck hard and England may feel Wood's injury offers an ideal opportunity to try him out at Kensington Oval.

Fisher's potential was noted at Yorkshire from an early age - he was handed his County Championship debut at just 17 - and, after being hampered by a succession of injuries, he has turned in some consistent displays in the domestic game.

Depending on the pitch, England might look outside the box altogether in terms of seamers and decide to go with a second front-line spinner alongside Leach, who bowled well for his three wickets on the final day in Antigua.

Like his fellow Lancastrian Mahmood, leg-spinner Parkinson has been unfortunate not to make his Test debut before now after featuring in tour squads for both New Zealand and Australia. Perhaps this could be his time…