Ben Stokes fell for five in his final ODI innings, given a rapturous reception and standing ovation to and from the crease by his home crowd; South Africa beat England by 62 runs in series opener; Watch the second ODI on Friday (12.30pm on air, 1pm start) 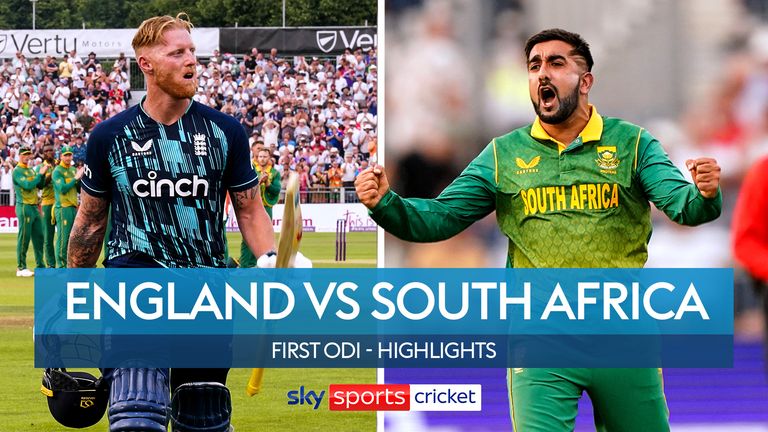 England slipped to a 62-run defeat against South Africa in their one-day international series opener in Durham - Ben Stokes bowing out of international 50-over cricket on a losing note.

Stokes, struggling with his knee, got through five overs with the ball, the same amount he scored with the bat before his final ODI innings was ended by Aiden Markram. England's World Cup winning hero from 2019 was given a rapturous reception and standing ovation from his home crowd on his way to and from the field.

Ahead of his final innings, Stokes had told Sky Sports Cricket's Nasser Hussain that the current schedule for players is 'unsustainable'.

"We're not cars where you can just fill us up with petrol or diesel and then let us go. It does have this effect on you, the amount of playing and travelling we do - it all adds up.

"The schedule at the moment is all very jam-packed. It's asking a lot of the players to keep putting in 100 per cent of their efforts every time they walk out on the field for their country." 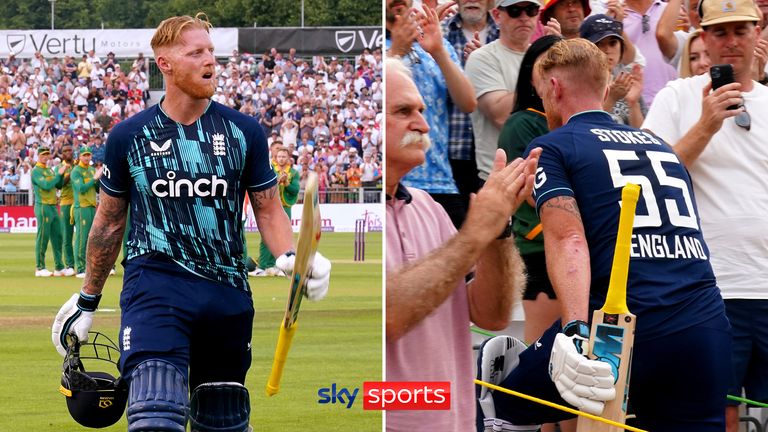 Joe Root (86 off 77) struck a sublime 36th ODI fifty but the middle order crumbled around him and he was eventually bowled by Anrich Nortje (4-53), one of three wickets in the 45th over as England succumbed to a heavy defeat, bowled out for 271 just 11 balls later.

Earlier, Rassie van der Dussen (134 off 117) scored a terrific third ODI hundred for South Africa - and first against England - as the visitors amassed a score of 333-5 after choosing to bat first in the exceptionally hot conditions consistent with the rest of the country. 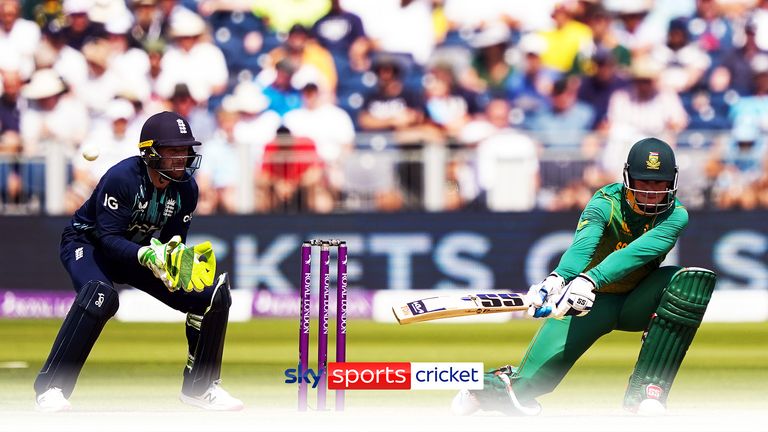 Sam Curran (1-67) bowled the dangerous Quinton de Kock (19) early on, but it was the briefest of bright spots for England in the field as the bowlers toiled and South Africa's top order made hay in the sunshine.

Janneman Malan (57) and Aiden Markram (77) both provided superb support for Van der Dussen, with the latter pairing putting on 151 together off the back of a century stand for the second wicket.

England's cause wasn't helped by Matthew Potts (0-33) - making his debut in front of his home crowd - having to leave the field after a difficult opening four-over burst, seemingly suffering with the sapping temperatures, plus there was Stokes and his knee that needed managing.

Moeen Ali (1-47) picked up Malan, caught at deep midwicket, while Liam Livingstone (2-30) struck twice in an over to end Van der Dussen and Markram's destructive stand.

With two new batsmen at the crease, England ended the innings well, with Brydon Carse (1-46) particularly impressive at the death and Curran unfortunate not to add the wicket of David Miller (24no) as he chopped one back onto his off stump only for, incredibly, the bails to fail to dislodge.

South Africa's score, while challenging, is the kind which this England side has made a habit of chasing down in recent years and, as Roy and Bairstow laid the foundations with a fine century stand, it looked like another 300-plus total would be reeled in by the hosts with relative ease. 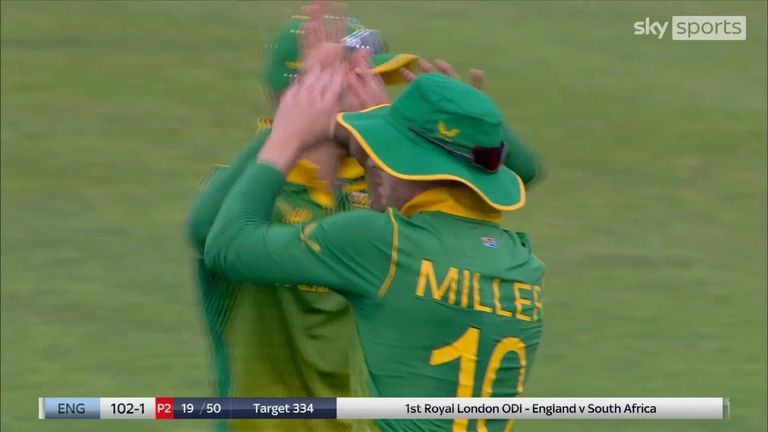 But the reintroduction of Keshav Maharaj (1-42) into the attack, after the South African skipper had earlier opened the bowling, did the trick, with Roy holing out to long-off in the 19th over.

England then looked to target the part-time off-spin of Markram - South Africa covering for the absence of Andile Phehlukwayo to concussion after a nasty collision with Maharaj in the field - but he picked up two vital wickets in his first three overs.

Bairstow was pinned lbw when looking to sweep, while there were to be no Stokes heroics in his final ODI innings as he fell for five, his innings ended in the same fashion but when attempting his favoured reverse to the spinner. 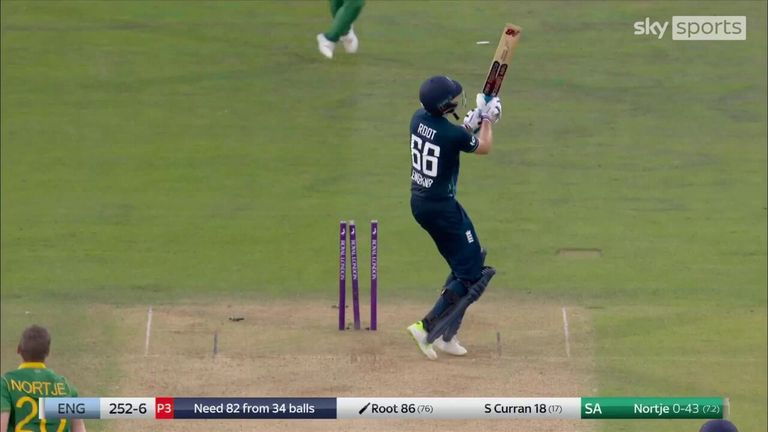 Jos Buttler (12), Livingstone (10) and Moeen (3) all quickly came and went, leaving Root too much to do and Nortje ultimately wrapped up the England innings, his four wickets late on richly-deserved reward for a tireless, quick spell in sweltering conditions.

Stokes: We're not cars - you can't fill us up with petrol

Speaking to Sky Sports Cricket's Nasser Hussain, the all-rounder said ahead of his final innings: "I think the schedule and everything that is expected of us these days, for me personally at the moment, it feels unsustainable.

"We're not cars where you can just fill us up with petrol or diesel and then let us go. It does have this effect on you, the amount of playing and travelling we do - it all adds up.

"The schedule at the moment is all very jam-packed. It's asking a lot of the players to keep putting in 100 per cent of their efforts every time they walk out on the field for their country.

"If you want the best product out there, you obviously want the best players on the field [but] teams are now looking at their squads and saying, 'where can we give players a break?'

"If teams and organisations feel their best players need a break because they need to look after them for one format, I don't think it looks good.

Watch the second ODI between England and South Africa live on Sky Sports Cricket on Friday. Coverage starts at 10.30am with the first ball at 11am.