"I feel as good as I ever have. I never really look too far ahead but I have no plans to finish up anytime soon."

It's a maxim that could come out of any nature documentary but it's also how James Anderson views England's chances of regaining the Ashes after they lost them with a 4-0 thumping in Australia in 2017-18.

Watch every ball of the five-match series between England and Australia live on Sky Sports this summer!

Anderson's side acclimatised superbly in Sri Lanka prior to Christmas, winning a spin-dominated Test series 3-0, but faltered when asked to think on their feet in the West Indies after the festive period, going down 2-1 after heavy defeats in Barbados and Antigua.

England's previous Ashes success, in 2015, was also not without blips - the hosts emerging as 3-2 victors, shredding Australia on juicy pitches at Edgbaston and Trent Bridge but losing on less friendly tracks for their bowlers at Lord's and The Oval.

"We prepared well for the Sri Lanka series and had a really strong plan," Anderson told Sky Sports recently at an event to mark 100 days to the Cricket World Cup in England.

"In the West Indies, we weren't quite sure what we were going to get - we didn't adapt to the conditions, their bowling attack and the way their batsmen played.

"It shows that when we have a clear idea we do well but when we had to adapt we weren't quick enough to pick things up and that is something we have to improve, even in English conditions.

"The five grounds we play the Ashes on will all be different and whichever team adapts best to that will come out on top. That is something we have to improve."

The 36-year-old found West Indian conditions more to his liking, with a record-equalling 27th five-for for England in the first Test - seeing him match Sir Ian Botham's tally - and 10 wickets in the series, a total only topped by Windies quick Kemar Roach (18) and England team-mate Ali (14).

"I have enjoyed the winter as a whole and for the team to win four out of six Test matches is a pretty good effort but those two defeats in the West Indies shows there is still room for improvement," said Anderson, who has now taken 575 wickets in 148 Tests.

"I did okay [in the Caribbean], especially in the first game, but it was just disappointing we didn't get the results we wanted in the first two games or play as well as a team as we know we can. We clicked in the last game but by then it was too late.

"I felt like I had a bigger influence with the bat in Sri Lanka, hanging around in the second Test match with the guy at the other end (Sam Curran in the first innings and Ben Foakes in the second) and putting on about 100 runs in the game.

"It was a really strange and tricky tour from a bowling point of view - Stuart Broad and I joked that we got one wicket between us in the series, so that was how big an influence we had with the ball!" 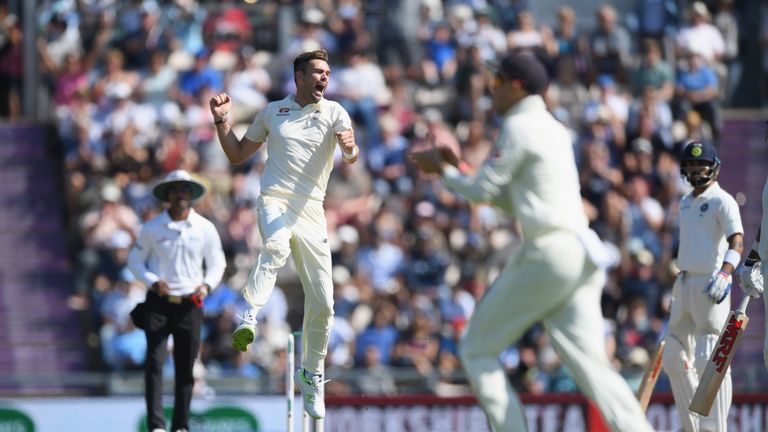 Anderson is urging England to adapt, then, and is not immune to doing the same himself, as evidenced by his longer run-up during the second innings of the third Test in St Lucia.

Having gone wicketless in Windies' first dig, Anderson knocked over three of the hosts' top four in the second - Kraigg Brathwaite for eight and John Campbell and Darren Bravo for ducks - to help England on their way to a consolation 232-run victory.

"I felt like I didn't have enough momentum into the crease so I lengthened my run-up a little bit - I didn't alter the stride pattern, just where I started.

"I did it between innings - the nets were next to our dressing room so I could get in there with the bowling coach, Chris Silverwood, and work on it. It felt really good, if a bit unnatural. It's something I will keep working on."

Anderson, who turns 37 on July 30, two days before the Ashes gets underway at Edgbaston, also insists retirement is not on his mind. "I feel as good as I ever have," said Anderson, the fourth highest Test wicket-taker of all time, behind only spinners Muttiah Muralitharan (800), Shane Warne (708) and Anil Kumble (619).

"With me not playing one-day cricket over the last few years, it gives me that extra time to work on my fitness and stay fresh. I never really look too far ahead but I have no plans to finish up anytime soon.

"I will take it series by series and see what happens."

Anderson played the last of his 194 ODIs against Afghanistan at the 2015 World Cup as England ended a dismal campaign with a hollow victory in Sydney - Eoin Morgan's men's elimination having been confirmed four days earlier in Adelaide with a 15-run defeat to Bangladesh.

The turnaround in England's white-ball fortunes since has been staggering, with Morgan's much-changed side soaring to No 1 in the ODI rankings and marked as favourites for the World Cup on home soil this summer, as well as reaching the World T20 final in India in 2016. 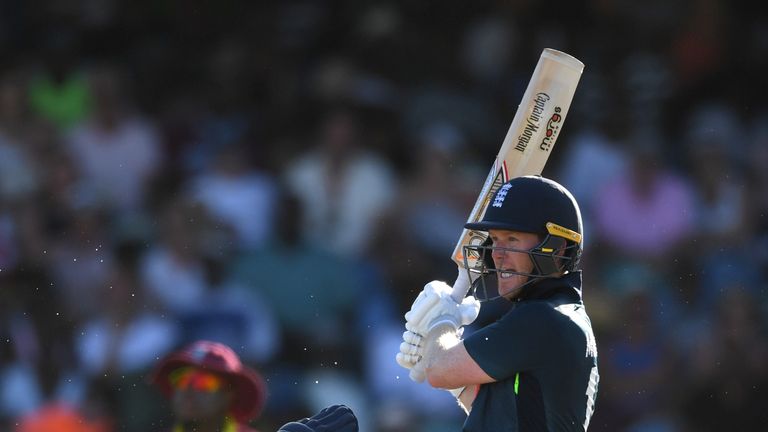 Eoin is a very relaxed influence on the dressing room and I think that shows on and off the field. The guys always go out there with freedom and Eoin is a big part of that.

"It's been amazing. To be performing the way they have been over the last few years is fantastic," Anderson said of England's one-day revolution.

So will World Cup fever be a distraction for England in the lead-up to the tournament?

"Maybe - but for the English players there has been and still is is a lot of cricket before the World Cup," added Anderson.

"They have been in the West Indies, then there is the series against Pakistan, while a few of the players will also be in the IPL. 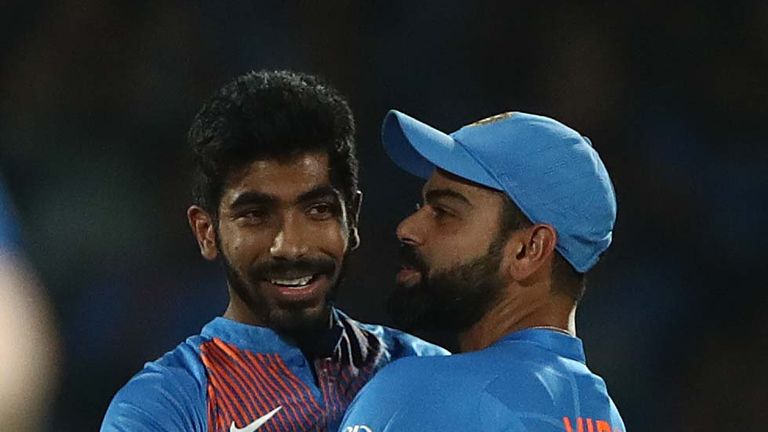 India will be up there and you can’t look past Pakistan and Australia – Australia always seem to bring their A-game to a big tournament and will have a couple of big players back.

James Anderson on the other World Cup contenders

"That will be their focus so they won't really know how big things are until nearer the time. It's good that they will be kept busy because you can find it tough not to get affected by the expectation if you have some time off.

"That said, England are used to pressure, they have been No 1 in the world for some time now and expectation comes with that."

Watch the World Cup, the Ashes and the Women's Ashes live and exclusive on Sky Sports Cricket this summer!