"I have never been the most talented player but I definitely got everything out of my ability."

Alastair Cook has said his decision to retire from international cricket came after seeing signs he was losing his edge as a player.

The 33-year-old is England's all-time leading run scorer in Test cricket and captained the side more times than any other player.

But the opener has managed just one Test half-century this year - scoring 70 against Pakistan at Lord's in June - and averages just 15.57 across the first four matches in the current series against India.

"Over the last six months there have been signs in my mind that this was going to happen," Cook said.

"I told Rooty [captain Joe Root] before the game [at the Ageas Bowl] and told Trevor (Bayliss) during the game.

"I have always been mentally incredibly tough and [have had] an edge to everything I have done. Everything I have found easy before wasn't quite there and to me that was the biggest sign."

Cook also added his lowest moment during his career was over how Kevin Pietersen's exile from the national side was handled in February 2014. 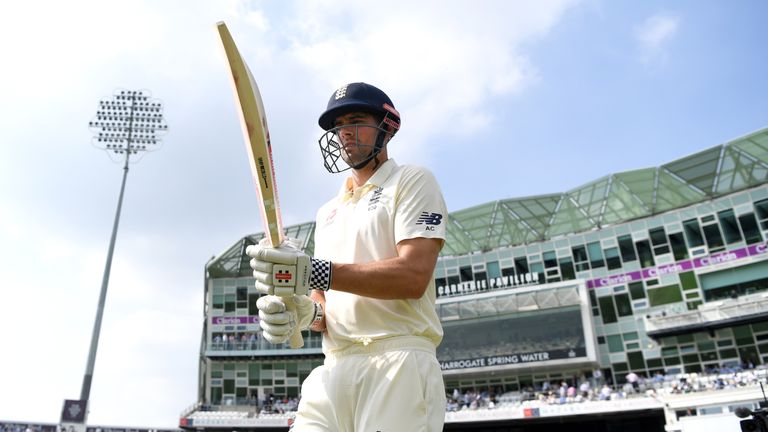 "The KP affair was a tough year, the fallout for that wasn't great for English cricket or for me," he added. "The whole fallout of it, the end of the Sri Lanka series - the Test at Lord's, was the lowest I was."

Following the conclusion of England's victory in the fourth Test against India at the Ageas Bowl, Cook explained he told the rest of the team-mates of his decision to retire.

The Essex batsman also admitted his decision to announce it to the press came because of his discomfort at lying and being fully aware it is hard to keep news secret in the modern age.

Cook, who has had 12 opening partners since Andrew Strauss' retirement in 2012, added he would not have announced his decision until the final Test at The Oval had the series been level at 2-2.

"I was a couple of beers in [after the match] and I need to be otherwise I would have cried more than I did," Cook explained.

"I managed to hold it together, I said it might be good news, sad for some or happy for others but it is time and if picked the next game will be my last.

"There was a bit of silence, Mo (Moeen Ali) said something, everyone laughed and then we had a nice evening."

Named as player of the series in both Australia and India, Cook scored 766 runs in the 3-1 series win over the Baggy Greens - hitting an unbeaten double century in the first Test in Brisbane and 189 in final match at the SCG. 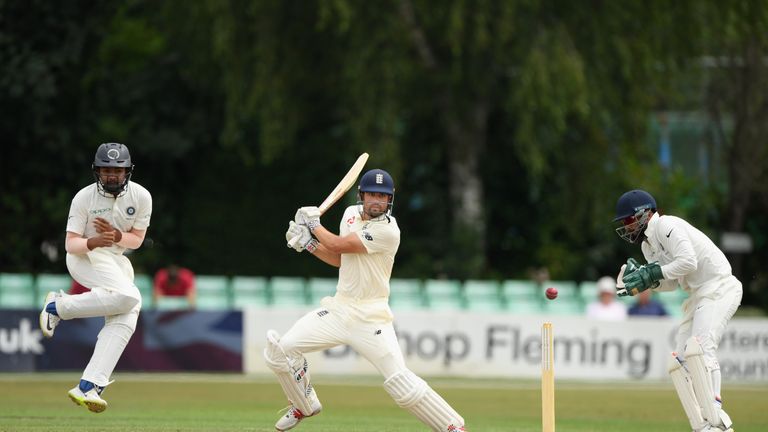 Having taken over the reigns from Strauss in 2012, another impressive showing with the bat saw the Gloucester-born player amass 562 runs as England took the four-Test series 2-1.

Of the many highlights during Cook's career, the left-handed batsman emphasised the Ashes victory in Australia in 2010-11 and the win in India in his first series as captain in 2012 were his finest achievements.

"Australia and India, where I won man of the series, that was the best I could play," he said. "As a career as a whole I can look back and say I did become the best player I could become.

"I have never been the most talented player but I definitely got everything out of my ability."