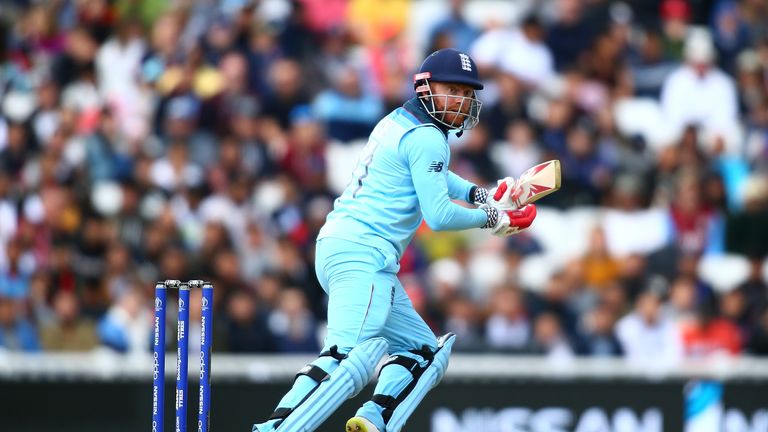 Jonny Bairstow says England's 31-run defeat of India at Edgbaston was "the closest to a complete performance" the hosts have had so far in the World Cup.

The 29-year-old registered his maiden World Cup century, striking 10 fours and six sixes, in his 111 off of 109 balls.

He earned a 160-run partnership with the returning Jason Roy, to help Trevor Bayliss' side set 338 for India to chase.

Bairstow's highest total prior to that in the competition was the 90 runs he accumulated against Afghanistan at Old Trafford, and he continued his form to ensure England defeated India at a World Cup for the first time since 1992.

"It came together today," Bairstow said.

"The closest to a complete performance we have had. To win the toss and bat first it was important to set the platform.

"We were reacting to each ball. Having been in the IPL it has helped me play spin and how to build an innings in all conditions.

"The ball did bits at first, I had some inside edges and you ride your luck when you can."

Back-to-back defeats to Australia and Sri Lanka had left England's semi-final position in jeopardy, and led Bairstow to call out some pundits for "waiting for England to fail" at the World Cup. 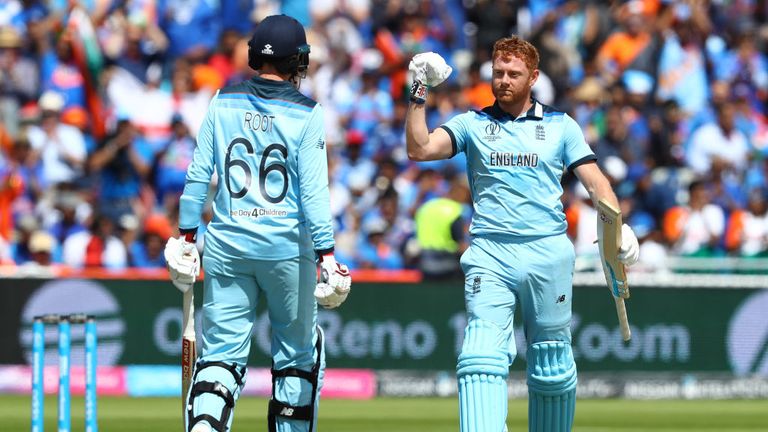 The batsman, who is currently 10th in the tournament's overall run scorers chart, insisted his previous comments had been "misinterpreted".

"Look, I'm not saying I want everyone to come out and abuse me! By no means am I saying that," he said.

"At no point have I said the public is not behind us. The interview had taken place with six, eight, 10 journalists in a very jovial, relaxed manner. To read how it was taken was very disappointing.

"But there's nothing you can change about the past...yesterday's news is today's fish and chip paper, that's the saying isn't it?"