Watch The Summer of Stokes On Demand now! 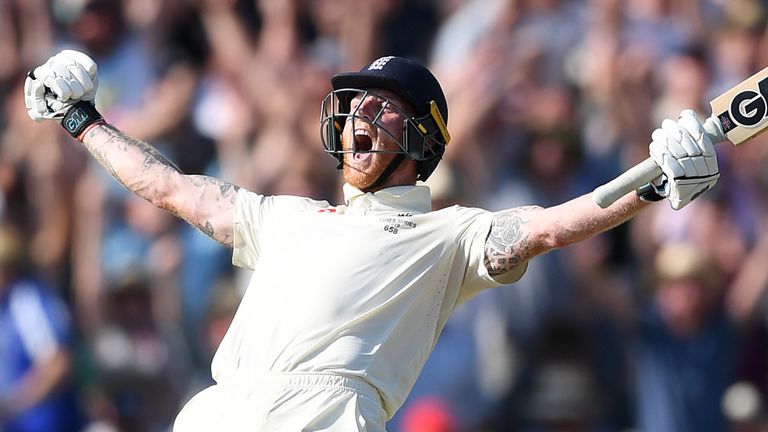 Ben Stokes says the feeling of hitting the winning runs at Headingley was "amazing" - and that his remarkable Ashes innings showed how he has developed as cricketer.

Stokes produced surely the finest Test knock by an Englishman with his unbeaten 135 from 219 deliveries guiding his side to a one-wicket victory over Australia after he scored all but one of the runs in an unbroken partnership of 76 with last man Jack Leach in Leeds.

The all-rounder finally cut Pat Cummins for four to complete a scarcely-believable triumph - just over a month after he had helped England to a thrilling World Cup win over New Zealand at Lord's.

Speaking on our special Christmas show, The Summer of Stokes, which you can watch On Demand now, the 28-year-old discussed striking the decisive boundary and how he plotted his innings.

"Hitting that ball and knowing it was in the gap, four and we'd done it was just [wow]. I can still picture it now," Stokes told Sky Sports' Ian Ward.

"I don't think I showed much emotion through the whole innings but at the end it was everything coming out. I also remember squatting on the floor having taken my helmet off, looking up at Leachy like 'you're my hero!' Walking off that field at the end was something amazing.

"I missed a few of the celebrations with the team and crowd at the World Cup as the media wanted to talk to me, so I didn't want to do that again. I wanted my first moment after that to be with the lads.

"Facing Cummins that whole series was like torment. He was on the money every single ball of every single spell at 90 mph. It was probably the worst ball he bowled all series. [But] Australia were very gracious in defeat. All of them praised me and Leachy and what we managed to do. 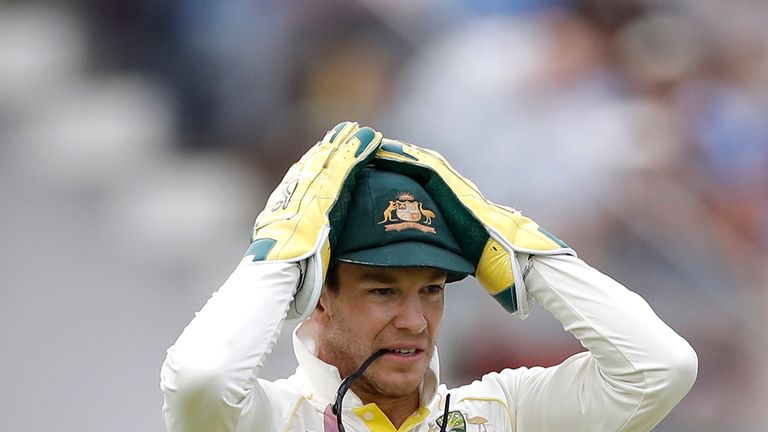 It was blatantly not out but when you get down to such a tight game like that you never know what it’s like to be a captain in that situation in terms of still having a review left and thinking ‘well, I might as well use it, give it a whirl, you never know’. It just proves how vital reviews are and that they are not to be taken lightly.

Stokes on Australia's failed review for Leach out lbw

Stokes had taken 152 balls to reach his half-century but then accelerated with Leach at the crease, including with a stunning reverse-swept six off spinner Nathan Lyon and back-to-back maximums off seamer Josh Hazlewood as England pulled off their highest-ever Test run chase having been shot out for 67 in their first innings at Headingley.

When asked by Wardy how he had completed such an extraordinary achievement, Stokes said: "Being out there in the middle and being able to do something about it is easier than being in the dressing room and I just had a thought process of how I was going to do it.

"Four or five years ago I might have been able to do it but there would have been no thinking to it whatsoever. It would have been 'try to hit every ball for four or six and if it comes off great and if it doesn't then we shouldn't have done it anyway'. Now I have a process with everything I try to do at the crease and a better understanding of what to do. 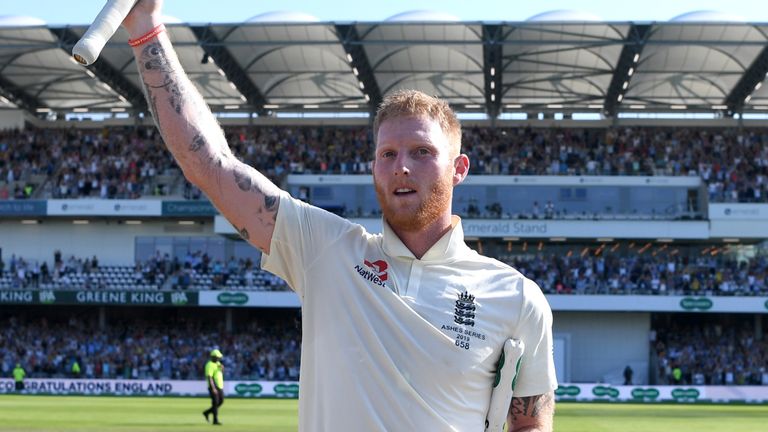 "I always felt Lyon was the main threat in terms of getting me out conventionally because of how accurately he bowled through the whole innings and with it spinning away from me, so I was happy to take what I could off him and keep out all his good balls - and he bowled a lot of them!

"It wasn't until Leachy came out where it was like 'right, I'm going to have to literally go from plan A to plan Z in the click of a finger'. It wasn't all about trying to hit every ball for four or six as every person was back on the boundary and it took me a while to change gears.

"I had played in a certain way for such a long period that I didn't feel I could go straight into hitting mode. I was getting my timing right, switching between the ways of playing. When I thought I was seeing it a bit easier that's when I started playing a few bigger shots."

On the reverse-swept six, Stokes added: "People have said that one-day cricket and T20 cricket has ruined Test cricket but I wouldn't have been able to play that innings if I hadn't have played T20 cricket or one-day cricket. I practise the shot a lot and had confidence in executing it."

Stokes found a fine ally in Leach after England, chasing 359 to win, had tumbled from 245-4 to 286-9, though there was a frantic moment with two to win when the tailender should have been run out - only for Lyon to somehow drop the chance at the non-striker's end. I thought we can’t lose, we are still in this Ashes series even if I get out but I still had to try and get another run and win the game. I remember the crowd were ballistic. We were both still focussed on the situation and didn’t let it get to us emotionally until we hit the winning runs.

Stokes on when the scores had been tied by Leach's single

Australia also shredded their review looking for Leach lbw, a decision that would prove costly with Lyon later pinning Stokes on the leg with a ball that was poised to hit the stumps before umpire Joel Wilson turned down the appeal.

"When Lyon fumbled the ball I gave Leachy the dirtiest look thinking 'what on earth are you doing down this side of the wicket?' Leachy doesn't like talking about it - he hates the memory, I think!

"With the pressure on, Lyon, who is a very good fielder, turned a simple bit of fielding into a hard bit of fielding. I remember seeing the ball drop and thinking 'I cannot believe that has just happened'.

"Leachy was great. Even though he is a No 11 he works on his batting so much and is in the nets a lot, not just getting throwdowns and hitting cover drives. He's going to have a defence, a clip off his legs - he tries to bat like Tres [Marcus Trescothick]."

There was no pressure on us to knock it off in a certain amount of time – if we had to take it into day five we were more than prepared to do that. I thought we were favourites to chase it down as it wasn’t a huge amount of runs for the wickets we had left, it was just the pressure of batting last in a Test match is a lot harder than the first, second or third innings.

Stokes on his feelings ahead of day four

Stokes struggled to watch while Leach was on strike but says that was only because he felt helpless and not due to a lack of faith in his partner.

"It wasn't out of a feeling of 'Leachy can't do it'. It was just that at the non-striker's end I could do nothing. I could say all I wanted but literally couldn't do it. That was why I was like that.

"I remember thinking 'if someone is going to get out I hope it's me' because Leachy would feel like he was the one who had let the team down in that situation. Obviously it wouldn't be that because it's not his job to do but he would have been devastated."

Watch The Summer of Stokes On Demand now.