England have named an unchanged XI for the second Test against New Zealand at Trent Bridge, with Jack Leach passed fit after concussion and Ben Stokes declaring he's "fine" to bowl.

Left-arm spinner Leach was withdrawn six overs into last week's first Test at Lord's - which the hosts went on to win by five wickets early on day four - after taking a heavy fall on the boundary.

Leach's mandatory seven-day rest period ended on Thursday and he took a full part in England's training session, with the Somerset man now cleared to play in the second Test, which you can watch live on Sky Sports Cricket and Sky Sports Main Event from 10am on Friday.

England captain Stokes, who appeared to tweak his side while bowling in practice on Wednesday, has also guaranteed his fitness for the Trent Bridge Test, confirming he will play a role with both bat and ball.

"All good this morning," Stokes said when asked about his fitness on Thursday. "Just a bit stiff."

He added it was more a precautionary measure than anything, telling Sky Sports: "It's probably just being more sensible around training and stuff like that.

"Because, obviously, once you get out there and cross that line, you want to do everything you can to help win a game for England."

As for Leach, Stokes described his recall to the XI as a "straightforward" decision, once he had proven his fitness.

"It was pretty unfortunate what happened to Leachy last week at Lord's, but he has pulled up well this week and it was pretty straightforward once we got the good news he was fit to play," he said. 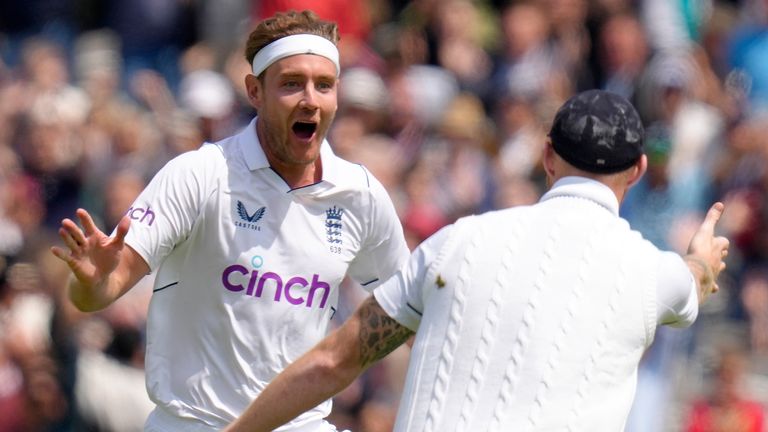 He loves playing at Trent Bridge, he has some great memories here – probably the best that 8-15 against Australia. I don’t think he needs much inspiration. Every time he wears the three lions, he goes out there and tries to give it his all.

Somerset paceman Craig Overton and uncapped Yorkshire batter Harry Brook are left out once again from England's 14-man squad, with Parkinson, too, back on the sidelines.

Williamson to take 'positives' from Lord's; Nicholls could return for NZ

New Zealand will be forced into at least one change with seam-bowling all-rounder Colin de Grandhomme ruled out of the rest of the series with a heel injury he sustained on the third day at Lord's.

Middle-order batter Henry Nicholls could return for the Black Caps, though, after missing the first Test due to Covid-19. 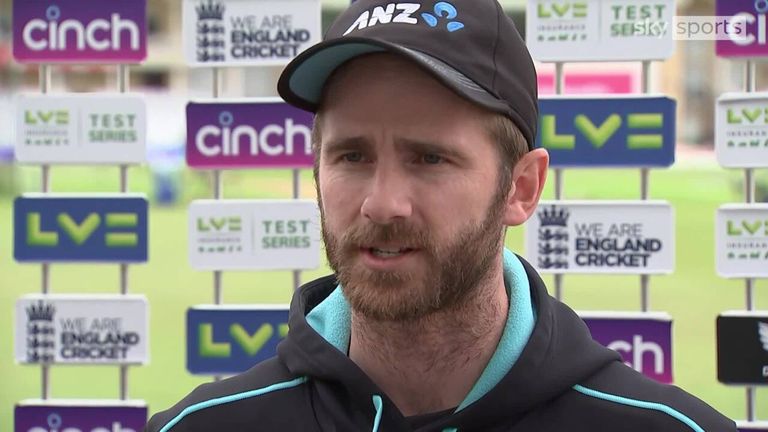 New Zealand's top four - Will Young, Tom Latham, captain Kane Williamson and Devon Conway - each failed to pass 15 in either innings at Lord's, with Williamson saying: "As a side and as individuals, we need to commit to our jobs as best we can and make as big a contribution as we can.

On the Test as a whole, Williamson added: "It was a really good game of cricket that could have gone either way so for us it's about reflecting on those positives.

"We know we are up against a strong England side who have a well-balanced squad. We want to improve on our performance. You want to win every game you play but ultimately it is about improving as a side."

Stokes: McCullum has given everyone a lift

Having got off to a winning start as full-time captain, Stokes was keen to emphasise the feel-good factor that has returned to the England camp, praising the "energy" that new head coach Brendon McCullum has brought.

"It was fantastic," Stokes said of the win at Lord's. "Obviously coming into the second game with a win under our belts straight away, with me captain and Brendon as coach, it's better than losing.

"One of the great things I've found about the last couple of weeks is genuinely just how much fun it has been.

"Sometimes the pressures of being an international cricketer, of delivering performances on a weekly basis, can get challenging.

"But we're playing for England and, when you play for your country, first and foremost the thing is to make sure you have as much fun as you can.

"The energy that Baz has brought, it has almost been a lift for everyone. It has been great having his enthusiasm and energy around the group."

Watch the second Test between England and New Zealand, at Trent Bridge, live on Sky Sports Cricket from 10am on Friday.