Will Jacks claimed three wickets on day three of the first Test between England and Pakistan; Sky Sports pundit Mark Butcher believes Jacks showed his potential with the ball;watch day four from Rawalpindi live on Sky Sports Cricket from 4.30am on Sunday (first ball 5am)

Will Jacks did not expect to be playing for England in the first Test against Pakistan until Ben Foakes was ruled out due to illness. He perhaps expected even less to be one of their front-line bowlers during the match as well.

Not only that, but it was the 24-year-old who broke the opening stand of 225 from the hosts as they replied to England mammoth first innings of 657 all out. Having accounted for Abdullah Shafique (114) on the morning of day three, he then got skipper Babar Azam out for 136 after tea and claimed the scalp of Naseem Shah before the close too.

Although his off-break bowling has seen him take 21 wickets in first-class cricket, his stints with the ball for Surrey have been on more of a part-time basis, coming at an average of 53.28, rather than the 33 overs he has got through so far during Pakistan's innings. 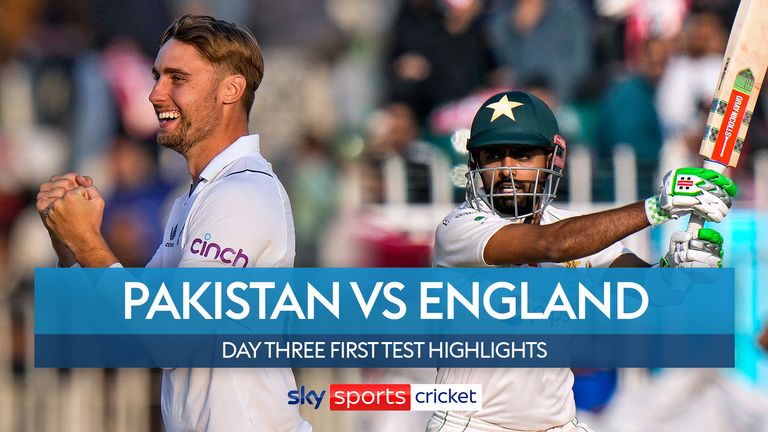 Yet former England batter Mark Butcher - a useful part-time seam bowler in his day with 15 wickets at a shade over 36 apiece in Tests - has seen enough in Rawalpindi to suggest Jacks could play a more prominent role with the ball in the future along with his attacking approach with the bat, which saw him make a brisk 30 from 29 balls earlier in the game.

"One thing Will Jacks seems to be able to do is get over the ball quite quickly and get lots and lots of energy on it," Butcher told Sky Sports. "The ball drops out of the sky, you can maintain that line wide of the off stump, and then there is energy on it when the ball bounces and kicks.

"He manages to get bounce where the likes of Leach and Joe Root would not, so there is masses to work with there and I think he was quite smart.

"Whether that's because he's a slightly part-time bowler at this stage in his career - but you know how generally speaking most guys would have seen that pitch and gone 'I'm going to try to fire it in at middle stump, I'm going to try to go a two runs an over', he hasn't got those scars on him at the moment.

Will Jacks bowling vs Pakistan

3-132: Jacks' bowling figures so far in the first innings.

33: The number of overs bowled - the second-highest of any England bowler.

4.00: Jacks' economy rate so far in the first innings.

5: The number of maidens bowled by Jacks.

"So, he was quite happy to go up and bowl the ball wide, invite the drive and the cut shot, and invite batters to try to hit him square of the wicket. In doing so, he picked up a couple of wickets doing that. I think he's got a really good future as an off-spin bowler."

Only left-armer Leach has bowled more overs than Jacks so far in this innings with 42, with Joe Root - 57 victims in Tests to his name with his right-arm spin - also forming part of the spin triumvirate.

It is likely to assume Liam Livingstone would have bowled too with his leg-breaks had he not suffered a knee injury on day two. Even so, Ben Stokes has been able to keep his bowling attack fresh by rotating between seam and spin when needed in extremely batting-friendly conditions which have made both teams toil in the field.

For his part, Jacks praised skipper Stokes for showing faith in him to bowl with freedom and not be too worried about conceding runs given the huge advantage the tourists had built up from their first innings and it is a process which has yielded rewards.

"Going stump to stump, there wasn't a lot there, so it's just trying to be open to ideas," Jacks said at the close of play on day two.

"Stokesy is very creative, and we were just trying to think I might leak a few boundaries through the covers, but it's worth going for 20 or 30 runs to get a wicket on a pitch like that."

Jacks getting Naseem out for 15 late on day three left Pakistan seven down and still 158 runs behind England, meaning a result may still be possible.

Former skipper Root signalled England's intent to press on for victory after the close of play, and another ex-captain in Nasser Hussain was impressed with how Stokes marshalled Jacks on a day where not everything went the visitors' way. 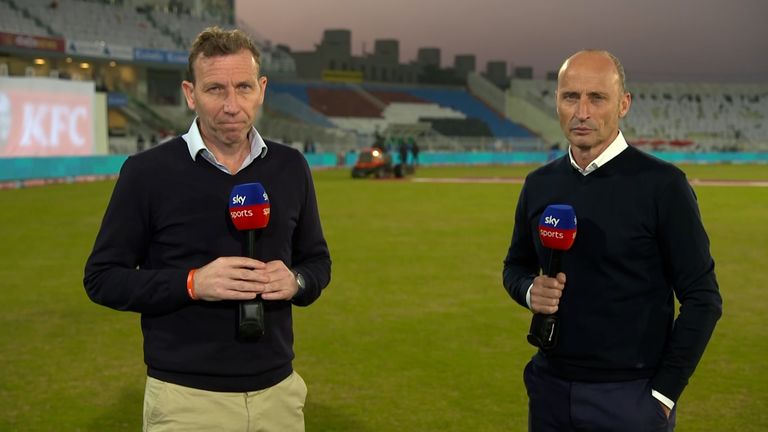 "It was the little things," Hussain told Sky Sports. "Even after all that toil, Stokes said 'No, I'm going to bowl my spinner, Will Jacks' and that led to another wicket in the final session."

"I thought Stokes used his field positions pretty well, he used Will Jacks pretty well...he rotated his bowlers, and I thought they enjoy themselves and bowled with a smile on their face.

"They almost laughed at the situation they were in - that's all they could do. It's a very, very docile flat pitch, and that's the challenge of Test-match cricket."