Prithvi Shaw smashes 82 from 41 balls, including six fours in an over, as Delhi thrash Kolkata in IPL 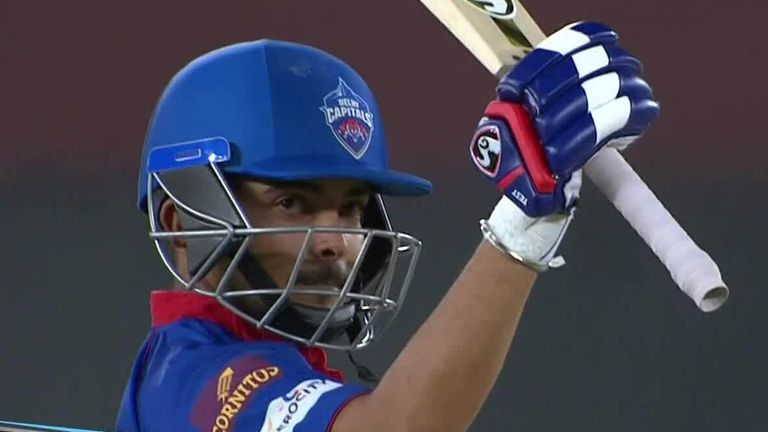 Prithvi Shaw hammered 82 from 41 balls, including six fours in a row off Shivam Mavi, as Delhi Capitals beat Kolkata Knight Riders by seven wickets in the IPL

Prithvi Shaw struck six fours in an over en route to 82 from just 41 balls as Delhi Capitals trounced Eoin Morgan's struggling Kolkata Knight Riders by seven wickets in the IPL.

The 21-year-old found the boundary six times in a row off Shivam Mavi in the opening over of Delhi's successful chase of 155, a target the 2020 finalists reached with 21 balls to spare in Ahmedabad.

Shaw took just 18 deliveries to notch his ninth IPL fifty and third of the season, hit 11 fours and three sixes in total, and dominated an opening stand of 132 with Orange Cap holder Shikhar Dhawan (46 off 47).

Shaw is now third on the run-scoring charts, behind only Dhawan and Chennai Super Kings' Faf du Plessis, and at one stage looked set to become the third man this term, after Rajasthan Royals skipper Sanju Samson and Royal Challengers Bangalore's Devdutt Padikkal to score a century. 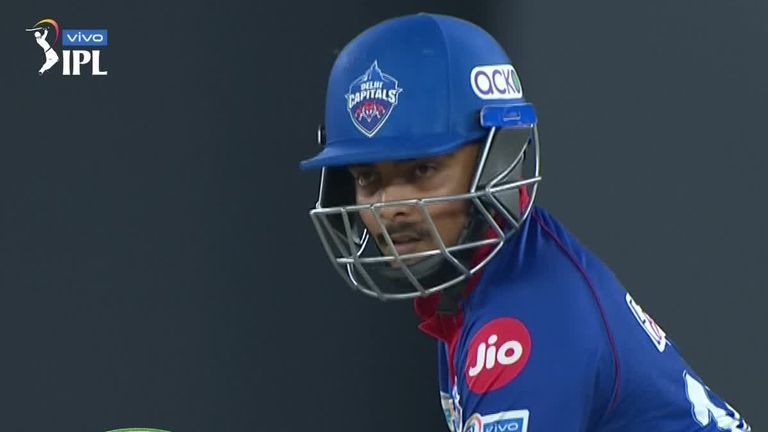 However, Delhi skipper Rishabh Pant's quick-fire 16 from eight balls after Dhawan was dismissed in the 14th over ended Shaw's hopes of three figures and he eventually perished late on to Pat Cummins (3-24).

Marcus Stoinis (6no) clipped away the winning four as Delhi made it five wins out of seven and moved up to second in the table, behind Chennai only on net run-rate, with RCB, the third side on 10 points, pushed to third.

Kolkata, however, have now lost five of their seven matches with this latest defeat sullying Andre Russell's 33rd birthday as his 47 not out from 27 deliveries came in vain at Narendra Modi Stadium.

The Jamaican's four sixes and two fours helped Knight Riders, who had tumbled from 69-1 to 82-5 and then been 112-6 after 17 overs, plunder 42 runs from their final three overs and bump their score up to 154-6 - but Shaw's fireworks meant that total was way short.

The Delhi opener's rapid-fire start immediately put Morgan's men on the back foot in the chase as he deposited Mavi over his head, through midwicket, twice through the covers and then behind point before completing six fours in a row with a stroke over extra-cover.

Morgan surprisingly held back Australian seamer Cummins until the sixth over of the innings by which time Delhi had raced to 66-0 with Shaw having nailed 48 of those runs from just 15 deliveries.

Cummins went on make three breakthroughs, trapping Dhawan lbw in the 14th over and having Pant and Shaw caught by Mavi and Nitish Rana respectively in the 16th, but those wickets came too late for Kolkata.

Knight Riders had also struggled in the main with the bat as Delhi kept the run rate in check early on before taking four wickets for 13 runs.

Capitals off-spinner Lalit Yadav (2-13) dismissed Morgan and Sunil Narine for ducks in the 11th over - Morgan caught second ball at long-off by Steve Smith - while Kolkata opener Shubman Gill (43) missed out on a first fifty of the season when he skewed Avesh Khan to Smith at long-on.

MORGAN OUT FOR 0️⃣

Dinesh Karthik (14 off 10) then nailed a six and four before he was sixth man out with the score on 109 - Karthik falling lbw to left-arm spinner Axar Patel, who snared 2-32 in the 100th IPL appearance of his career having earlier had Rana stumped superbly by Pant for 15.

Russell's late-innings boundaries, plus Cummins chipping in with 11, gave Kolkata a working total to defend but Delhi coasted past it, with Shaw to the fore as he matched Ajinkaya Rahane's feat for Rajasthan against RCB in 2012 with six boundaries in a solitary IPL over.

Shaw did offer one chance during his thrilling knock, when he was on 55, but Gill failed to cling on to the ball at long-off and instead parried it over the ropes for six.