"If you change that leadership, change the style or the messaging, or the type of players you are looking to pick then maybe you might start getting different results"; Mark Butcher says batting collapses have been the 'thread that runs through Joe Root's tenure' and change is needed

Batting collapses have been the "thread that runs through Joe Root's tenure" as England captain, according to Mark Butcher.

The top-order crumbled twice more during the 10-wicket defeat to West Indies in the third Test that saw England lose the series and finish their Test winter without a win.

A 4-0 thrashing in the Ashes led to the departures of managing director Ashley Giles and head coach Chris Silverwood but Root was kept on as skipper.

The Yorkshireman reaffirmed his desire to continue leading the team after the loss in Grenada, but defeat in the Caribbean has further increased the pressure on him after a run of one win in 17 Test matches since beating India in Chennai last February. 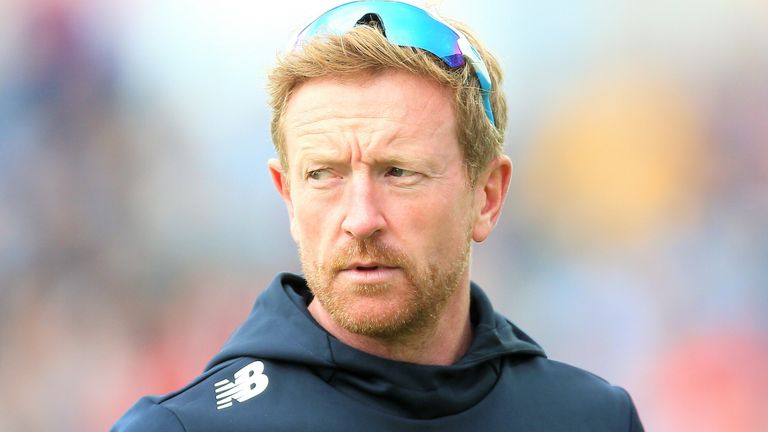 "Joe Root wants to continue and the only way that that is going to change is if whoever takes over the job as director of cricket decides that that is no longer required," Butcher told BT Sport.

"The one thread that runs through Joe Root's tenure in charge is the batting collapses. You can talk about bowling personnel, the people who are missing, do we have enough pace? Are we using the right ball in county cricket? I would suggest we are, but the pitches are terrible - that's another story.

"The fact of the matter is we've had massive collapses in this series, we were five down for 50-odd in Antigua - they don't even register on the charts for batting collapses with Joe Root as captain. There are four where England have been bowled in a session which knock all of these into a cocked hat so that is a major issue.

"You could say, 'well you can change the leader, but the personnel are going to stay the same so is that going to change anything?' I think that is a bit of a cop out.

"If under your leadership, the same thing keeps happening over and over and over again, then perhaps if you change that leadership, change the style or the messaging, or the type of players you are looking to pick then maybe you might start getting different results.

"But one thing we do know, as old Albert Einstein might have said, if you keep doing the same things, you'll get the same result."

However, if the decision is made to replace Root, another former England batter, Jonathan Trott, thinks viable alternatives are few and far between if Ben Stokes cannot be persuaded to take over.

"When selecting a captain, you're looking at continuity with regards to who is guaranteed a place," he said, speaking on BT Sport.

"At the moment, it's Stokes and Root who are guaranteed sure names. I don't know whether Ben would want to do it. We've seen a lot of times, all-rounders around the world, not just with England, be given the captaincy, and it is a lot to take on.

"I've said it before: if it was effecting Joe's performance then it's up for discussion. But the fact that there is no one else really - even in the bowling, there is no continuity, no one is assured, no wicketkeeper like a Jos Buttler at the top of his game with a good cricket brain.

"It is really tricky. Who do you go for? That's the conundrum that England cricket finds themselves in. There's no one really coming forward.

"There's always been a procession, someone who would come into the side, and you'd go, 'next England captain' and then somebody after him would come in. It's a tricky place to be."