"Coaches can lose, coaches can do all kinds of things but if you lose the dressing room then it becomes really tough"; Rob Key believes Australia's T20 World Cup triumph was "massive" for Justin Langer in a year in which his coaching style has reportedly been criticised by his players

Australia's victory in the T20 World Cup was "massive" for head coach Justin Langer after a difficult year, according to Sky Sports Cricket pundit Rob Key.

Reports from Australia earlier in 2021 suggested that players were unhappy with the former Test opener's intense coaching style.

However, Key says an eight-wicket triumph over New Zealand to secure Australia's maiden men's T20 crown is the ideal response to Langer's critics ahead of the start of the Ashes in December.

"I think that is massive," the former England batter said. "A lot has been said on commentary about a coach under pressure.

"These things have all come from inside the dressing room or players who have played in that team or in the Test team. They have been critical at times and that is where the question marks have come.

"Really and truly, I think that is the biggest killer for a coach. Coaches can lose, coaches can do all kinds of things but if you lose the dressing room then it becomes really tough.

"This is a big one here because he's shown they can perform, they can win, they've done that. It's going to be interesting to see because we've got the Ashes coming up and really the players will decide, a lot of the time, whether Langer is the right man." 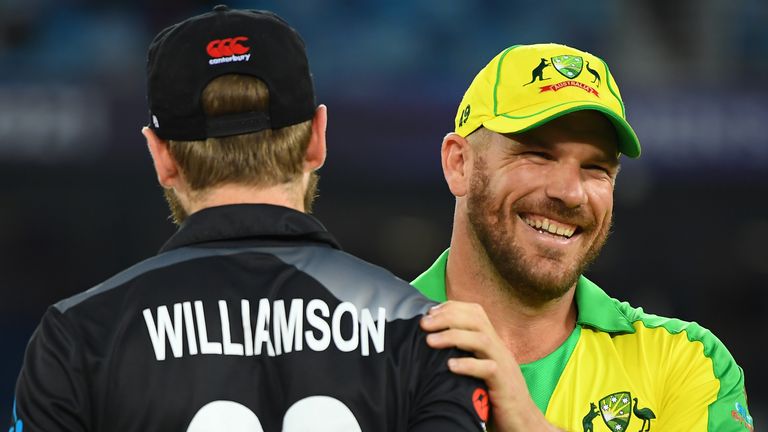 The importance of the toss was up for discussion again with Australia making it 10 wins out of 10 for teams batting second at Dubai during the tournament but Key feels New Zealand could have done more in their innings to try and negate their Trans-Tasman rivals' advantage.

"You felt that the toss was bigger for New Zealand than it was for Australia," he added. "When you spoke to people who have played against both teams, they fancied Australia and felt they had too much firepower with bat and ball.

"So, you really felt that New Zealand had to win the toss. The only thing, and it all comes back to this dew and whether [the ball] skids on [more in the second innings], New Zealand still could have been more adventurous in that first innings, no question."

Meanwhile, Ashes preparations are already under way for the red-ball specialists on both sides with the England Test players who were also involved at the T20 World Cup flying to Australia on Monday and given who they will be travelling with, they are unlikely to be looking forward to the journey.

"There is one bunch of cricketers who won't be enjoying this watching on and that's England's Ashes players," Mike Atherton told Sky Sports.

"They have had to wait until Australia have completed their tournament and they've got to take a charter flight with the Aussies on Monday Down Under, that could be an interesting plane journey."