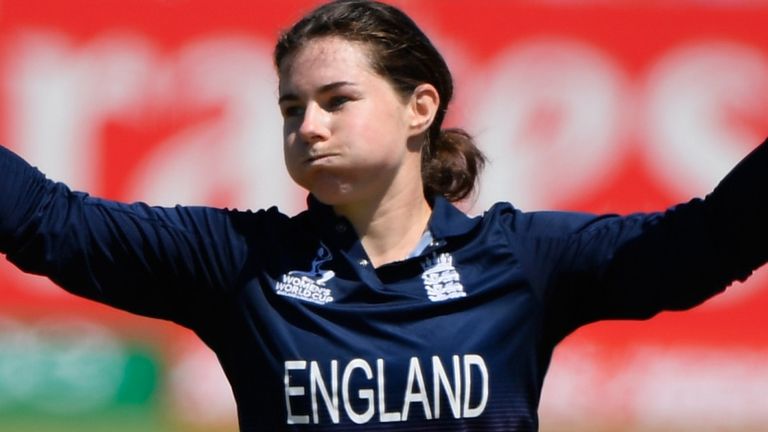 After hitting 410 runs to be named Player of the Tournament as England won the Women’s World Cup, Tammy Beaumont returned to her home ground of Canterbury to provide a batting demo.

The England opener was joined in the middle by Rob Key as she talked through her early struggles at international level and how being given a secure position at the top of the order has enabled her to flourish over the past 18 months.

Beaumont then explained the three different methods she uses when advancing down the pitch to the seamers before providing a further example of exactly how it is done by thumping a huge straight six into the stands.

Having proven her big-hitting capabilities, Beaumont was then able to show off a few of her flicks and tricks as she provided some hints and tips for playing the ramp and reverse-ramp shots.

Despite admitting that she tended not to practise the shots too much, Beaumont made an exception and got a fair few to the fence!

Click play on the video above to watch World Cup winner Tammy Beaumont's batting masterclass - and then catch her in action on Sunday as Surrey Stars begin their Kia Super League campaign against Yorkshire Diamonds (6.30pm, Sky Sports Cricket)