Humphries enjoys 16-10 victory over tournament favourite and will play Aspinall in the semi-finals; Watch the Grand Slam of Darts semi-finals from 1pm, Sunday on Sky Sports Arena ahead of the final from 7pm 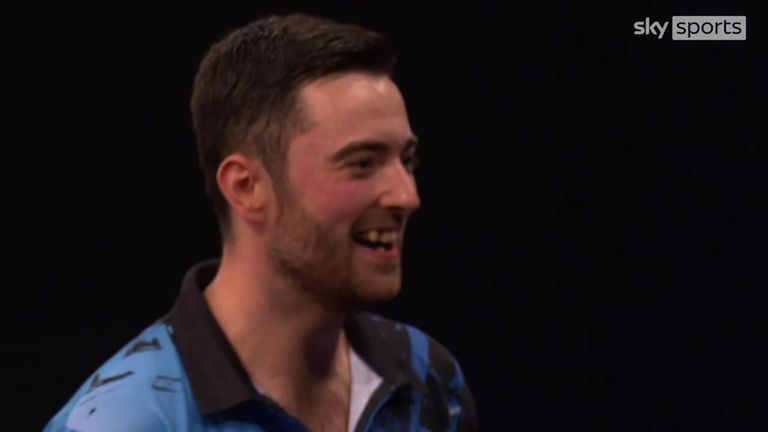 Michael van Gerwen was dumped out of the Grand Slam of Darts as Luke Humphries produced a stunning upset in Wolverhampton on Saturday evening.

The Dutchman was a hot favourite to reach the last four, but Humphries produced three spectacular ton-plus finishes and led from the third leg onwards in a 16-10 win, which will surely rank as the biggest of his career so far.

He will now play Nathan Aspinall in Sunday lunchtime's semi-final after he beat Alan Soutar 16-12 in the first quarter-final of the evening.

The winner of that match will play either Raymond van Barneveld or Michael Smith in the final on Sunday night, while Van Gerwen will return to the Netherlands to intensify his preparations for December's World Darts Championship.

Sixth seed Humphries missed 11 doubles in the opening three legs of the match, but still managed to break his opponent in the third leg and never fell behind again.

Spectacular 140 and 167 bull-finishes in legs eight and nine saw him move into a 6-3 lead and a 132 checkout in the 17th leg delivered another break which tempered a temporary Van Gerwen fightback. 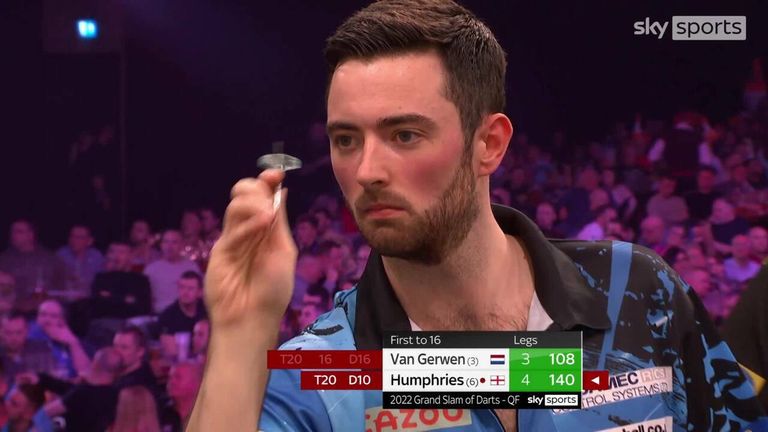 Humphries won each of the first four sessions 3-2 to establish a 12-8 overall lead and although Van Gerwen won the first leg of the final session, his opponent reeled off three straight legs to move to the brink of victory.

Van Gerwen showed a glimpse of his class in the 25th leg with a 104 finish, but it was only delaying the inevitable as Humphries pinned tops in the next leg to confirm a famous victory. 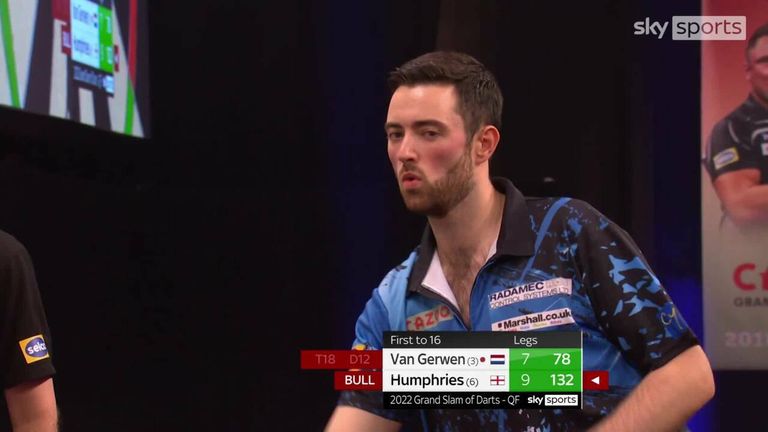 Humphries' win came despite the fact his finishing was far from clinical - he missed 32 doubles in the match - but Van Gerwen missed 24 himself and was second best throughout.

"Everyone discounted me before I even played tonight," Humphries told Sky Sports.

"But I just proved again I can beat the top players. I can beat Michael. He missed a lot of doubles, let's not get it wrong, but I was there to pounce and take the chances when I needed to.

"I've got good memories of playing Michael. I've beaten him in some good games when I've played well. If you haven't got that belief you can beat him, when you walk up there you've probably lost already. 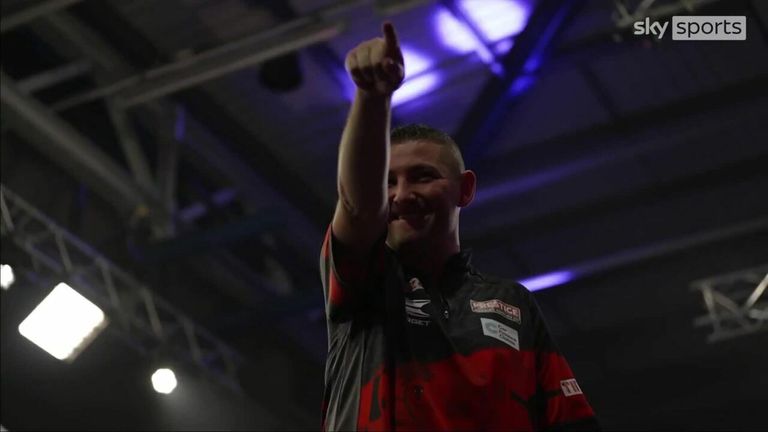 'Awful' Aspinall too good for Soutar

Earlier in the evening, Aspinall beat qualifier Soutar 16-12 to book his place in Sunday's semi-final and move into the top 10 in the world rankings.

The Englishman averaged 95, but his clinical 46 per cent checkout ratio proved crucial as his opponent - a part-time player who will be back at his fire station on Monday morning - missed 30 darts at a double. 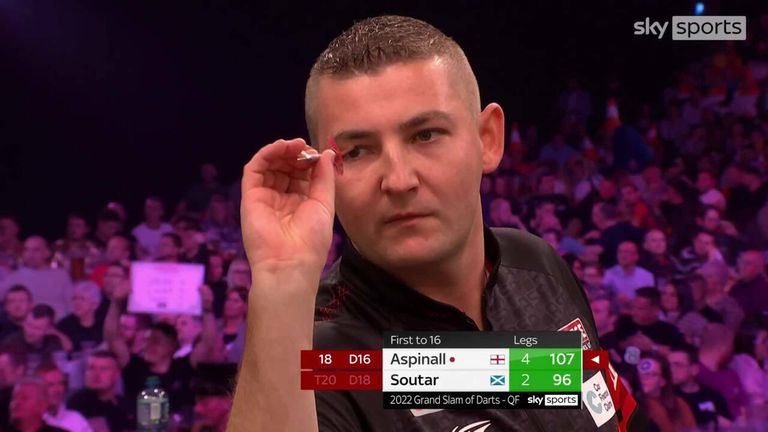 Soutar stubbornly forced his way back into the contest, battling back from 7-4 down to level at 7-7, but a huge 142 from Aspinall to break throw in the 16th leg proved pivotal. 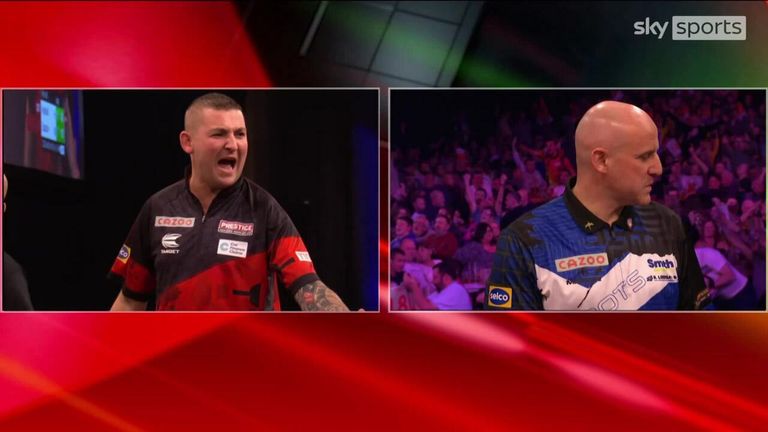 Aspinall established a five-leg lead when Soutar somehow missed four darts at a double in both the 17th and 19th legs and he scraped home, despite what he described as an "awful" second half of the match.

"The last 10 legs of that match were really poor and I've got to sort that out because I ain't winning nothing playing like that," he told Sky Sports. 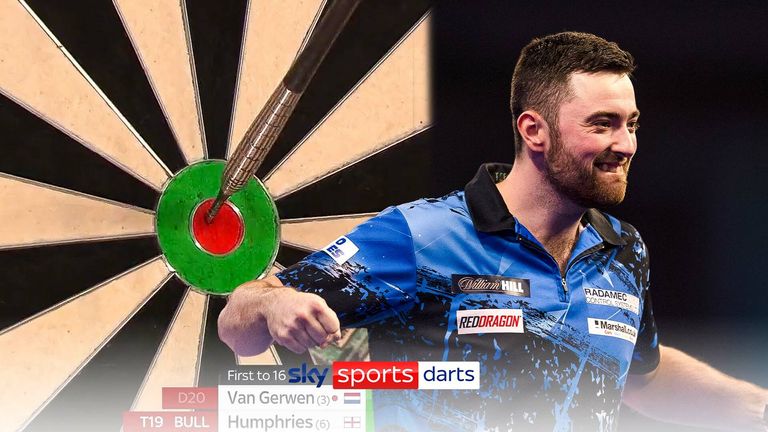 "But it's another semi-final, so I've got to take the positives and I'm very happy to get through.

"I was playing really well there in the first 15 legs and then I played awful, but I got the win.

"Tomorrow, I've got a good feeling. Kirsty, my partner, and I have been talking recently and we don't think a big one's too far away."

Watch the Grand Slam of Darts semi-finals from 1pm, Sunday on Sky Sports Arena ahead of the final from 7pm - and don't forget the World Championship is also coming to Sky Sports from December 15 until January 3.