Iceman wins title after a third comeback victory of the knockout stages, but is booed as he lifts trophy 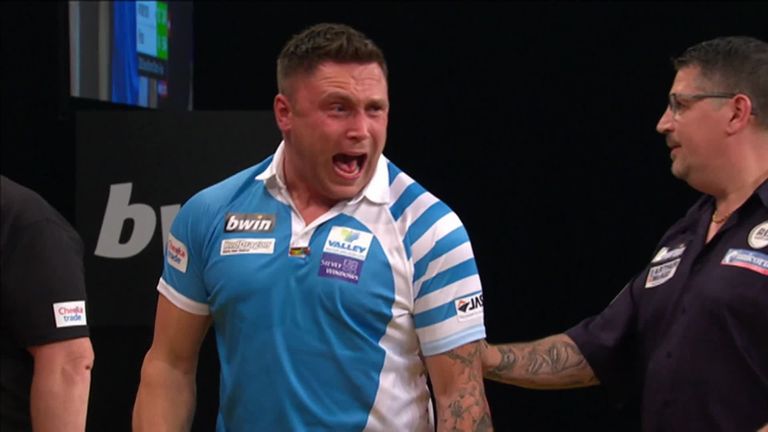 Gerwyn Price stunned Gary Anderson to claim his first major televised title with a 16-13 victory over the Scot during an ill-tempered final at the Grand Slam of Darts.

The Iceman, a rugby player until just a few years ago, produced some of the best darts of his career to battle back from 7-4 and 12-9 down, reeling off eight of the last 10 legs to become a major PDC winner for the first time and become the first Welshman to win a PDC major title.

However, amid astonishing scenes in Wolverhampton, the Iceman lifted the trophy with boos ringing around the arena following a series of incidents during the contest which saw Anderson increasingly riled by his opponent's antics.

Price had been booed to the stage and continued to play up to his role as pantomime villain throughout, roaring his trademark celebrations while Anderson continued to voice his displeasure. 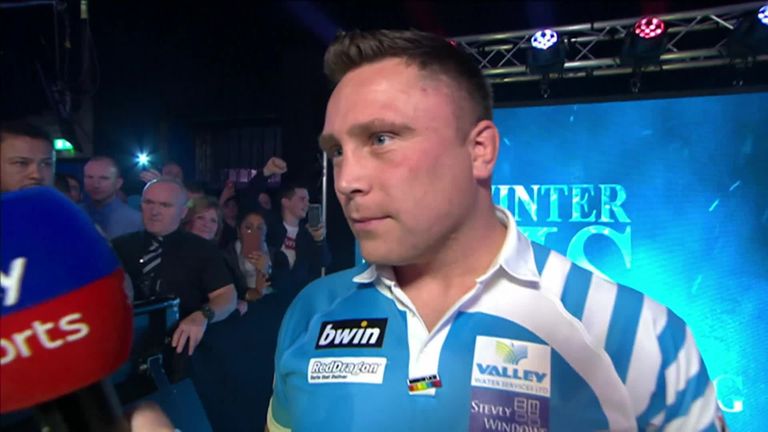 Things came to a head in the 15th leg when Anderson confronted Price, and in the latter stages as Price was powering down the stretch the pair came head to head.

Price pinned double six to move clear and thrust himself towards Anderson who was approaching the oche and the Scot nudged his opponent out of his way. The Welshman refused to bow down and took out the next leg to seal the win and lift the Eric Bristow Trophy with a display of bravado that would have left the Crafty Cockney enthralled. 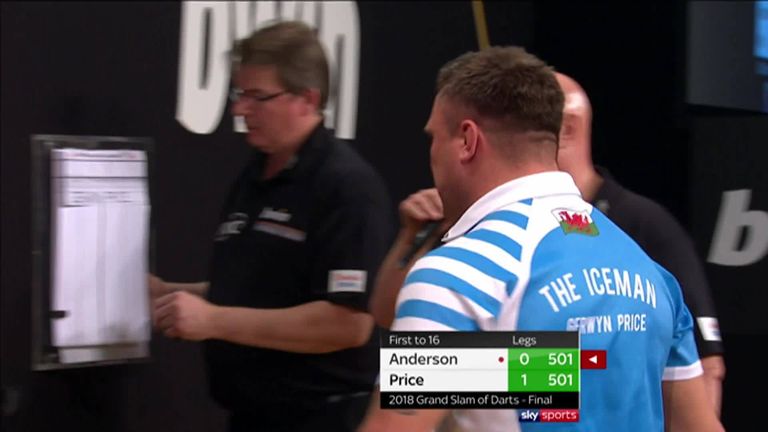 Anderson entered the final as the only man without a defeat to his name and having ended Michael van Gerwen's three-year reign as Grand Slam champion, while Price had battled back from 10-5 down to beat Mensur Suljovic in Sunday afternoon's semi-finals.

The snarling machismo of Iceman was evident from the outset, taking out 120 to hold throw in the opening leg and celebrating with a trademark roar.

Anderson was the first man to strike a blow, an outrageous pair of double tops giving him a break of throw in the fifth leg and a 3-2 lead at the interval. 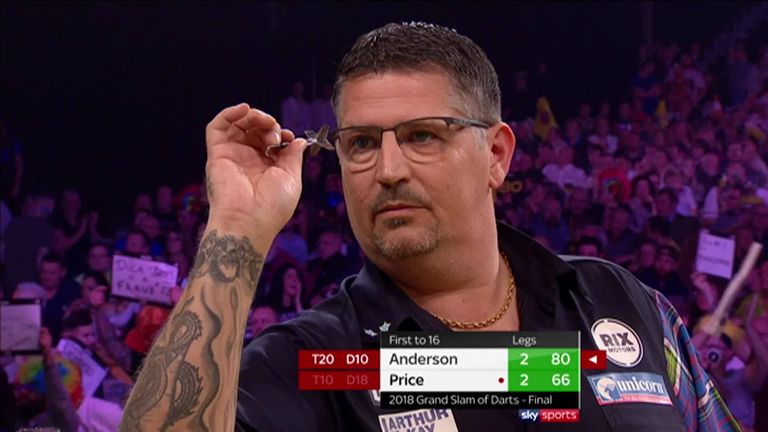 Price, whose only other major final was last year's UK Open, took out a majestic 137 combination to halt the Scot's three-leg streak and maintained a perfect record on the doubles to close within one, but Anderson's finishing was just as impressive mopping up for a 6-4 lead.

The pair returned from the interval to trade breaks, the Welshman making inroads on the Anderson throw for the first time thanks to double 12, and he made it back-to-back legs for the first time by pinning tops before finding the same double to level the contest.

The pair headed off the stage with Anderson muttering his displeasure but he returned with renewed focus, a tidy 72 finish via the bullseye put him back in front and double 12 gave him a two-leg lead once again.

An inspired Anderson then found his first maximum of the contest and followed it with a brilliant 144 to move three legs clear, before Price stopped the rot to stay in touching distance. 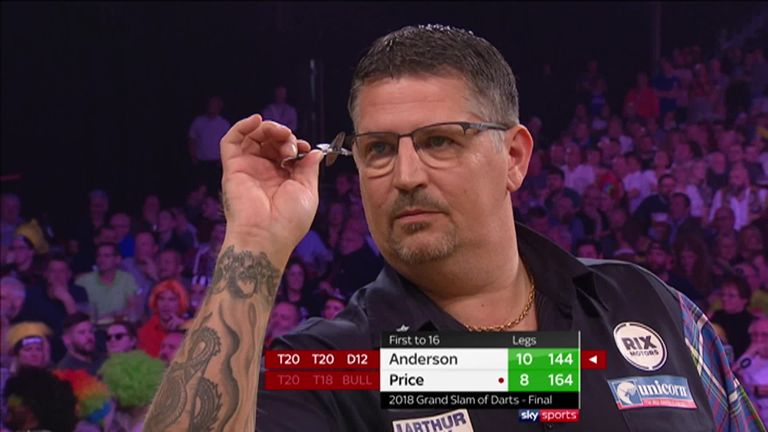 Having only missed four darts at a double in the match, Price added two more in the 21st leg that could have proved costly as Anderson hoovered up for a 12-9 lead.

But once again Price refused to go down without a fight, claiming back-to-back legs with a nerveless 130 drawing him within a leg of the two-time world champion and then pinning double one after the break to level again.

Things got even more heated with the Welshman closing on victory. Price's celebration proved the final straw for Anderson, who tried to nudge his opponent out of the way.

Price then pinned double top for a two-leg lead and closed out the contest with the same double sealing a memorable week that began last Friday with the Welshman getting married and ended with him moving up to No 6 in the world and claiming his first title.

Keep up to date with the news as the tungsten enters its busiest time of year with the PDC World Championships just around the corner get all the latest at www.skysports.com/darts and join in the conversation@SkySportsDarts