Michael van Gerwen is determined to find his 'A' game when he takes on Peter Wright in the final of the World Darts Championship on New Year's Day.

The Dutch top seed has not been at his clinical best at this year's tournament and it was a similar scenario after seeing off Nathan Aspinall 6-3.

Darts' biggest event will reach its climax on New Year's Day as Van Gerwen and Wright go head-to-head for the coveted Sid Waddell Trophy and the £500,000 winner's prize.

Van Gerwen, who defeated 'Snakebite' 7-4 to lift the first of his three World Championship titles in 2014, will be hoping to retain the title for the first time.

The world No 1 told Sky Sports: "Of course with the win I feel phenomenal. It is always nice to be in the final but with my performance, how I played, I'm not too happy.

"It was tough but at the end of the day the most important thing is I won. I'll have to do a bit better in the final." 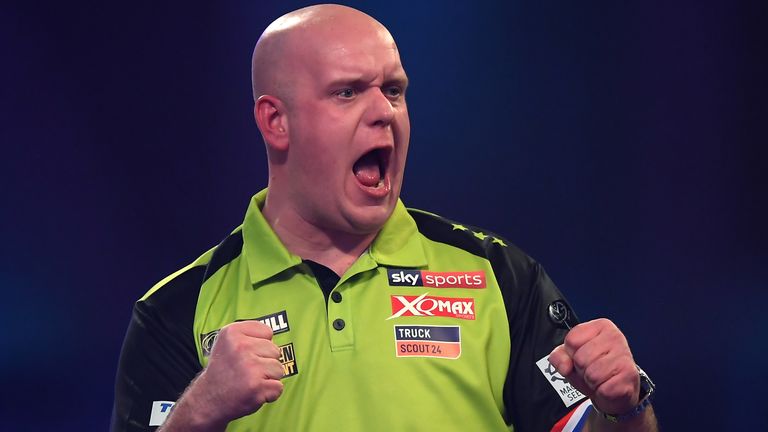 He later spoke of his opponent Wright during the post-match press conference, saying the Scot was afraid of playing him.

"Most of the time Peter plays me he blows up and misses darts at double and that's a good thing for myself," said the Dutchman.

"I hope I can play a bit better than I have been doing so far in this tournament and I'm looking forward to the final.

"I think he's more scared of me than I am of him."

Check out daily Darts news on skysports.com/darts, our app for mobile devices and our Twitter account @skysportsdarts. Coverage of the World Darts Championship continues on Sky Sports Darts with the New Year's Day final getting underway at 7pm.