Will Michael van Gerwen repeat his 2014 triumph or will Peter Wright get his revenge? Find out on Sky Sports Darts and Sky Sports Main Event from 7pm on New Year's Day

Michael van Gerwen will bid for a fourth PDC World Darts Championship title on New Year's Day when he faces Peter Wright in a repeat of the 2014 showpiece.

The Dutch top seed has not been at his best throughout the tournament and struggled to get an early grip on his semi-final at Alexandra Palace but, with Nathan Aspinall missing chances, he proved too strong and came through 6-3.

Scottish veteran Wright, 49, saw off Welsh third-seed Gerwyn Price 6-3 in an ill-tempered clash and is now confident of going on to claim his first world title. But he knows all too well that he is yet to get the better of 'The Green Machine' in a major final.

Mardle: Wright has to believe

"I just think that Peter Wright will feel as good about this final as any other final he's gone into against Michael van Gerwen. It has to be. He has to look at Michael and think 'right, you said you wanted to be pushed because no one was really pushing you' and when he has been pushed, he hasn't found any gears at all. There's no point in producing a 110 average set once, because Peter can cope with that. 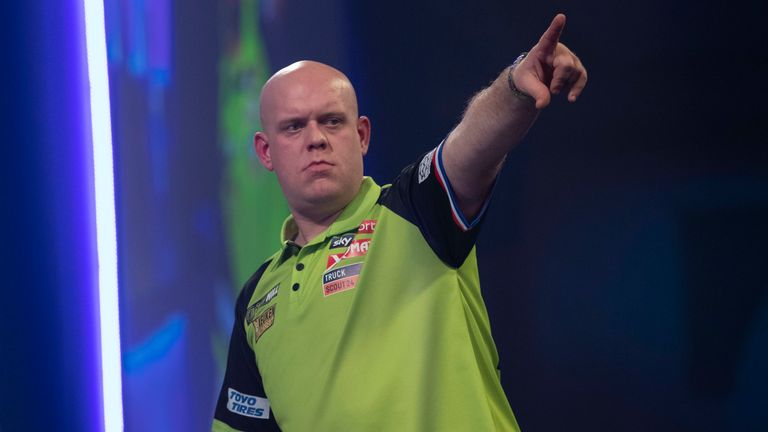 Going into this tournament he'd had 19 ton-plus averages in a row. He's now only had one in his last four. He's out of form but he's winning.

"I'm not saying that Peter Wright is going to beat him in the final. I think Peter has to believe this has to be the best chance. When are we going to say Michael is not playing well, rather than he's going to play well? Well, he's not playing well. He's had one good game."

"Van Gerwen's form is concerning because when he drops below the hundred average, it's normally around 98 or 99 but he's dropping to 96 and 95 and that represents a massive chance for Wright."

"Phil Taylor kept playing poorly, poorly and poorly in 2008, but kept getting through. Even Wayne Mardle beat him! Look, Van Gerwen could turn up and bring his 'A' game and average 106 or 107 and then he's probably going to win. But Wright is actually capable of playing at that level too. If Van Gerwen plays something like we've seen in every other game apart from Stephen Bunting, then Wright will beat him. 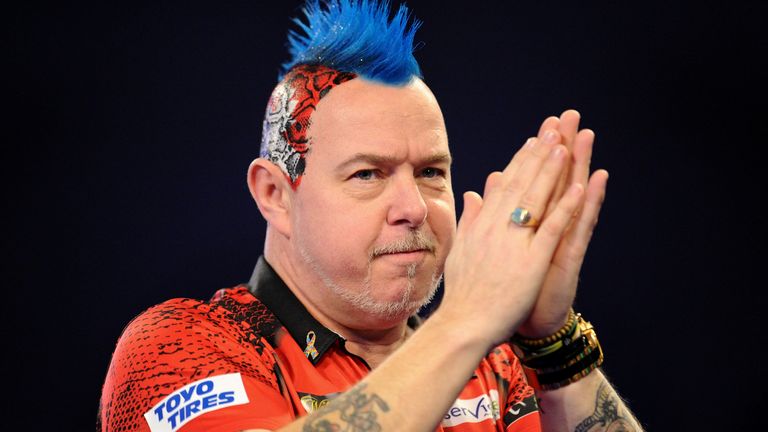 "If Peter Wright gets in a position where he has match darts against Van Gerwen, then everything comes to he who waits. He will throw a dart in the double and he will win."

What the players have said ahead of the final... Most of the time Peter plays me he blows up and misses darts at double and that's a good thing for myself. I hope I can play a bit better than I have been doing so far in this tournament and I'm looking forward to the final. I think he's more scared of me than I am of him. 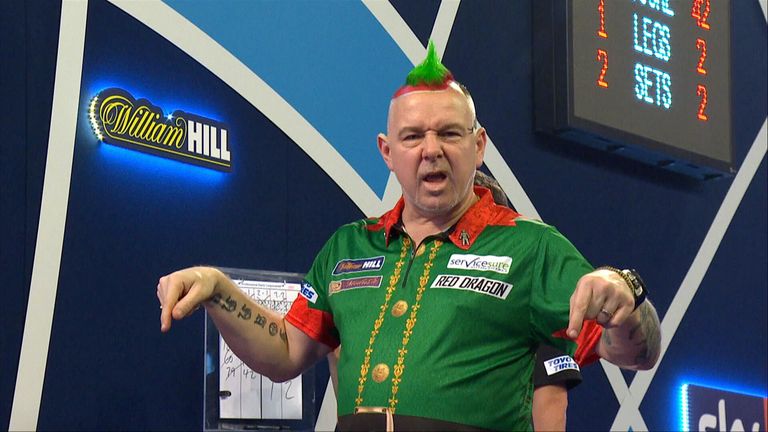 I am not going to throw it away again. I have matured after all these years. Michael hasn't impressed me.

Route to the final...

Van Gerwen's route to the final

Wright's route to the final

Coverage of the World Darts Championship concludes on New Year's Day with the final between MVG and Peter Wright getting underway at 7pm on Sky Sports Darts & Sky Sports Main Event.